The Last Jedi had a lot of great character development for the characters new and old but there was one character who I felt got a little lost in the weeds and that is Finn. 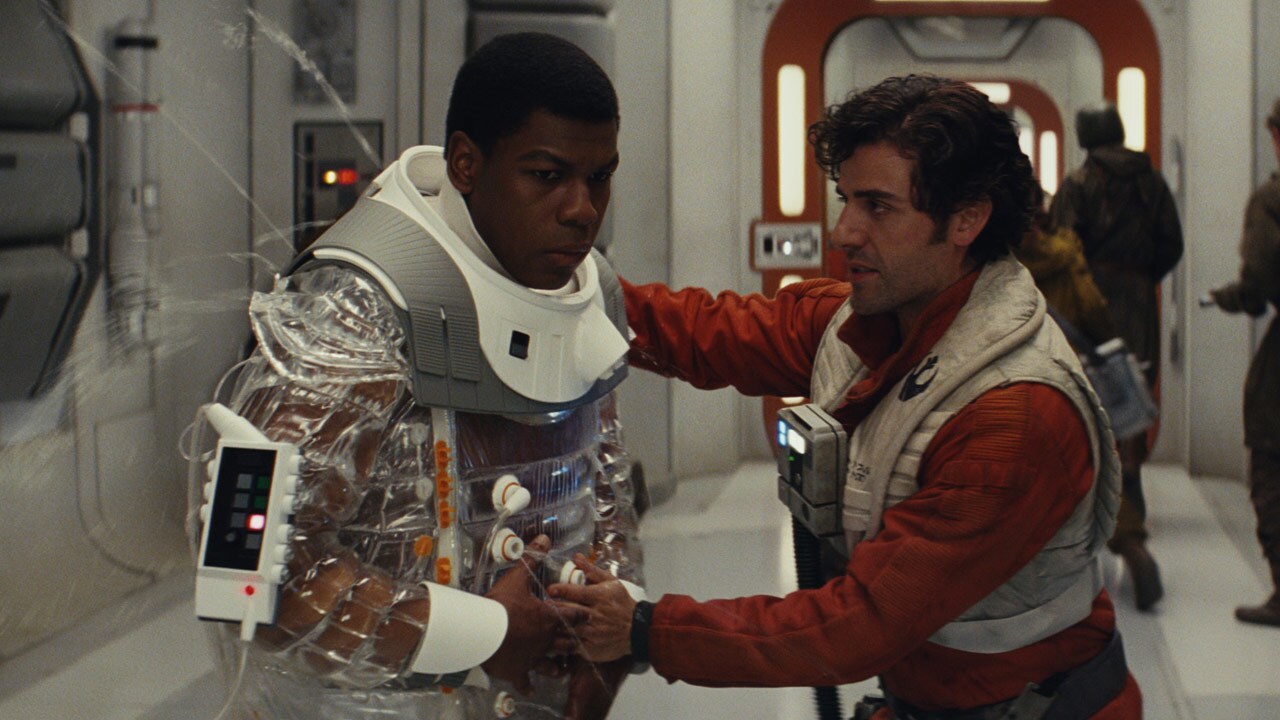 One of the reasons why I didn’t like The Last Jedi after the first viewing was I felt that Rian Johnson took Finn, who was one of the most important characters in The Force Awakens, and placed him on the back burner to introduce a new heroine, Rose. After the second viewing of the movie I realized he actually had been given some development as Rian Johnson cemented his stance as a Resistance fighter rather than still remaining on the fence of his allegiances. But there’s still something about Finn’s story that has been lost in the creative process of there being two different writers between two movies and that is the topic of Finn’s Force-sensitivity.

Stormtroopers have faced death and the loss of their comrades for decades (The Clone Wars series is full of this) but its never made a stormtrooper suddenly rethink his life and want to become a good person. So why did this happen to FN-2187? What’s so different about this stormtrooper? Simple. He has the Force and it awakened within him at that moment! It’s the only logical thing that makes sense. If you watch that scene and you hear the sound effects they use at that moment when he realizes the horror of his situation it’s kind of clear the subtle implications they were pushing of him having the Force. And then the fact that Kylo Ren sensed him also sends slight signals that Finn had dregs of the Force.

Secondly, how in the world did Finn find his way through the desolate Jakku wasteland after crashing on the hot planet and end up in the same location as Rey and BB-8? Oh, I know, the Force! It’s clear as day. He could’ve gone in any direction, he could’ve ended up anywhere, but coincidentally he found his way to Niima Outpost. If that doesn’t sound like the happenings of someone with the Force I don’t know what to say. Here’s more proof. 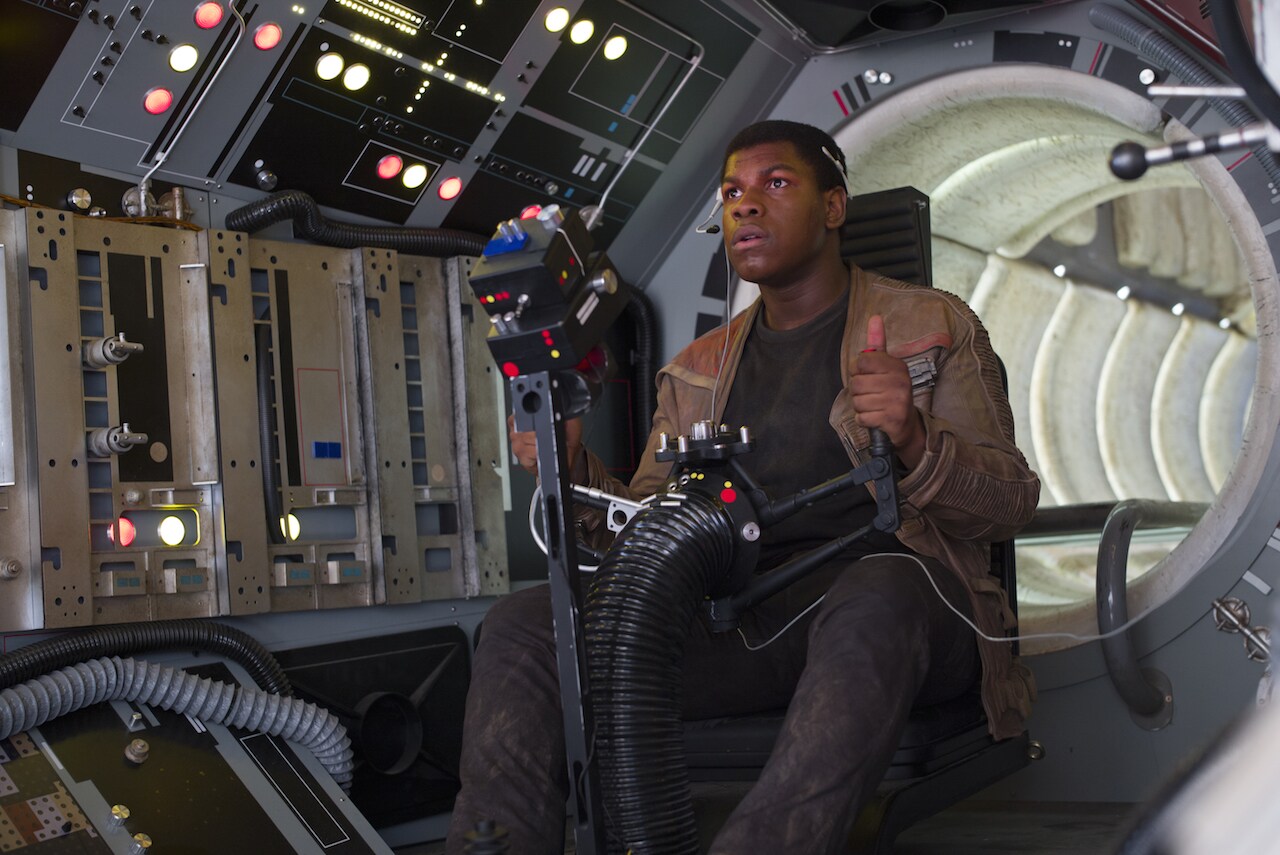 In both the Tie Fighter and the Millenium Falcon Finn didn’t exactly know how to use the guns on those ships but he learned the controls quickly in both instances and helped to aid his friends, Poe and Rey. Individuals with the Force adapt to situations quicker than those without the mystical power. Take Rey for example. She had never piloted a ship before but she flew the Millenium Falcon like someone who was born flying the iconic vessel. And doesn’t she have the Force? Yes. So there goes another clue that Finn has the Force.

And finally, a Star Wars theorist helped open my eyes about this scene and the importance it means to Finn’s strength with the Force and this is what it was. When Finn was just about to leave Maz’s planet with the pirates he heard screaming and looked towards the sky where he saw the StarKiller Base’s death beam racing through space. Now for the longest time I thought the screaming was from spectators seeing the beam along with him but in fact at that moment he was the only one who saw the beam. That means the screams he was hearing was from those in the Hosnian Prime about to die. Sounds familiar?

Obi-Wan Kenobi, a Jedi, experienced the same thing when he sensed the deaths of millions of people as the Death Star annihilated Alderaan. Finn sensed their peril across thousands of star systems just like Obi-Wan did! Is there any more proof needed that reveals Finn has the Force? Uh, I don’t think so.

So, after The Force Awakens, it was kind of obvious that Finn, while he wasn’t as strong with the Force as say, Rey was, he definitely was in tune with the mystical power. Then we come to The Last Jedi and all of that exciting development went down the drain. 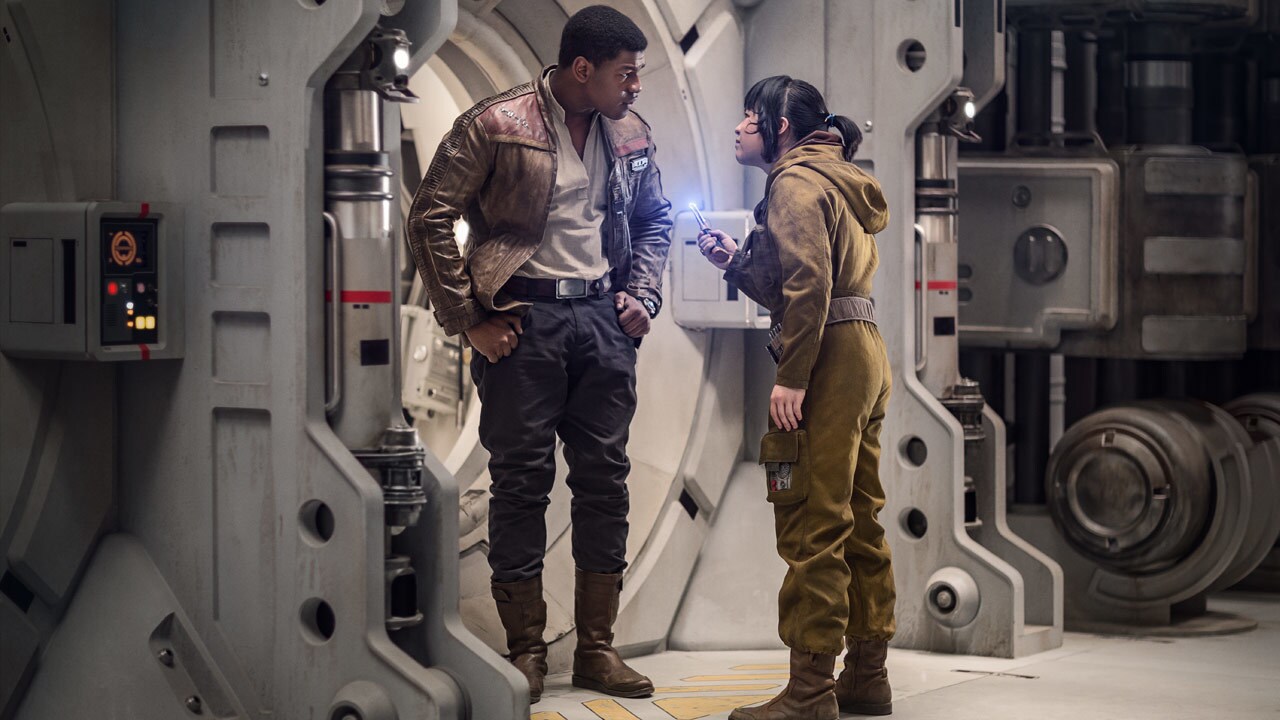 Finn became a regular human being, which isn’t exactly a bad thing but it is a little unfortunate. The idea of Finn having the Force could’ve been explored so thoroughly in The Last Jedi and would’ve undoubtedly enhanced his part in the story. I mean, can you imagine his strength with the Force increasing and by the end of movie he’s learned to at least perform a mind trick on somebody? That would’ve been awesome.

Sadly, that was not the case and now the story of Finn from The Force Awakens to The Last Jedi is slightly disjointed. So here’s my question; is Finn Force-sensitive or not? In one movie it seems pretty clear that he does have the Force and then in the very next movie, which takes place only shortly after The Force Awakens ends, he doesn’t seem to have an inkling of the Force. What’s the deal Star Wars?

Thankfully with J.J Abrams coming back maybe that idea of Finn actually having the mystical power will come to fruition or maybe Episode IX will officially squash this theory. I have over a year and a half to find out.

I thank you for reading and I hope you have a beautiful day. May the Force Be With You.

3 thoughts on “So Here’s A Question: Is Finn Force-Sensitive or Not?”