Superhero movies have become the staple of blockbusters for the past decade with movies featuring major and not-so-major Marvel and DC Comics characters, taking these heroes straight from the comic books onto the big screen and it has been a very enjoyable experience. Now, with Avengers: Infinity War coming out in nearly a month and more superhero movies (Ant-Man and the Wasp and Aquaman) gracing the big screen later on this year I would like to share with you my ten favorite superheroes. Enjoy!

Okay, I didn’t even realize how much I liked Bucky until I saw him in the end-credits scene in Black Panther. I got giddily excited seeing him and that’s saying something. Throughout the films he has been in he has slowly begun to grow on me and now I can honestly say he is one of my favorite superheroes. I can’t wait to see him return in Avengers: Infinity War and I’m beyond ecstatic to see what his new vibranium arm can do.

I used to not like Thor. In fact, I thought he was kind of lame. He was this pretty-faced, god of thunder with flowing golden locks and a special hammer and he just wasn’t cool to me. Whenever he was around the other Avengers he was always the one I was least interested in. And then there was Thor: Ragnarok and my view of him changed completely.

Not only was he funny but the fact that they gave him a complete, unconventional makeover by cutting his golden mane and ridding him of his hammer was the perfect growth for him. After seeing the film a few times I actually really like him now and I’m so glad about it.

I am SO excited to see Avengers: Infinity War and one of those reasons is because of Black Widow. She’s been on the run since Captain America: Civil War and now that she’s back it’s awesome to see how different she has become. Her signature red hair is now replaced by a blond do-over, she’s got new weapons and a new outfit, but I’m sure she still the same kick-butt hero she was the last time I saw her. Another thing that’s exciting about her return in Avengers: Infinity War is how prominent her role seems to be in the movie. For a long time she was just a sidekick, a pretty face among the rugged male heroes, but now she’s standing alongside Captain America not as a co-star but as a leader in her own right and it’s kind of amazing. And that’s why I can’t wait to see her movie in 2020 because I know for a fact it’s going to be off the chain! 🙂 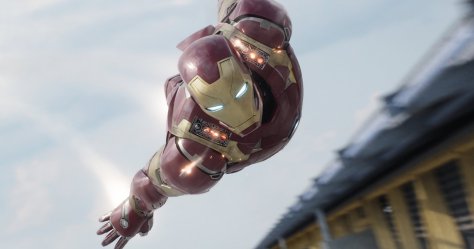 For a long time Iron Man was my favorite Marvel superhero because, well, Iron Man is AWESOME but he’s lost his top spot only because he hasn’t evolved much since 2008. Yes, his suit changes with every film but overall the character of Iron Man ultimately hasn’t changed a lot. He hasn’t had a lot of mind-blowing upgrades or exciting makeovers but, due to the trailers from Avengers: Infinity War, it looks like Iron Man will finally get an incredible upgrade and I’m excited to see it. 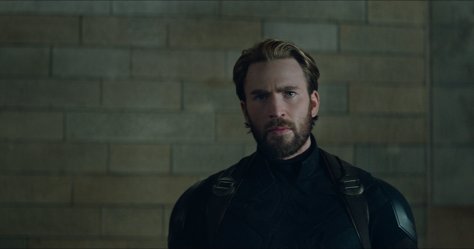 The first time I was really introduced to Captain America was in The Avengers and I have to admit, I didn’t like him very much. He was too serious, his suit was awful, and he just didn’t fit into the team to me. I hadn’t seen the first Captain America film and so I didn’t really understand where he was coming from in The Avengers film. And then after The Winter Soldier, I seriously warmed up to the shield-bearing hero. He was a good man, he was benevolent, and he stood up for his beliefs in a heroic way. I loved Captain America after that film and my fondness for the hero has only grown since.

And now, after his return in Avengers: Infinity War, I am even more excited to see him. Like Thor, he’s gotten himself a surprising makeover as he now dons a beard and longer hair and my response to that is thumbs up! I love the new Captain America and I’m so glad he got such an awesome makeover. I also can’t wait to see his new gauntlets in action. That’s going to be pretty cool.

Spider-Man has never been one of my favorite superheroes…until now. Spider-Man is so cute and fun and he’s rather heroic in his own Spider-Manny way. Marvel has really outdone themselves on the beloved character. When I become a fan of the web-slinging hero I know that Marvel has done something very right. And who doesn’t love his incredible suit? Can I have one?

Black Panther has been awesome since he debuted in Captain America: Civil War and his movie only made him that much cooler. I love his vibranium suit, I love his new abilities, and the compassionate King T’Challa makes the hero that much more lovable.

I knew Benedict Cumberbatch mostly from his incredible role as Smaug and Sauron in The Hobbit Trilogy. Ever since then I have liked Cumberbatch’s work. I was worried about a talking dragon in a film, I didn’t think it would work. But his voice was so scary and so perfectly matched with the terrifying beast that I still say that seeing The Hobbit: The Desolation of Smaug at the movies, in IMAX, was one of the best movie experiences I have ever had.

Marvel picking him as Doctor Strange is one of the most genius castings they have done so far. Not only is he a marvelous actor but he really embodies Doctor Strange perfectly. I’ve only watched one movie with him and he’s already one of the coolest superheroes I have ever seen. He’s definitely my third favorite superhero.

Wonder Woman is an epic character, simple as that. I mean she’s literally an Amazonian princess with a shield, a truth-telling lasso, a sword, and her magnificent bracers. And she’s also very pretty too. She’s just a wonderful character. Her debut film wasn’t perfect but I’m totally excited to see her school all the boys in Justice League.

Wonder Woman is undoubtedly my favorite female superhero and is so amazing she wasn’t going to be anywhere else but in second place.

And this picture tells it all. From Michael Keaton’s Batman way back in the 80s’ to Ben Affleck’s Batman of the present, this dark-suited hero has always been epic. The bat ears, the fantastic flowing cape, the awe-inspiring vehicles and gadgets, Batman is AWESOME! This hero is so incredible that even Ben Affleck could pull the beloved character off. I have to say, Christian Bale’s Batman is the best rendition of the dark knight so far (mainly because of Christopher Nolan’s genius.) He was the most believable Batman and Christian Bale really immersed himself in the dark role of the troubled hero. Besides, Batman movies have the scariest villains. That makes Batman all the more incredible.

I could talk on and on about this winged hero but to get to the point yes, he is my favorite superhero out of all of the heroes throughout all of the various comics.

I hope you enjoyed this post and I thank you for reading. Have a beautiful day.

2 thoughts on “My Ten Favorite Superheroes”