When Scarlet Witch was introduced in Avengers: Age of Ultron I was excited for a couple of reasons. One, she was another female superhero who had been added to the then meager list. Two, she was very cool. I really liked her. And ever since her debut I’ve grown to like her character more and more and now I’m legitimately excited to see her in Infinity War. So today I’m going to share with you her evolution throughout the couple of movies that she has been a part of. Enjoy!

Wanda Maximoff had experienced a traumatic life. She had lived with her parents and twin brother for a majority of her younger years but then lost them in an explosion that was caused with weapons bearing Stark’s name. She wanted revenge and allowed a Hydra scientist to tamper with her DNA and make her an enhanced being through the power of the Tesseract. I can’t imagine how torturous that ordeal must’ve been for her but she and her brother survived the experiment and began their revenge tour on Stark and co. a.k.a The Avengers.

At first she was a compatriot of Ultron as she thought the AI robot would provide her and her brother the revenge against Stark that she wanted but when she found out Ultron was planning to make all life one Earth extinct she had to act. This shows the tremendous good in Wanda. If she had been truly blinded by hate and anger she would’ve stayed on Ultron’s side, despite the eventual outcome to life on Earth, and reveled in the Avengers’ defeat, which would’ve of course been terrible. But she didn’t allow that and sided with the Avengers instead, despite having to fight alongside Tony Stark, the man that she had hated for so long.

But even then she was very unsure of herself. I mean, she had partially helped bring the monster, Ultron, to life by freaking Tony out to the point that he created the life-erasing machine. But Hawkeye, who is kind of like the sensible father to all of the Avengers, helped make her understand that yes, she had done some wrong things, but that didn’t matter. The world needed her and it was going to be the choice that she made on the floating Sokovia that would actually matter. Long story short, she took his advice and became an Avenger, her twin brother unfortunately died which was a huge growth for her considering that she would then have to continue on without him, and she became the hero that she was always meant to be.

Scarlet Witch’s story only got tougher in Civil War after she accidentally killed Wakandan operatives in a scuffle. The monster that she feared she was had finally started to become true and she didn’t know how to exactly handle that. She wanted to pretend that she was normal but she knew how her friends looked at her, how they kept their distance from her like as if she was some strange freak. It was starting to get to her and she didn’t know if she trusted herself anymore. Now this is where Vision comes in.

She and Vision are very alike in the fact that they both are extremely powerful beings that no one else can quite understand except for each other. When Wanda is at her lowest Vision is there to tell her that she’s not alone. That there is someone there who is willing to stand by her side no matter what and can see the beauty and kindness in her that everyone else is too scared to discover. Wanda finds this unyielding companionship in Vision and she genuinely begins to start liking him. 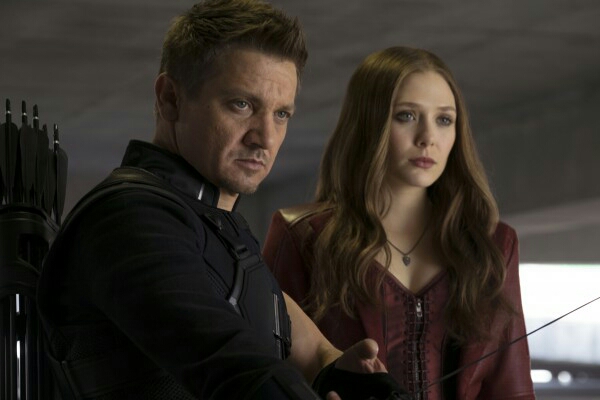 By the end of her involvement in Civil War she has, however, made a choice and decided that she’s not going to care what anyone thinks about her. She sides with Captain America because do you really think she would ever join Tony Stark, no, and she is jailed for her traitorous acts but she doesn’t care. At least she feels confident in her place in the whole scheme of things and she is willing to make her own path, even if that means going against her best friend in Vision. 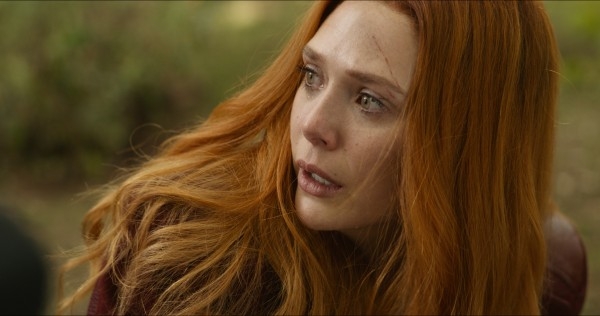 Because of all of the secrecy surrounding Avengers: Infinity War I have absolutely zero idea of what Scarlet Witch’s involvement in the film will be other than the fact that she will most likely provide the movie’s main aspect of romance with her growing romance with Vision but I’m sure she’ll have a larger story than that. I can’t wait to see how far she evolves in this next film and I couldn’t be more excited. It’s only eight days away! Yes!