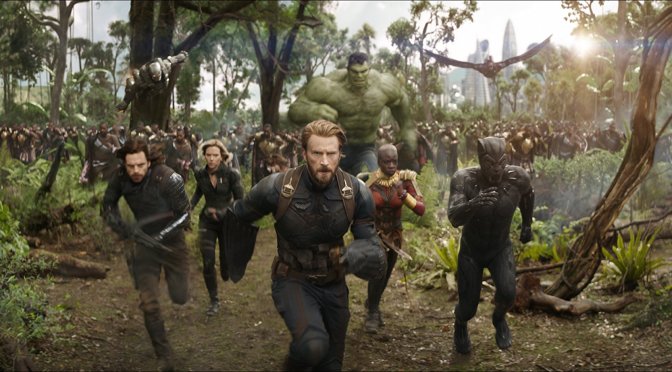 Oh my goodness! Oh my goodness!! Oh my goodness!!!! I can’t believe it. Avengers: Infinity War is coming out in two days. People have seen the movie. It’s kind of unbelievable. For six years Marvel has been teasing us with this eventual arrival of Thanos. He appeared in the end post-credits scene of The Avengers as it showed him smiling to the camera. In Guardians of the Galaxy we got a brief cameo of the Mad Titan that showed him finally speaking. In Avengers: Age of Ultron he appeared in yet another post-credits scene but this time he was putting on his infamous Infinity Gauntlet and said, “Fine. I’ll do it myself” with that satirical smile of his. And then his latest appearance was in the post-credits scene for Thor: Ragnarok as we see, obviously, his massive ship appearing in front of Thor’s vessel heading towards Earth in space.

Now the time has finally come where we get to see Thanos in the flesh as an actual character ready to make his presence known and I couldn’t be more pumped. For ten years all of these movies have been leading to this one movie, this one moment, and I honestly can’t believe we’re nearly here.

For a few weeks now I’ve been writing posts about the evolution of nearly all of these major superheroes in anticipation for this film and now the moment is nearly upon us when we get to see what these characters’ journeys have all been leading to. I honestly couldn’t be more thrilled. 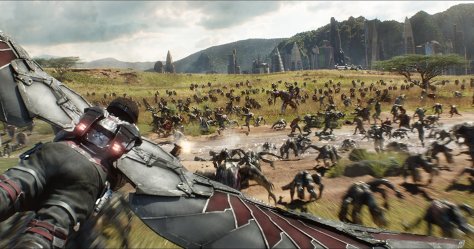 I can’t wait to see the action because one thing Marvel never seems to fail on is the action. I remember when I saw Civil War for the first time. The airport fight and the Iron Man/Bucky/Captain America showdown were hands down some of the greatest action scenes to appear in the MCU and this movie has nearly double the heroes and twice the stakes. I can’t wait to see some epic collaborations between these heroes that’ll make my jaw drop because there will undoubtedly be some incredible moments.

I’m also ecstatic because I know so little about this movie. People have seen the film and they’ve started writing reviews but I’m steering clear of those reviews because it’s been a while since I’ve gone into a theater with next to zero knowledge of what’s going to happen in a film. When I went to see The Last Jedi I had a good idea of what I was going to see in the movie. Now the film still ended up not being what I expected but I had an idea of what I was going to see and when I was going to see those scenes. With Avengers: Infinity War I am legitimately in the blue and I couldn’t be happier.

I’m also SUPER excited to hear the music for the movie. The Avengers theme is hands down the most epic theme in the MCU and I can’t wait to hopefully hear that iconic set of music appear in the film. I’m also interested in hearing other themes in the movie like Thanos’s undoubtedly menacing theme or the Guardians’ music. That’ll be pretty awesome.

I thank you for reading and I hope you have an infinitely incredible day. 🙂 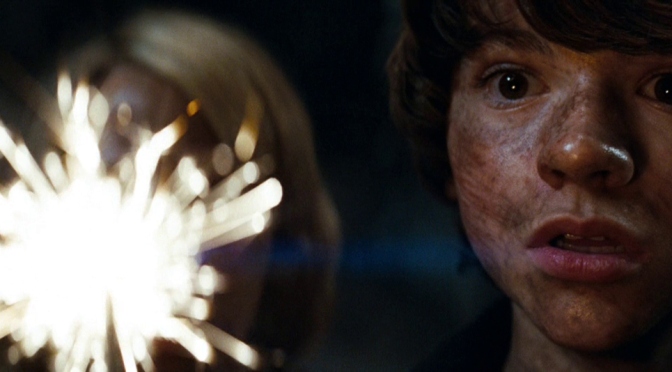 Yesterday I was interested in watching a new film and I came across this movie that came out in 2011 called Super 8. Now I remember when it came out back then. It was a big deal because it brought legendary producer/director Steven Spielberg and the fantastic J.J Abrams together to make this incredible science-fiction film but I had only seen a tiny portion of the movie but had never finished it. And it was so long ago that I didn’t remember anything about the film. Let me tell you something. This movie is Alien/Predator/E.T. It’s like Alien because of the pure horror aspect of the film, it resembles Predator because the alien (yes, this movie has an alien in it) in the movie is super smart, and it’s like E.T for reasons I can’t explain because then I would be spoiling the movie.

This movie starts kind of slow for the first ten-fifteen minutes and then it roars into life so hard you won’t be able to shut your eyes. The only thing keeping this movie from being too scary is its PG-13 rating. That assured me, throughout the film, that the situations wouldn’t get too horrifying or devastating but this movie definitely had me on the edge of my seat throughout its entirety.

Is it the best movie I’ve ever seen? Not by a long shot. But it was definitely worth the watch. I’d give this film an 87 out of a 100 simply because it could’ve been twenty minutes shorter and the movie’s quality started dwindling a little bit as the film progressed but overall I’m really glad I watched it and I would recommend it to anyone who needs a thrilling movie to watch.

It’s also a great film to watch with children. There’s definitely some violence and a bit of language but besides that there is nothing wrong with this film other than the fact that it’s horrifying at times. If you have children that can handle scary images and just hands down frightening circumstances they will LOVE this film.

I thank you for reading this review and I hope you have a fantastic day.