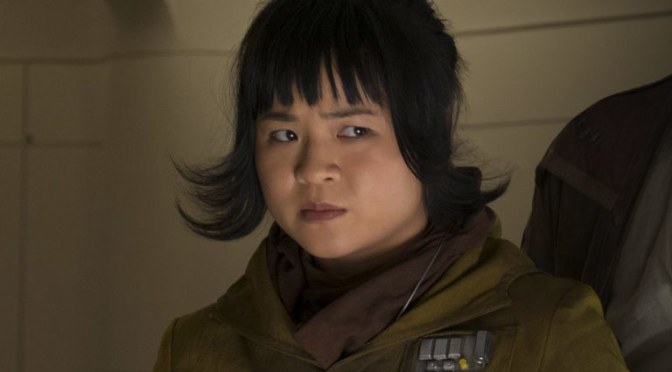 Rian Johnson introduced a new major character to this current trilogy in the form of Rose, a Resistance mechanic who gets swept on an incredible adventure with Finn through the galaxy to stop the First Order. Rose was special for a couple of reasons. First of all, she was another strong woman that was being introduced to the Star Wars universe and that is always exciting. And secondly, she was the first major female Asian character to ever appear in a Star Wars movie and that was yet another boundary the Star Wars franchise had crossed. Awesome! But what now? After the events of The Last Jedi what should happen to her and where should her story go? That’s what I’m about to theorize and I hope you enjoy. 🙂

Rose Was Just A Mechanic But Now She Is A Resistance Fighter. What Next? 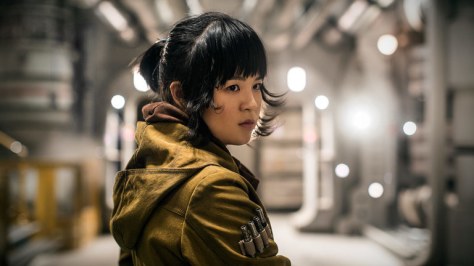 Rose had a tragic beginning to her story. She had just lost her best friend, her older sister, Paige, and she was an emotional wreck but she was able to find something worth caring about again in Finn. Finn, to her, was a shining light that portrayed what the Resistance was all about and she couldn’t help but look up to him but when she found out he was a fraud, of sorts, she couldn’t believe it. As she spent time with him she realized how kind of a person Finn truly was and her caring for him started to take a romantic turn. Long story short, she fought with the Resistance, nearly killed herself to save Finn’s life, and she told the ex-stormtrooper that she loved him. When we see her again in Episode IX what will she be up to? Well, that’s what I’m going to explain in this next segment.

Rose was a Resistance fighter at the end of The Last Jedi but when we see Rose again I think J.J Abrams should keep her as a mechanic but she should undoubtedly be a lead mechanic. I would love to see Rose create some fascinating new upgrades to the X-Wings, the Fleet, and the Resistance soldiers’ weapons and gear that could help the Resistance in their fight against the First Order. That would be a great use of her character and could make her a very important character to this last movie.

I mean, what if she could make something, a weapon or some sort of device, that was so powerful that the First Order would be deathly afraid of it like the Rebellion used to react when they heard of the first Death Star? Not only would that be something that hasn’t happened before in Star Wars but it would also truly incorporate that mechanical aspect of hers. If we turn her into a plain Resistance fighter like everyone else she won’t be any different than Finn or Poe but if she’s the one who’s behind-the-scenes making mechanical upgrades that could help the Resistance in their fight against the First Order that would be pretty incredible.

Of course, she’ll still have a compelling story as she delves into her feelings with Finn and tries to defeat the First Order for her deceased sister, Rose, but I feel that that would be the most imaginative way to use her character.

I thank you for reading this theory and I hope you have a fantastic day. May the Force Be With You. 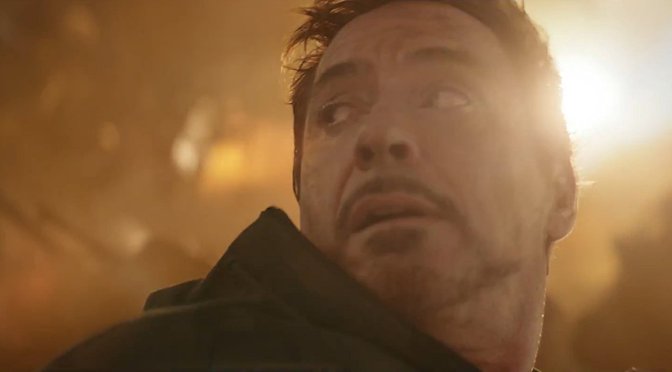 It’s been one day since I’ve seen Avengers: Infinity War and I’m still reeling from the movie’s climactic ending. Of course, I can’t tell you what happens and you should DEFINITELY avoid spoilers but I can say this…you won’t see it coming and it’s legitimately stunning. Now let me tell you about the rest of the movie (spoiler-free) before I delve into massive spoiler territory. Enjoy!

As soon as you see the Marvel Studios graphic at the beginning of the movie you completely understand that this isn’t going to be your typical Marvel film. The film begins darkly with a terrible and terrifying scene that had me nearly shedding tears and the movie truly doesn’t let go thereafter. Situations become more dire as the movie progresses, characters are faced with foes that prove to be very formidable, character relationships are pushed to the test, and the stakes for humanity are raised to the max.

Now is this film incredibly dire throughout? No and yes. There is quite a bit of a humor in the movie which is actually rather surprising. In fact, it’s the funniest Marvel movie, in my opinion, to date. I have never laughed so hard at a superhero movie but don’t let this make you concoct a picture that this movie is light because it isn’t. It’s funny when it needs to be funny but it’s dark when it needs to be dark as well. And let me tell you, the ending of this film is anything but funny.