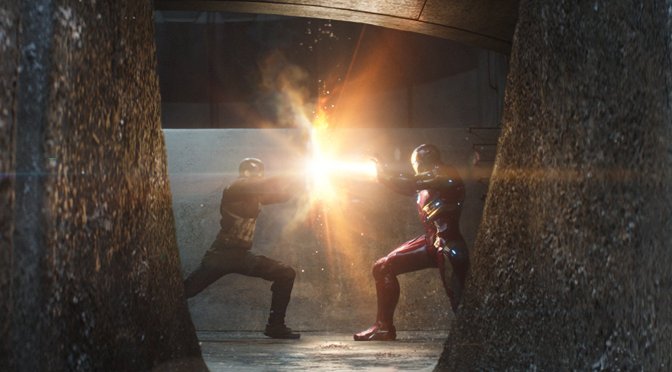 One of my favorite things about movies are the eventual conclusions a film’s story is unknowingly leading to. Some films have predictable endings that you can see coming from a mile away while the best movies leave you on the edge of your seat all the way until the end and then rewards you with a shocking climax that you won’t soon forget. While the MCU at first installed only mediocre entries into their franchise their films of late have been downright phenomenal. True masterworks of storytelling and climax building. But which Marvel movies have the best ending? That’s what I’m excited to share with you. Enjoy!

Captain America: The Winter Soldier is one of my favorite Marvel films because it’s entertaining through and through and this ending was just exciting to see. The thought of Captain America and Falcon trying to find Bucky after he just went “good” was an exciting prospect and an interesting story lead into Civil War.

9. Guardians of the Galaxy

After the surprising delight of Guardians of the Galaxy the fun ending of the film with Peter Quill and co. deciding what their next objective was going to be is just the perfect climax to their adventure. They’ve just saved the galaxy, yes, but at heart they are still a bunch of misfits just wanting to have a bit of fun. Seeing the Milano fly off into space with the Jackson Five’s “ABC” playing is just 100% movie magic. 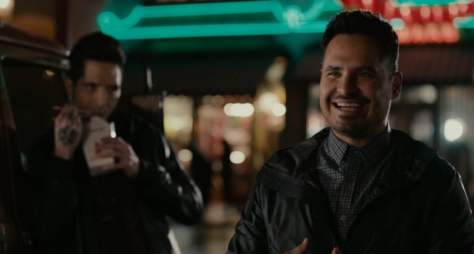 While Ant-Man might not be the greatest Marvel movie ever made the ending is so much fun. Luis telling Scott his story about Falcon giving him the thumbs up to join The Avengers is not only exciting but perfectly leads into Civil War. I remember watching Ant-Man for the first time shortly before seeing Civil War for the first time and I was positively blown away by that awesome ending. It’s definitely one of my favorites.

I don’t like The First Avenger very much but the ending to the movie is one to give you goosebumps as Steve Rogers wakes up and finds himself not in a 1940s’ New York City but rather the bright lights of this century’s Time Square. The look of horror on his face as he sees this world that he could never have imagined around him is just brilliant and easily the highlight of the movie for me. 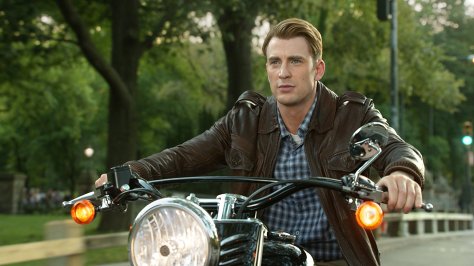 The Avengers was the first really great movie in the MCU and after the long and fantastic Battle of New York the film came to a rather satisfying ending with Loki getting transported with Thor to Asgard, the rest of the Avengers going their own separate ways, Nick Fury explaining to the heads of S.H.I.E.L.D how awesome his superhero squad, and all of this is set to the classic “Avengers” theme. That’s epic. And then to see the Stark building at the end of the film with just the letter A remaining with Stark and Pepper inside its torn up confines getting ready to turn it into The Avengers tower with the music reaching a climactic crescendo gives me goosebumps every time. I love this ending.

If you’ve read my post about my ten favorite Marvel scenes you will know that this ending is one of my favorites in the MCU because it’s so magical. Especially after watching Infinity War. I mean, look at this picture. The picture is epic in itself. End of discussion.

Even though this scene is technically an end-credits scene it still feels deeply connected to the film and it is the perfect ending for Black Panther as King T’Challa announces that he’s ready to open Wakanda to the world. My favorite part is when a man participating at the council asks T’Challa, “Excuse me, but what can a country of farmers provide the rest of the world?” and the Wakandans just smile knowingly. I can’t wait to see just exactly what the impact of their decision of opening Wakanda to the world will mean in future movies.

The Russo Brothers have proven themselves to be some of the best directors in the MCU as their movies have been the most riveting and climactic entries in the MCU and Civil War is no exception. Next to Infinity War it has the most heartbreaking conclusion as The Avengers are fractured and the friendship between Steve Rogers and Tony Stark is ultimately broken. But there is a sliver of hope that the former bond between the two Avengers leaders can be mended with that simple cell phone Captain America gave to Iron Man in case of an emergency. (We’ve seen what that emergency is. Yay!) Maybe we’ll finally get a face-to-face meeting between them again in Avengers 4. Whatever the case this is a great ending.

Between Peter Parker getting the chance to become an Avenger but heroically turning the offer down, seeing the Iron Spider Suit for the first time, and Aunt May cursing as she sees that her nephew is indeed the Spider-Man this ending is undoubtedly one of my favorites. It’s hilarious, it’s awesome, and it just makes me so happy every time I watch it.

It’s no surprise at all this is the greatest ending in the MCU because one, it was epic and two, it was one of the greatest twists I could’ve never seen coming in a movie. Of course, it was such a jaw-dropping ending with such a devastating outcome that it’s destined to be reversed in one way or another but despite knowing that I still absolutely love it. For Marvel to make the bold choices they did with this film was not only refreshing but exciting in so many ways. And Thor actor Chris Hemsworth has already said Avengers 4 will shock us even more? I’m counting down the days to see the finale to this two-part epic.

Well, these are the endings in the MCU that have made me the happiest in the past several years and I can’t wait to see more incredible endings to come. I thank you for reading and I hope you have a beautiful day.

One thought on “The Ten Best Endings in the ‘MCU’”