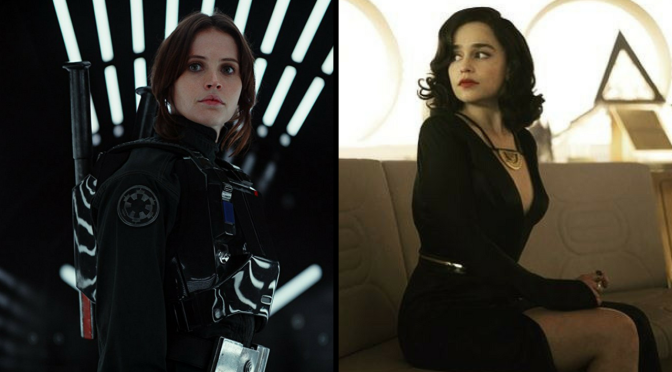 In the past three years there have been two Star Wars Stories for me to enjoy. The first was Rogue One, a Star Wars film that highlighted the ugliness of war in the galaxy from a non Force-wielding perspective. And then Solo was a classic heist film done in a Star Wars fashion that was simply awesome to watch. Both films had compelling leading ladies who took charge when the moments arose and set their own stamp on the Star Wars franchise. But which of the two heroines were cooler? That’s what I’m here to find out. Enjoy!

Qi’Ra, like Han, was an orphan living on the rough streets of Corellia hoping to one day escape the gang they worked for. Unfortunately Han escaped and Qi’Ra didn’t and was forced to work for the crime syndicate, Crimson Dawn for the rest of her life.

In Solo we see Qi’Ra’s many chances at redemption but she’s too far in to the criminal system. She’s made a name for herself in the criminal underworld and she wasn’t about to give that up, even for Han, the man she loved. But at the end of the day, he escaped to live his life while she remained on Corellia. You have to think that through those years she acquired some bitterness to her ex-boyfriend. It’s probably why she was able to make the decision to betray him so easily.

Qi’Ra has been through the wringer and I’m super interested in seeing where her story continues. 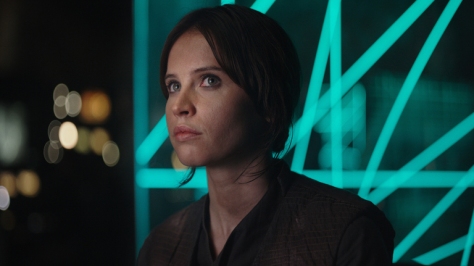 Jyn’s story is one of tragedy. She lost her mother when she was but a child. She was abandoned as a teenager by the only people she could call family; Saw Gerrera and his rebels. And, in an attempt to find out what the Empire was building, her only family member remaining, her father Galen Erso, was killed before her very eyes.

And yet through all of this sorrow she kept on fighting to the very end. That’s quite inspiring indeed.

Honestly, both of these women have compelling storylines that I would love to no more of. I have this category at a tie.

One thing Qi’Ra has in abundance is style. From her tough but pretty look in Corellia with the low-necked red shirt and fur-lined coat to her effortless outfit in this picture. Qi’Ra knows how to make her presence be known simply with the clothes that she wears and that’s always awesome. 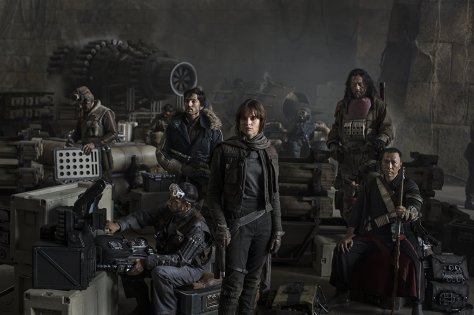 And then you have Jyn who is tough, tough, tough. There is no skin showing, no excessively tight garments to accentuate any curves. Jyn is dressed like a warrior fit for all conditions and that’s why I love her so much. Everything she has on is practical and yet still provides an undeniable swagger.

While I love Qi’Ra’s beautiful wardrobe throughout the movie I’m a fan of Jyn’s outfit. This category has a close but clear winner.

Qi’Ra displayed that she was much more than just a pretty face as we got to see her kick plenty of butt in the film. She learned a specific martial arts skill in her years with Crimson Dawn and it was simply fascinating to observe. I’d love to see her use the combative skill a little more in the future. 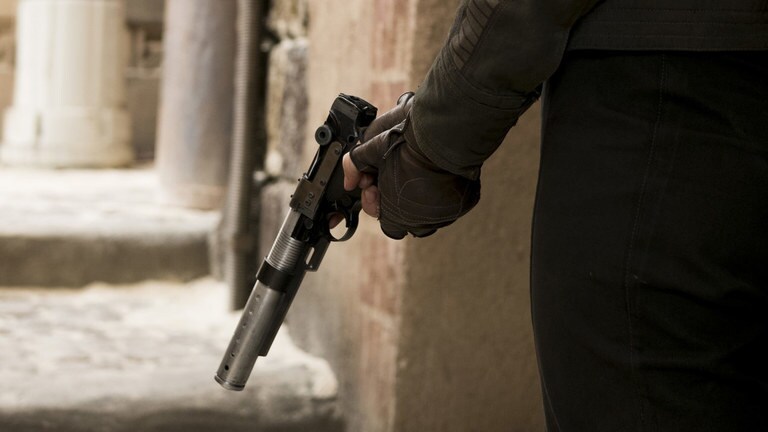 And Jyn Erso was taught quite the combative skills as well during her years under Saw’s guidance. We see her use those skills only once in the movie as she defeats several stormtroopers simply with close-combat. That’s impressive indeed.

Both women clearly are warriors in their own right but if these two women happened to have a fight I think Qi’Ra would win. Hence the winner of this category.

It Seems We’ve Got a Tie!

Well, due to the way things shook out it looks like both of these women are equally awesome. They both have unique, compelling stories. They’re both incredibly fashionable, in their own special ways. And they can both kick butt if they need too. They are totally my type of heroines. 🙂

I thank you for reading and I hope you have a splendid day. May the Force be with you.