The Marvel movies are done for the year and now we must look forward to the future. The next MCU film that is set to come out is Captain Marvel which is set to come out on March 8, 2019. No material has come out about the film yet which is a little strange considering that the movie is coming out in little over half a year but it seems that is coming to end.

Rumors have begun circling that the first look at Captain Marvel via trailer will be debuting sometime this month. That is so exciting!

I’m one of those people who have zero clue of who Captain Marvel is. I know she’s supposedly very powerful but beyond that I’m utterly clueless. And the synopsis for the film doesn’t help things. Here it is.

Carol Danvers becomes one of the universe’s most powerful heroes when Earth is caught in the middle of a galactic war between two alien races.

This sounds like quite an awesome origin story and I absolutely can’t wait to see what happens. The simple fact that it’s being kept so secret pretty much proves how incredible this movie is going to be.

So, if you were like me and you wondering when we’ll finally get to see some footage of the film wonder no further. It’s coming soon and I. Am. Ecstatic. I hope the trailer is worth the wait.

It’s common knowledge that Snoke resembled Palpatine in nearly every aspect throughout his involvement in the current Star Wars trilogy but I only recently realized just how much their stories mirror each other and it’s kind of shocking.

One of the big upsets of The Last Jedi was Snoke getting killed off. People had been wondering for two years straight who this strange deformed man was and some people even began to theorize that it was Mace Windu come back for revenge on the Skywalkers. That was an interesting theory but it turned out not to matter as we watched with horror, and shock, this mysterious character get sliced in two right before our very eyes.

It felt like we were being robbed of a great story just to make another character’s journey even greater and there were a few fans who were less than pleased with this surprising decision to eliminate Snoke out of the picture.

Now I, for one, was okay with it because I thought Snoke was too much like Palpatine anyway but it was a bit jarring to see him dead so soon. 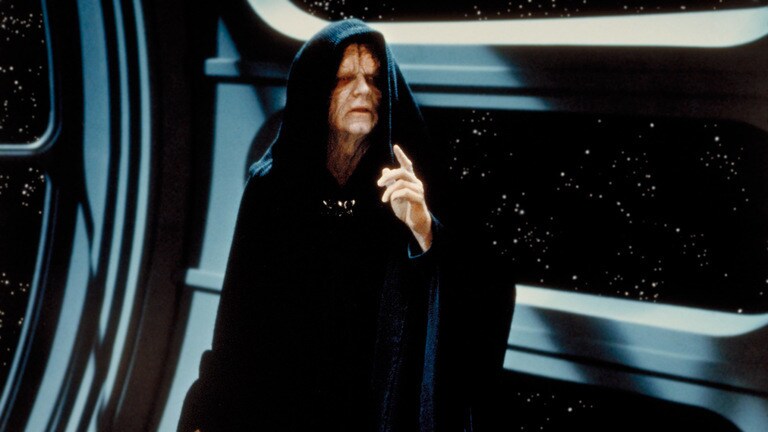 The first Star Wars movies I watched were the prequels and so I knew everything about the rise of Emperor Palpatine but for those who watched the original trilogy for the first time back in the day they didn’t know who Palpatine was. In fact, he was just as mysterious as Snoke as he was introduced for the first time in The Empire Strikes Back as a hologram.

Just imagine how excited people were to see Darth Sidious in the flesh in Return of the Jedi only to have him chucked into the bowels of the Death Star by the end of the movie without a bit of his backstory being revealed. Because it was such a satisfying victory for Darth Vader I don’t think people cared too much about Palpatine’s demise but if there was anyone who wanted to know about the mystery hologram man they were surely disappointed.

The same thing happened with Snoke.

In The Force Awakens we saw him as this monstrous hologram that talked to Kylo Ren and told him about the threat of a new Jedi rising against him. And then we finally got to see him in The Last Jedi just to have him brutally killed out of the movie to further Kylo’s story.

Either Rian Johnson wasn’t paying attention or he went for a straight correlation between these two characters and that’s a bit surprising. One of the reasons why Star Wars has been so loved up to this point is its abundance of originality. Just the other day I wrote a post displaying how unimaginative the Star Wars franchise has become and this observation I just obtained proves that point yet again.