If you may recall Disney is making their own streaming service which is set to arrive next year and it’s going to have all sorts of incredible Disney stuff on it. From a live-action Star Wars show to new live-action movies (like 101 Dalmations) set only to debut on the streaming service. But now, in the last 24 hours, rumors have arrived that it seems that Disney is looking to make some rather awesome live-action Marvel shows focusing on actual characters from the MCU. And, as you can probably guess from the title of this post, the two characters who are front in line to get their own show is yours truly, Loki and Scarlet Witch.

Now, nothing has been confirmed yet but this news seems pretty legit and most likely will happen. The actors who play the characters also haven’t confirmed that they’ll return for these potential live-action shows but it’s still an exciting prospect all the same.

END_OF_DOCUMENT_TOKEN_TO_BE_REPLACED 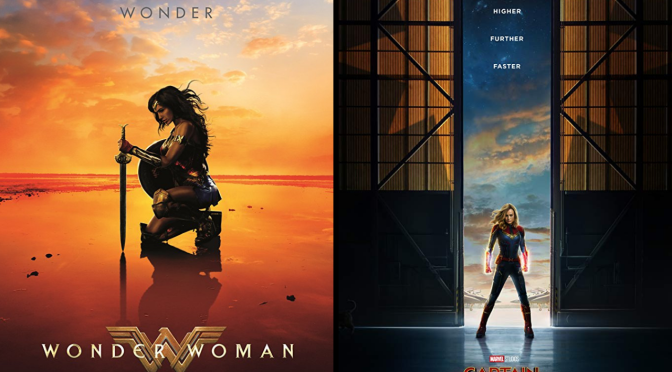 Wonder Woman came out last year to a large array of praise. Not only was it the first female-led superhero film in the modern superhero era but it soared to an outstanding box-office run with $821 million dollars, making it one of the highest grossing films of 2017. It also was the first movie in the DCEU to get legitimate praise from both critics and casual moviegoers who all agreed that Wonder Woman was the new hero of the DCEU.

Fast forward to now and Marvel is presenting their first female-led film with the arrival of Captain Marvel next year. It took twenty movies for a woman to finally get her own standalone film in the MCU but with the arrival of the official trailer just yesterday it seems that the moment we’ve all been waiting for to see Captain Marvel come to life on the big screen is fast approaching. But, because Wonder Woman was the first movie to break the female-led superhero film milestone, comparisons are going to undoubtedly be made and that’s where the topic of this post comes in.

You see, along with the trailer came an incredibly awesome teaser poster that shows Captain Marvel in all of her powerful glory but there’s something a little off about this picture and that is its incredible similarity to the Wonder Woman teaser poster. Let me show you the similarities.

END_OF_DOCUMENT_TOKEN_TO_BE_REPLACED

Book Review | Star Trek: The Next Generation: Bloopers Of The Borg.