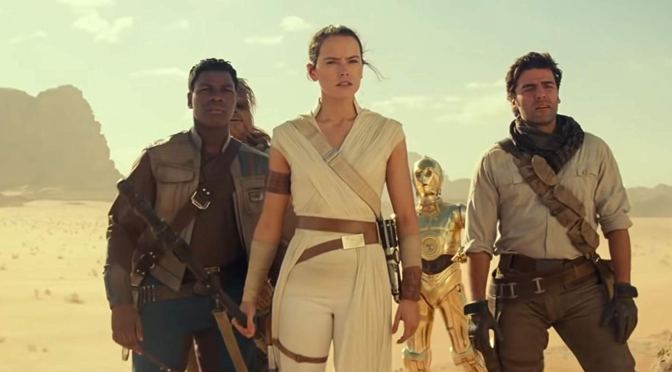 The new footage for The Rise of Skywalker that was released yesterday was expectedly riveting and, as a Star Wars fan, many theories surrounding plots in the film started popping like popcorn in my head and so, naturally, I’m here to share my theories with you. Enjoy!

This clip here doesn’t unveil a fascinating theory but rather just a visually stunning look at a new place, unlike anything we’ve seen before. It appears to be a festival of some kind happening in this vibrant village located on the new planet called Passana and I am already highly intrigued in seeing this incredible sequence on the big screen. END_OF_DOCUMENT_TOKEN_TO_BE_REPLACED

Okay, after a jam-packed Disney weekend it’s finally time to resume my A Hero’s Redemption series and, as I’ve illustrated over the past couple of posts I’ve written to convey the series’ occurrent pause, this series focuses on Thor today. So, on that note, enjoy!

“You Should’ve Gone for the Head.”

To understand the full scope of Thor’s depression in Avengers: Endgame we have to go back to the end of Infinity War when Thor nearly killed Thanos. He thought he had saved the day, that Thanos had been finished, but his aim wasn’t true, and Thanos would end half of all life despite his greatest efforts.

The guilt and regret that ate away at his very being send Thor into a downward spiral of deep depression but just when it seems Thor’s fall from glory is absolute he finds a way to pick himself back up and be the hero that we all know him to be.

This part in the series delves into the detailed account of his redemptive arc in Endgame. END_OF_DOCUMENT_TOKEN_TO_BE_REPLACED

To say the members of The Shadow Collective was fuming was an understatement. Qi’ra had never seen the crime bosses so riled up. END_OF_DOCUMENT_TOKEN_TO_BE_REPLACED

‘The Book of Boba Fett’: Is Luke Skywalker on Tatooine?