Every once in awhile I come up with a new series to share. Today hails another one of those instances and I’m excited to share it with you. Every Thursday I will share with you a specific actor and I will rank the movies that they have starred in. So, because I’ve seen a bunch of films starring Tom Cruise, he is the first actor to be a part of this series. Enjoy! 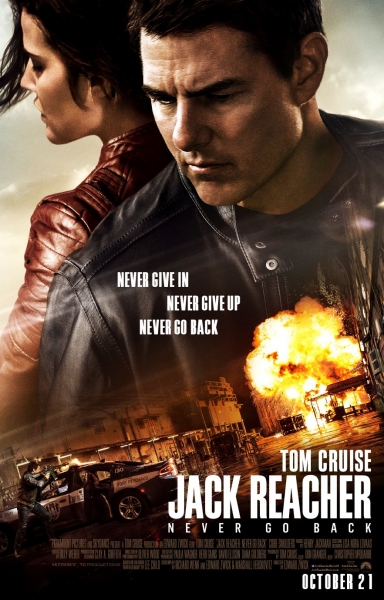 This is the one Tom Cruise movie I have watched that I couldn’t finish. The story was nonengaging and the sexual tension between his character and Cobie Smulders’ character wasn’t making things better.

The only reason why I have this movie before Jack Reacher: Never Goes Back is because I actually finished it whereas I couldn’t (or didn’t want to) finish Never Go Back.

Like its sequel, I couldn’t get through Jack Reacher the first time I watched it but after a second viewing, I managed to struggle my way through it. Unlike my fascination with Ethan Hunt, Jack Reacher isn’t nearly as interesting.

I’ve only seen this movie once, and that was only the second half of the film, but what was very obvious was that the movie wasn’t that good. Tom Cruise and science-fiction can be a good mix if done right, but this film’s story wasn’t good enough to be memorable or watchable.

Six years later, Tom Cruise returned with a comeback and I was impressed. Mission: Impossible III is nowhere near as good as the next three films that would follow in this franchise but it was better than the second one and honestly, that’s all that matters.

Utterly thrilling, Tom Cruise took his action star chops to the next level in this suspenseful 90s’ blockbuster that would become iconic (like many of Tom Cruise’s other works) in cinema.

8. War of the Worlds 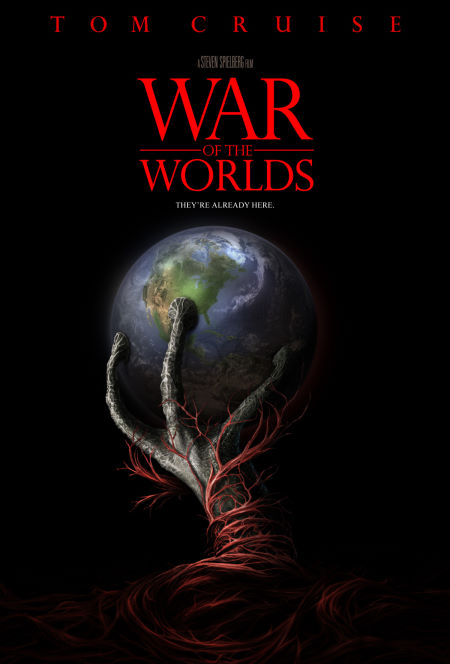 No, this is no Edge of Tomorrow, but every time it’s on I watch it.

With a pretty intriguing storyline that I still don’t understand (last time I watched the film the story lost me) Minority Report shines as one of Tom Cruise’s best works in the science-fiction department. But honestly, where can you go wrong with Steven Spielberg?

Acting as pretty much a reboot of the franchise, Mission: Impossible-Ghost Protocol absolutely destroys its predecessors in quality with a thrillingly action-packed storyline, incredible stunts that still have me wowed, and extraordinary characters to start alongside Tom Cruise’s unstoppable Ethan Hunt.

Tom Cruise doesn’t often ever play villains, making his dark turn in Collateral a bit of a welcome surprise. For once, he was the bad guy of the story and it was thrilling in this utterly riveting film that leaves your eyes riveted to the screen. Tom Cruise and Jamie Foxx are a match made in heaven and their chemistry for this movie works wonders.

I remember seeing the commercials for this movie and thinking to myself, “I don’t want to watch that.” It was June, a few days after my birthday, and my family and I decided to go to the movie theaters. We had a choice; go watch Maleficent or check out Edge of Tomorrow in IMAX. We chose the latter. I’m so glad we did.

You know when you go watch a movie that you don’t think is going to be good and you come away from the film with socks knocked off? That’s what happened to me. I exited that movie theater wide-eyed with thrilled wonder at what I had just witnessed. If you’ve never seen Edge of Tomorrow before, it’s undoubtedly Tom Cruise’s best sci-fi movie and it’s definitely one of his best films of all time. This is a definite must-watch.

This was the first Mission: Impossible movie I had ever seen in IMAX and boy was I impressed. Filled with thrilling action scenes and suspenseful moments, Rogue Nation took the franchise to the next level yet again, blowing Ghost Protocol out of the water and introducing even more interesting characters to the situation. Love this movie!

Henry Cavill (um, Superman) as the villain? Angela Basset as a new CIA agent? More mindblowing Tom Cruise stunts? What could wrong? Obviously nothing. Mission: Impossible-Fallout is one of the best, actually, let me stop being modest, the GREATEST action movie I have ever seen. The tenseness of this movie is literally nonstop.

With so much suspense laced throughout the film, one can develop a headache by the satisfying conclusion of this truly spectacular work of art. I can’t say enough how incredible this film is.

The stunts are OUT OF THIS WORLD, the musical score is utter perfection, and the feeling this movie manages to give me is pure elation. This is the only Mission: Impossible movie I actually went to the store to buy because it really is that good. If you haven’t seen this either, please do. You will not be disappointed.

As a kid, I remember seeing bits and pieces of The Last Samurai but, at the time, I was too young to watch this movie. As an adult, it’s grown to be one of my favorite movies of all time.

With a chill-inducing score by Oscar-winning Hans Zimmer and a beautiful story that unfolds seamlessly and leaves me in a river of tears every time I’ve ever watched this movie, The Last Samurai is undoubtedly my favorite Tom Cruise movie (and his greatest acting performance for sure.)

What’s your favorite Tom Cruise movie? Feel free to share your thoughts in the comments below.