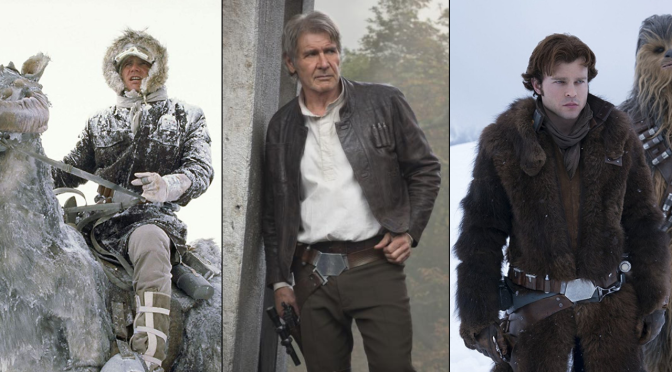 Han Solo is one of those characters who is deceptively stylish. With a simple look and an affinity for jackets, Han Solo’s design has lingered throughout the franchise and placed an impenetrable stamp on his evolution as a character. Today, I’m excited to share the evolution in his journey fashionwise and of course include you in this visual adventure. Enjoy! 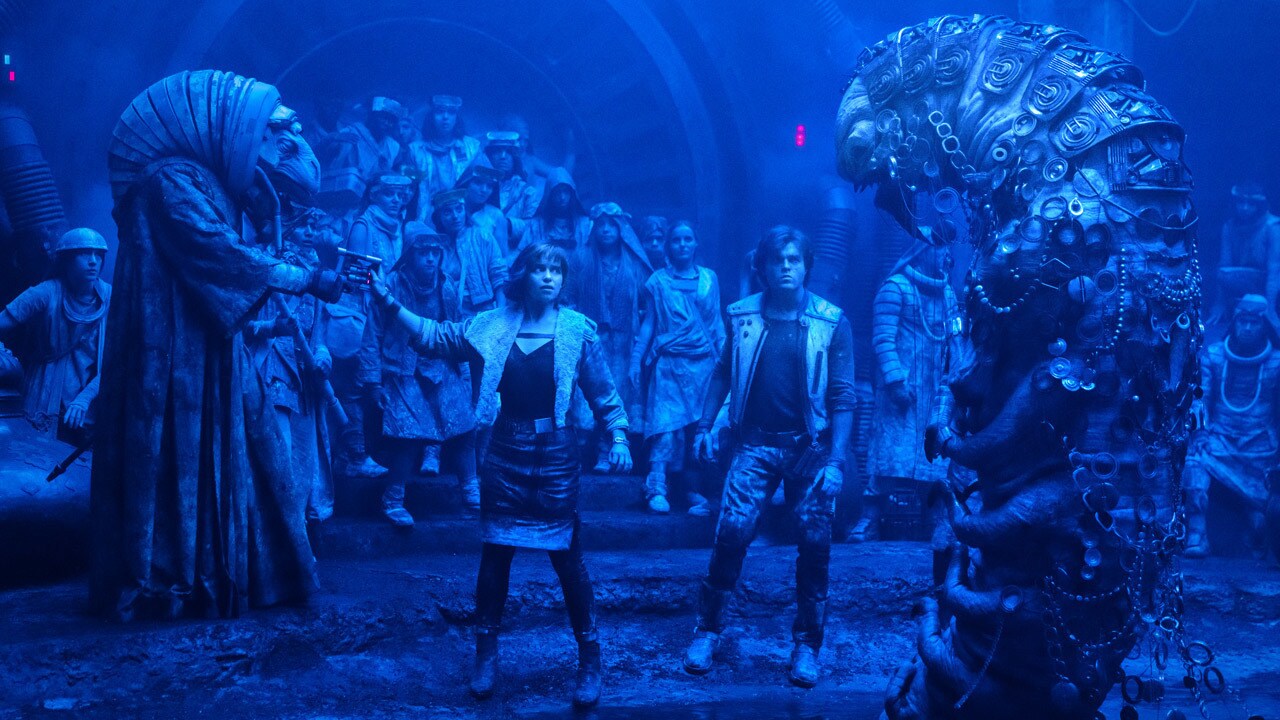 Despite the blue lighting, Han’s style is very apparently Han at the beginning of Solo: A Star Wars Story. The white vest is a tad bit different than the vests and jackets that we usually see him wear, which are often of a brown shade or dark blue, but the style is reversed as we see him instead sporting a dark shirt. 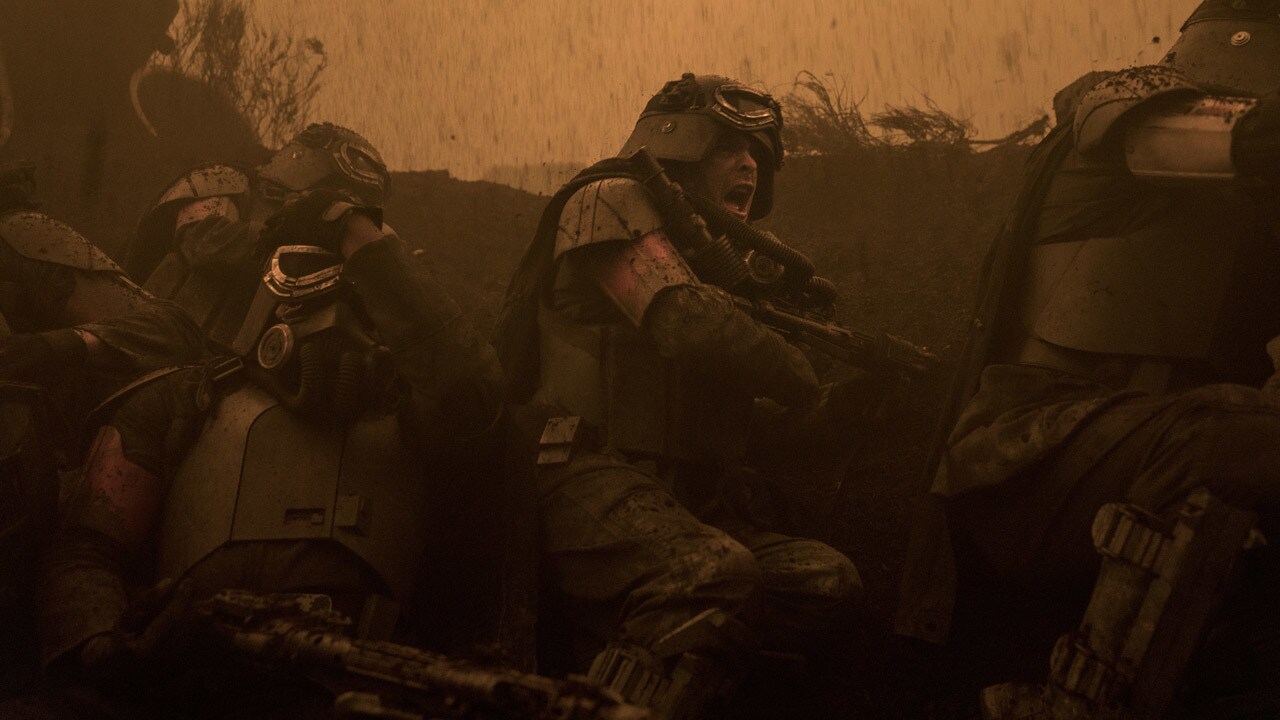 Before Han was a smuggler-turned-Rebellion General he actually fought on the side of the Empire, but he was never into the oppressive ways of the galactic regime. He was only trying to find a way back to Corellia to save his girlfriend, Qi’ra.

During these scenes where we see him as one of the many agents of the Empire, he is dressed as a mudtrooper and it is awesome to see.

On the cold snowy planet, Vandor Han would tackle his first smuggling operation and of course, things didn’t go exactly as planned. Han looks rather stylish in this super cool looking fur coat that it is unlike anything we’ve seen Han Solo wear, making it one of the more intriguing outfits in his long repertoire of usually simple designs.

Throughout much of the rest of the movie we see Han in this outfit, a classic nod to his style in The Empire Strikes Back with a jacket and long-sleeved shirt very similar to the one he wore in Episode V, only a dark color. Han’s style never wavers and that’s a major part of his blueprint in the franchise.

No Vest or Jacket?

At the end of Solo, we see Han Solo, for the first time ever, not wearing a jacket or vest to accompany his long-sleeved shirt. It’s a nice change of pace and an interesting evolution into his journey moving forward style-wise if there ever was to be a Solo 2. 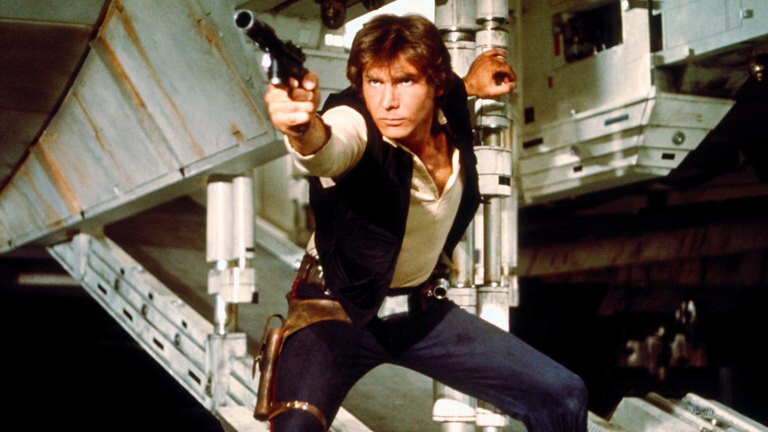 White long-sleeved shirt? Check. Dark vest? Check. Dark blue pants? Triple check. This is Han’s style and like I said before, it never wavers. There are some changes but overall his closet is pretty bland compared to Lando’s. 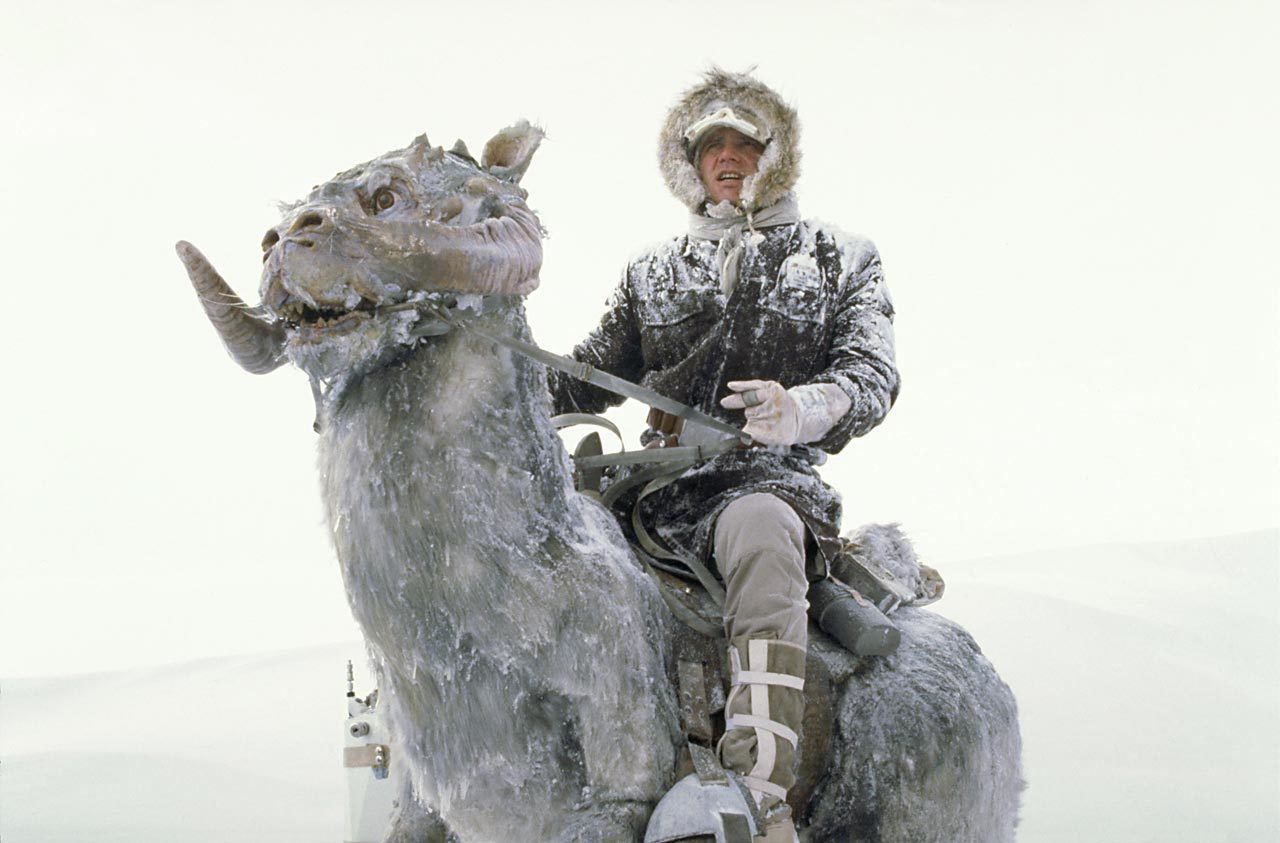 As a child, this outfit Han wore on Hoth has always fascinated me. In fact, I have a toy version of this Han Solo and I LOVED it. Han Solo looks so cool in this fur-lined cloak atop this (obviously stinky) tauntaun. The coat immediately conveys that this is a different story being told because we’re seeing Han in a blatantly different outfit, which is always exciting.

With a less rugged look than when we first met the lovable smuggler in A New Hope, Han is now shown wearing a dark blue jacket, white shirt that doesn’t have such a vast opening in the front (it was the end of the 70s’, can’t you tell?), and his pants add a bit of flair with the yellow stripe down the side. Han now looks like a full-blown rebel.

A Beat Down Han Look 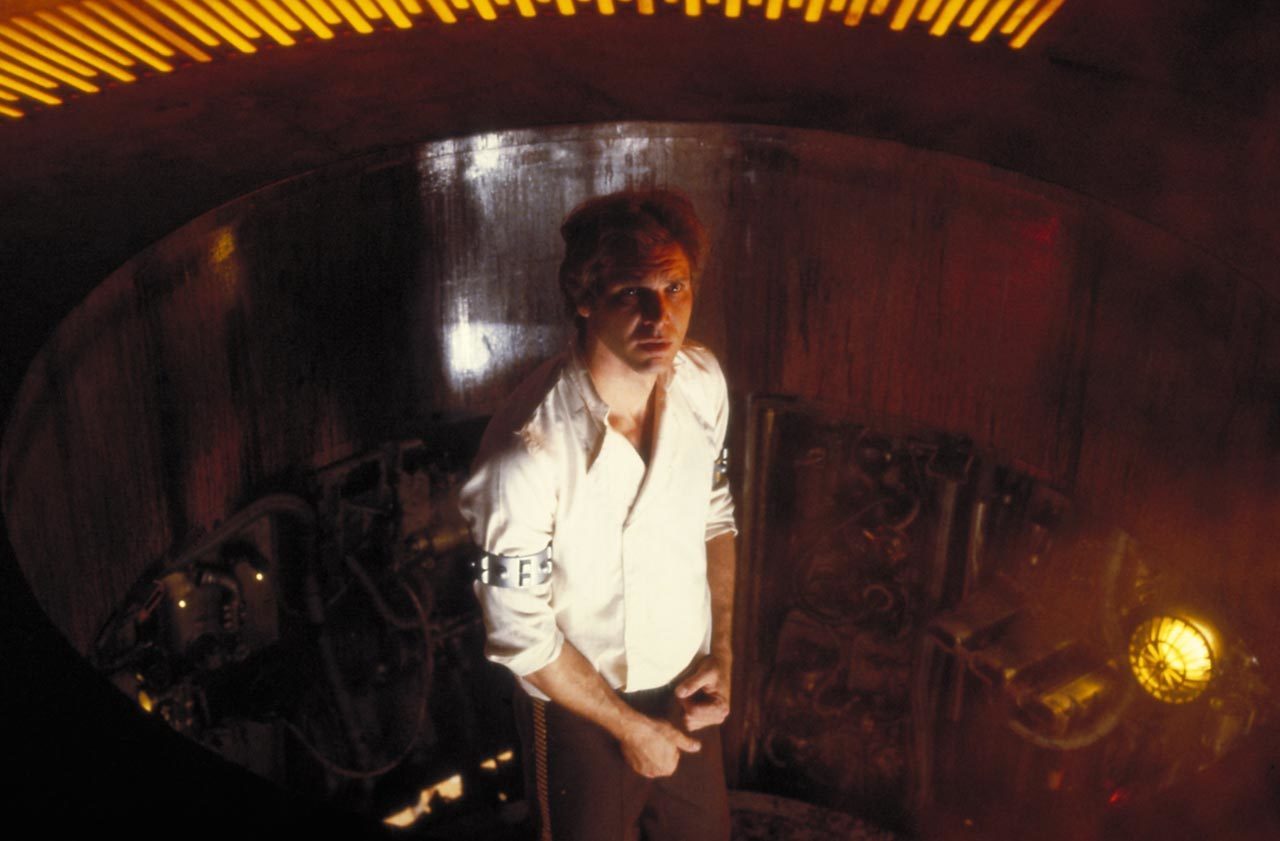 Through his final scene in The Empire Strikes Back and through into Return of the Jedi, Han Solo looks like he’s had a rough time as he stripped of his beautiful blue jacket. But he would eventually return to being the Han we all know him to be.

General of the Rebellion

This look combines the styles of A New Hope and The Empire Strikes Back in one fascinating and very simple design that screams Han Solo.

But don’t forget about the camouflage jacket that helps make Han’s simple outfit stand out. While all of the other rebels wore camouflage ponchos the jacket immediately states the fact that he is the leader of this operation which is actually very cool indeed.

When Han Solo returned thirty years later his style was still very much the same but, as Leia said, he had a new jacket, and boy was it nice.

So, of these looks, which is your favorite? For me, my personal favorite is definitely the Hoth outfit. That fur-lined coat has been magical to me since I was a child and I think it always will be.

I can’t wait to hear your thoughts in the comments below.