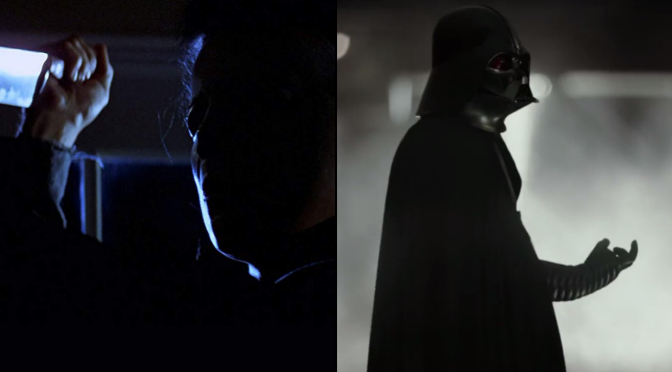 I’ve been watching Star Wars since I was a child and just saw Halloween for the first time a few days ago. Darth Vader is one of the most iconic villains of all time and Michael Meyers is also an antagonist that whether you know the film or not you know who Michael Meyers is. But there is another similarity between these mask-wearing villains that is both disturbing and brilliant at the same time and that is their heavy breathing. 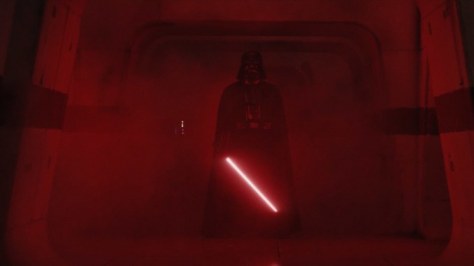 Darth Vader can be detected as soon as you hear that iconic breathing that makes him the character we know to this day. That breathing is what made him frightening and what also made him stand out amidst his villain brethren but it seems that he’s not the only character that can be recognized by the heavy breaths.

Throughout Halloween, a lot of times the director, John Carpenter, would mess with the viewer by having us only hear but not see Michael Meyers. Like in this scene for example. You can’t see Michael Meyer’s face but you can hear him breathing very heavily in an unnerving fashion. And it’s this way throughout the rest of the movie as well.

There was one point in the film where I knew Michael Meyers was nearby because I could hear his heavy breathing.

You see, Halloween came out a year after Star Wars first roared into theaters and I’m not going to assume that John Carpenter got his inspiration for Michael Meyers from Darth Vader but he very well may have. They both wear masks, they both breathe heavily, and they’re both scary (Michael Meyers is, of course, the scariest of the two of them.)

This is just a simple observation I obtained from Halloween that I wanted to share with you all. I thank you for reading and I hope you have a wonderful day.