The Penguin stood at the window of the tallest building in Gotham, the building that was the base of operations of the political leaders of the city. He stood in the former mayor’s office, his hands clasped behind his back as he stared out the window at the city that was now his.

A storm was coming. He could feel it. And it was going to be beautiful.

Once again, for yet another episode, my eyes were riveted to the screen and the suspense reached its peak in an exhilarating way. I’m very interested in seeing where next week’s episode will take these characters, which new characters they may eventually meet, and how Tam’s betrayal will factor, big time, into this story. 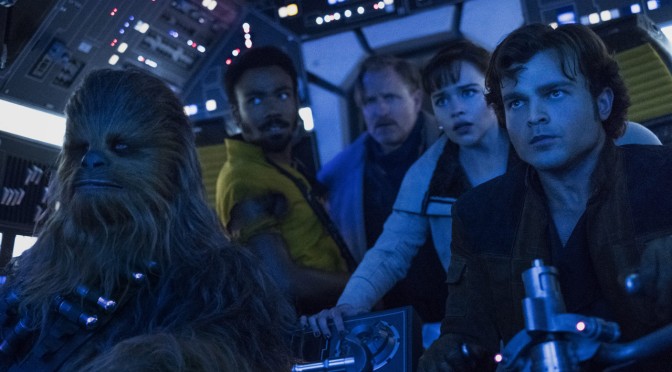 She had been in many tight spots before with Han Solo but this was undoubtedly one of the tightest she had ever been in. She held anything she could find her hands on as Han zipped through the Maelstrom, strange debris zipping by.

Tobias was behind her, his teeth clenched as they dodged death more times than she could count. Chewbacca was in the co-pilot chair (she had given up the seat after realizing how much better a pilot he was than her) masterfully working the controls. Lando had obtained L3-37’s memory and was using her incredible knowledge to find a way out of the Maelstrom. END_OF_DOCUMENT_TOKEN_TO_BE_REPLACED