My love for Disney didn’t start with the company aggrandizing two of my favorite franchises, Marvel and Star Wars. That only increased my love and respect for Disney. But far before Disney became synonymous with Marvel and Star Wars I loved this franchise for its wonderful children’s movies. As a child, I would listen to this Disney CD that we had that contained all of the greatest Disney songs and those gleeful/magical melodies would take me to a whole new world (pun totally intended.)

As a Disney fan, today I would like to share with you my ten favorite Disney movies. Enjoy! 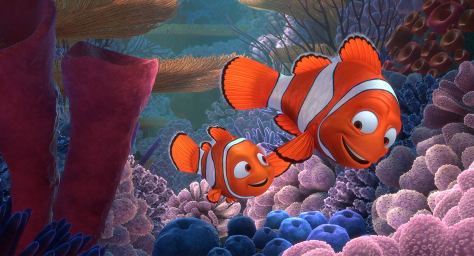 As a child I couldn’t get enough of Finding Nemo. As an adult, while the magic has dwindled, it still manages to bring a smile to my face and a tear to my eye. A must-watch for children of all ages. 🙂

Empowering and inspiring, Mulan is a great movie for little girls and has some pretty great songs as well.

I saw Toy Story 3 and two more times at home and everytime I’ve watched this film I have had a blast. Giving our beloved toy friends a new adventure, the writers managed to inject just enough humor, suspense, and emotion to make this one of the greatest (if not the greatest) children’s movie sequels ever made.

Toy Story is one of those movies that you watch and you never forget. No matter what age you are this film can provide joy in ways that most children’s movies can’t. Honestly, after watching this movie, you will never see toys the same again.

Tangled is one of those movies that you don’t expect to be super enjoyable but when you watch it you find yourself laughing hysterically, extremely riveted, and the conclusion will not only leave you shocked but crying as well. My sister isn’t the biggest fan of Disney movies but even she LOVES this movie.

Beautiful, refreshing, and perfectly composed, Frozen reminded us of the classic Disney princess tale with a modern spin and it was truly breathtaking. And anything that can tell the love of two sisters is going to make me a happy camper considering how much I love my little sister.

Before I was obsessed with Marvel I was obsessed with The Incredibles and still nothing quite like it has ever been made. People have tried to recreate the same formula of a slightly dysfunctional superhero family time and time again like the Netflix original series The Umbrella Academy but nothing has been able to compare to this. It’s utter perfection.

I’ve seen Coco three times and with every viewing, I am awed by how beautiful this story is. With a fantastic cultural significance for the Hispanic community and lovely songs that are not only beautiful to listen to but emotionally resonant, Coco has become one of my favorite movies of all time.

I don’t think I’ve ever cried so hard at a children’s movies in my life. I cry like a baby at the beginning of the film, I cry in the middle, and I cry at the end. It’s one of the best stories I’ve ever seen brought to the big screen and it is one of the most emotional movies I’ve ever seen as well. If you haven’t seen Up then I advise you to get your tissues ready because this film will leave you in quite a doozy.

Every once in a while, I ask myself, “Is The Lion King really my favorite Disney movie of all time?” and after revisiting the film and watching it I arrive at the same answer, “Yes.”

The Lion King is outstanding. The story is short but the impact will live with me forever. With a chill-inducing score from Hans Zimmer, fantastic songs that have become iconic, lovable characters, and plenty of emotional moments that make me weep every time I watch this, this movie is hands down the greatest Disney movie–in my opinion–of all time.

I thank you for reading and I hope you have a fabulous day.