As you may know, there are four prominent Chris’s in Hollywood, all of which have starred in superhero movies; Chris Evans, Chris Hemsworth, Chris Pratt, and Chris Pine. These four Chris’s have been in our eyeballs in some of the biggest blockbusters of all time for years and yet everyone has their favorite Chris. That’s why I thought it would be the perfect topic for this week’s Who’s Your Favorite?

Before Thor in 2011 Chris Hemsworth wasn’t a household name. The Australian actor, however, would immediately rise to Hollywood fame as he took a superhero popular among Marvel fans and brought him to the big screen in a faithful adaptation of the character. Plus, plenty of people were captivated by the actor’s impressive physique, which has been on full display in his various shirt off scenes throughout nearly every movie that he has ever been in. 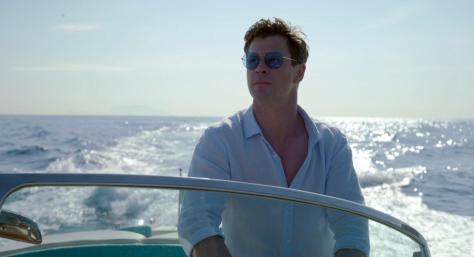 Now, eight years later, he’s still providing people plenty of joy with his role as Thor in the Marvel movies and his recent role in Men in Black: International.

There’s a lot of entertainment to know Chris Pine by. Whether you’re familiar with him as Captain Kirk in the Star Trek films or Steve Trevor in Wonder Woman, his role in the critically-acclaimed Emmy series on TNT, I Am the Night, his impressive musical abilities in Disney’s Into the Woods, his role in the Oscar-nominated film, Hell or High Water, and his small but totally awesome role as Peter Parker in Spider-Man: Into the Spider-Verse.

And don’t forget, he returns this summer in the sequel to Wonder Woman, Wonder Woman 1984. 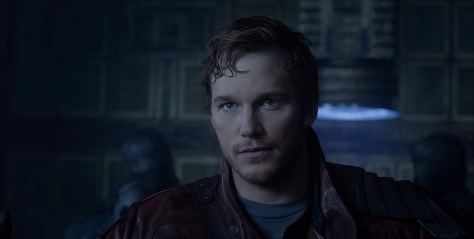 You may not know this but there was a time when Chris Pratt wasn’t considered a Hollywood hunk. Far from it, in fact, for he was a rather big fellow. Big, horizontally. But, after losing some weight and getting into top superhero shape a new man emerged, causing plenty of surprise for moviegoers around the world as he strolled into our hearts as the lovable yet obnoxious Peter Quill/Star-Lord.

And it didn’t stop there.

The very next year he starred in the Jurassic Park reboot, Jurassic World, as Owen Grady, a keeper of dinosaurs and ultimate motorcycle-riding bad mamma-jamma. Starring in other films such as the beloved The Lego Movie, the steamy sci-fi thriller, Passengers, and the classic cowboy action film, The Magnificent Seven, Chris Pratt has made his mark on Hollywood.

And with his role as Star-Lord continuing on and his upcoming role in the cute new Disney movie, Onward, we’ll have Chris Pratt to enjoy for many more years to come.

If you’re not aware, Chris Evans was a superhero long before he became Captain America. He starred as the fiery superhero, Johnny Storm, in 2005’s Fantastic Four and 2007’s Fantastic Four: Rise of the Silver Surfer. Four years later he would take his superhero resumé to the next level as he starred in the movie that would change his life forever; Captain America: The First Avenger.

For eight years Chris Evans has inspired us and brought millions of fans so much joy as the patriotic superhero, Captain America. But he’s also managed to impress as a doting uncle in the critically-acclaimed film, Gifted. While his role as Captain America has unfortunately come to an end there’s no doubt that he will always be in our hearts.

So, of these four Chris’s, who’s your favorite? For me, my favorite is definitely Chris Evans. Not only is he a hero onscreen but he’s just as heroic offscreen as he constantly stands up for what’s right. I love that. 😊