Well, unexpectedly this Thursday morning, I ended up watching Warcraft and Assassin’s Creed back to back. Yes, two movies adapted from two of the best gaming franchises of all time, in succession. And by the way, both films aren’t that great but I ended up watching them anyway.

I’m a bit ashamed to admit that I’ve seen the horrendous Warcraft four times. I’ve loved and played the game for years and couldn’t wait to see the movie adaptation. When I finally saw it in 2016 I was less than impressed. In fact, I was flabbergasted by how bad the film turned out to be.

The casting of the film was HORRIBLE! The story was bland and boring. The CGI was subpar. It’s a lackluster depiction of a game that is so cool and so much fun. I mean, have you seen the World of Warcraft trailers? Check this one out.

This just might be the most epic trailer ever made. I can’t begin to tell you how many times I have watched this trailer and been covered in goosebumps every time.

This is what I expected the movie to be. This was what I had been waiting for. We ended up getting this.

CGI dwarves (did you learn nothing from The Hobbit and The Lord of the Rings?),

a young mage who is the definition of annoying,

the worst cinematic king I’ve ever seen (he just doesn’t come across as king material to me),

a mage who looks like a hippy from the 60s’,

a green orc/human lady who doesn’t do anything but look pretty and give the humans something to feast their eyes on (I guess Paula Patton really wanted to be Gamora, she got the next best thing),

and then there’s the main human character who has a distractingly bad beard and wig situation going on, paired with an ultra-annoying arrogance that comes across as aggravating rather than endearing.

Yeah, that’s Warcraft in a nutshell. It’s so sad.

Following my two hour audience with one of the worst movies I’ve ever seen, Warcraft, I decided to watch the other adapted-game movie that came out in 2016. That’s Assassin’s Creed. 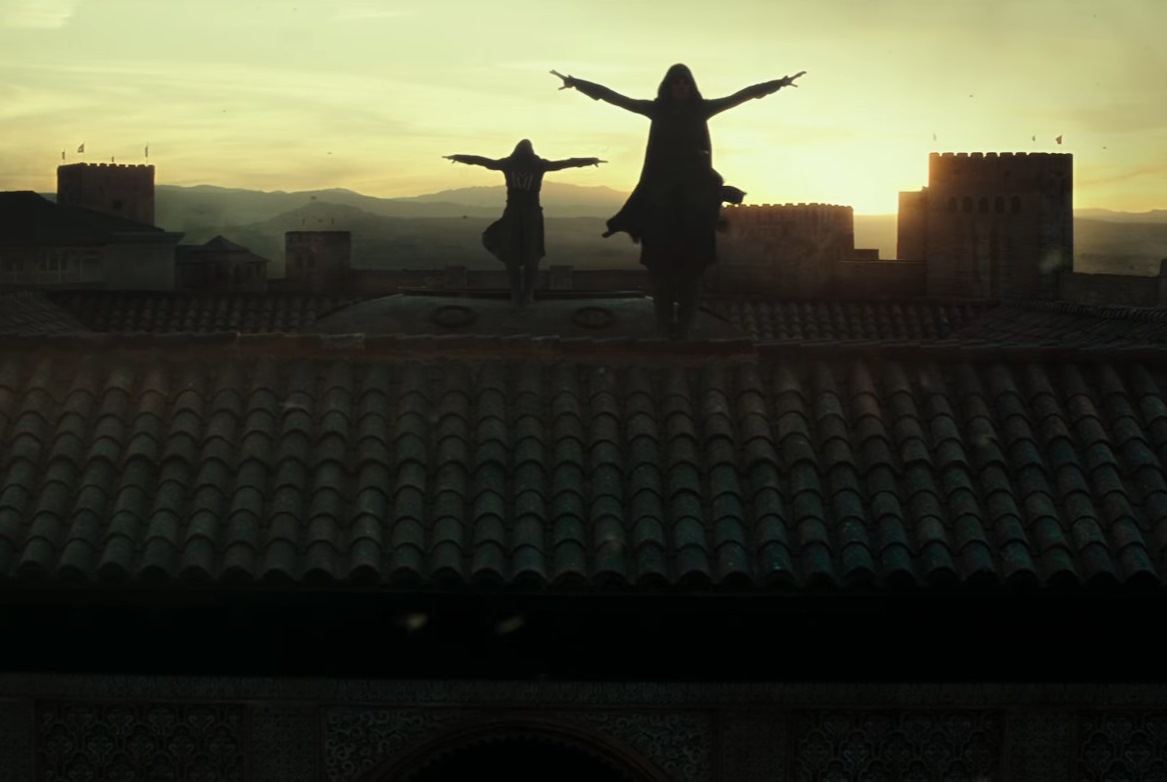 Warcraft is so bad, I actually enjoyed the heck out of Assassin’s Creed today. The film’s main problem is its confusing storyline. For those who don’t know the game, they will be utterly lost in the scheme of things. Even I had no idea what was going on the last time I watched the movie.

However, this time, I carefully followed the story and was actually, surprisingly, blown away. There were even moments when I was getting chills because the story was coming together in such a spectacular way.

Mind you, this is after watching Warcraft, a film that has tortured me through every single one of my four viewings, so of course it was pretty enjoyable in comparison.

Now, the movie isn’t perfect. In fact, through long stretches of the film, Michael Fassbender’s character for some reason is the only one who can’t seem to find a shirt, resulting in long action sequences with him fighting shirtless.

If you’ve got a crush on Michael Fassbender these scenes would be fascinating. As someone who doesn’t, it’s pretty annoying. But that’s my only gripe about the film.

So that pretty much answers the question of this post.

Assassin’s Creed is hands down, in my opinion, better than Warcraft. It pays greater homage to the game, it feels like it was made by people who actually knew a little bit about the game, and the movie’s music was far more entrancing, leaving me to potentially want to put sections of the soundtrack on my Movie Soundtrack playlist on Spotify.

One thought on “‘Warcraft’ vs. ‘Assassin’s Creed’: Which Movie Is Better?”