Solo: A Star Wars Story is a good Star Wars film with plenty of great moments. It’s a riveting adventure from beginning to end and truly captures the essence of what Star Wars films are all about. But what makes it such a fun installment to the franchise? The film’s various scenes of course. From beginning to end this movie deals out incredible moments that will bring a smile to any casual Star Wars movie watcher’s face. So, on this week’s segment of Who’s Your Favorite, I’m asking you what your favorite scene in Solo is? Here are the film’s most important moments.

The Speeder Chase on Corellia 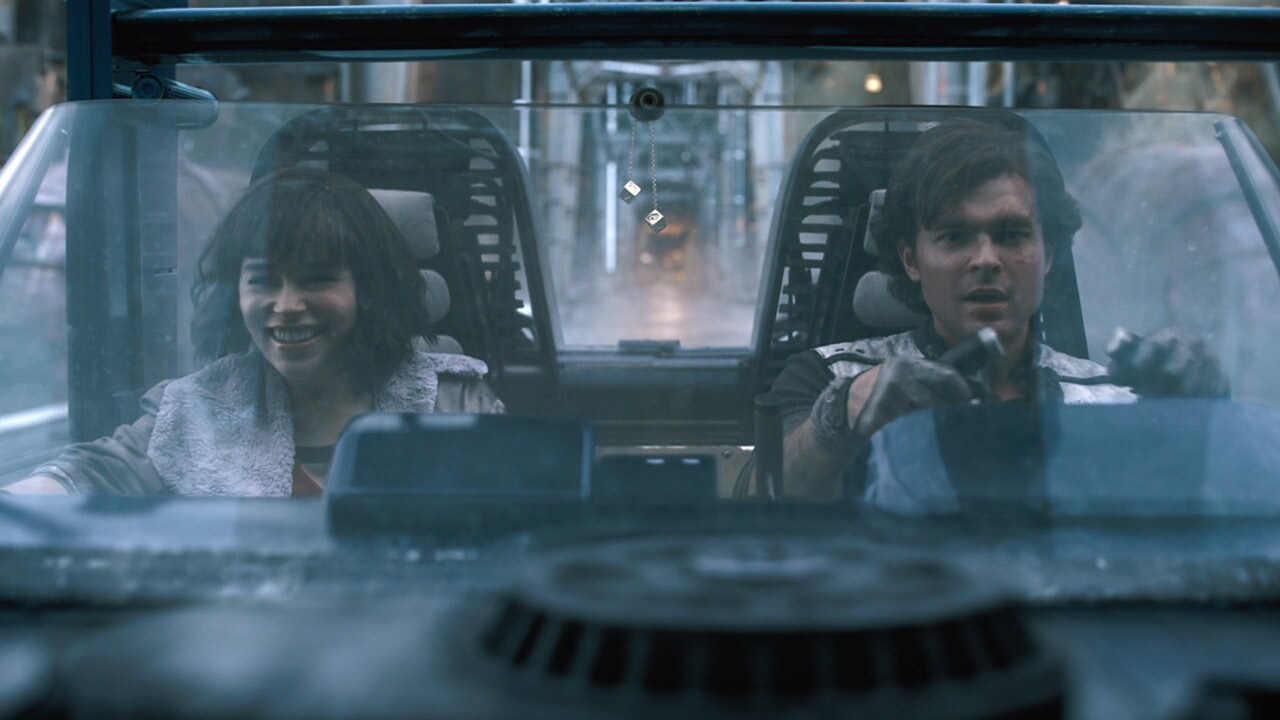 The film doesn’t waste time getting to the action and the speeder chase that takes place as Han and Qi’ra strive to escape Corellia is beyond awesome. It features Han’s incredible piloting skills before he got his hands behind the controls of a ship complemented with an upbeat musical score that made the scene even more riveting.

I never imagined Han and Chewbacca’s first meeting panning out this way but now that I’ve seen it I can’t imagine not knowing about it. Not only is this scene such a fascinating precursor to the loving relationship the two characters would end up having but seeing Han speak Kasshyyk is Star Wars gold. 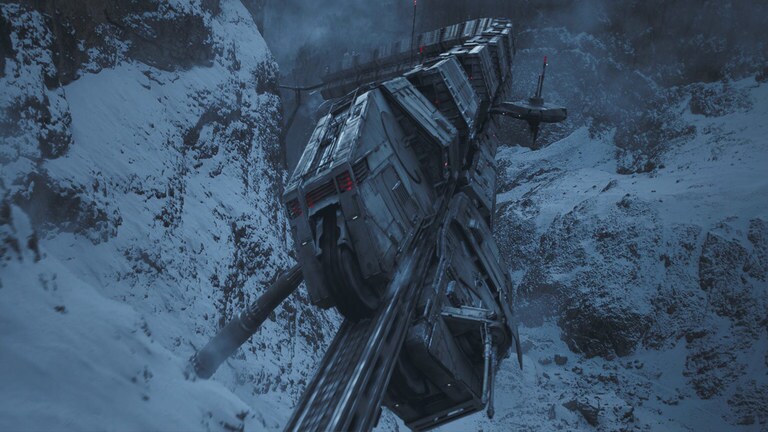 The train heist can easily be pronounced as one of the coolest and most creative action scenes in Star Wars. The Conveyex is phenomenally designed. The different pieces to the heist scene are riveting. And Enfys Nest steals the show as she swoops into battle and dispatches Tobias Beckett with relative ease.

This scene has so many exciting elements to it and it’s undoubtedly one of the greatest moments in the movie.

Even though the yacht scene didn’t possess any action it’s always mesmerizing seeing a new entertainment space in a Star Wars film and Dryden Vos’s yacht was just that; mesmerizing. 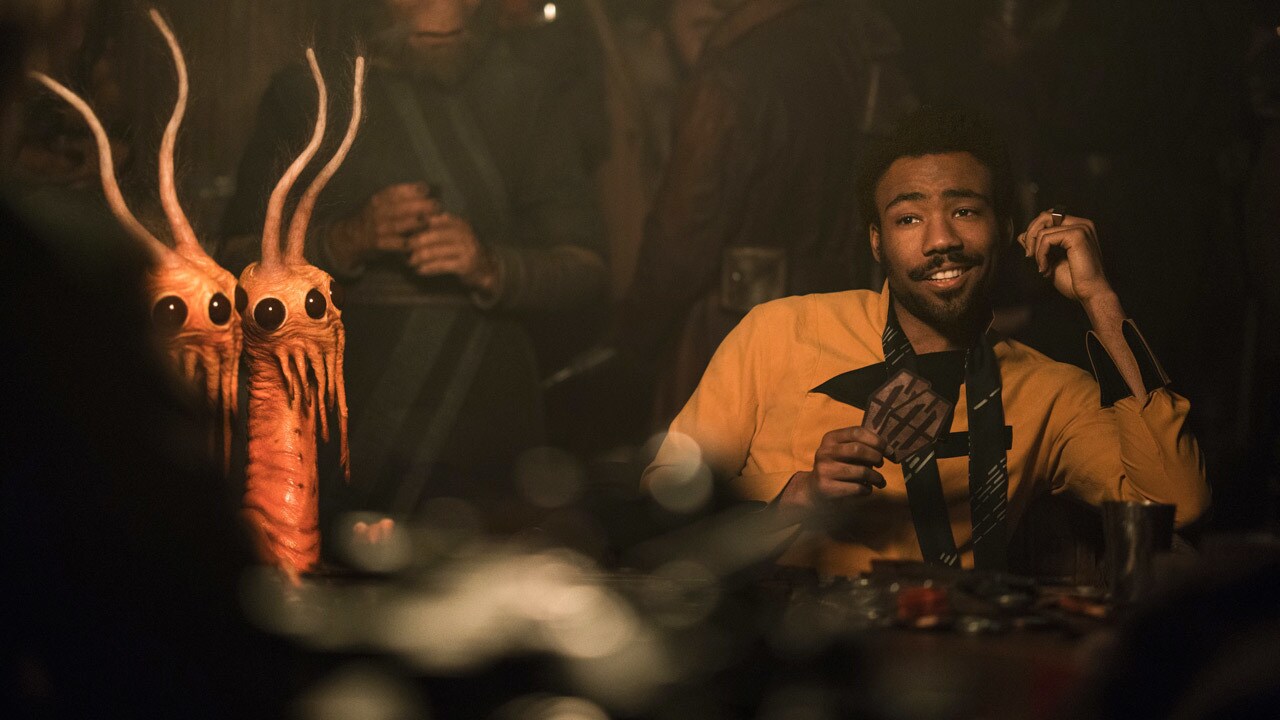 Lando is one of Star Wars’ most beloved characters and so it’s no surprise that Star Wars fans were beyond excited to see Lando in Solo. The way he’s introduced into the film is perfect as the Sabacc scene displays his charm and his impeccable swindling ability at the same time. Who knew a simple game of Sabacc could be so interesting? 🙂 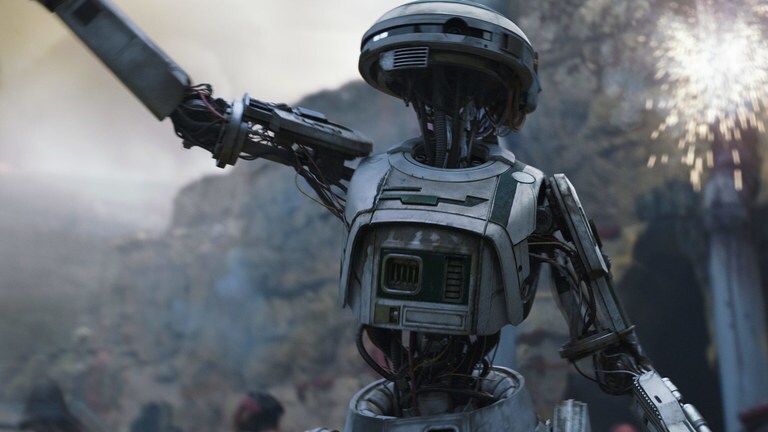 The entire Kessel sequence was a fun collage of action. It’s chaos as the mining slaves are trying to escape, Han and co. are trying to smuggle the coaxium, L3-37 is leading a fierce rebellion, and the Pykes are trying to stop everybody. Lasers fill the air like deadly rain. Explosions shake the ground and knock people flying. Everyone is hollering at each other. People are dying. Its utter confusion but is told so beautifully through Ron Howard’s vision that it can somehow be followed. Great scene. We’ve heard about the Kessel Run since A New Hope but it took over four decades for it to come to life and I am honestly impressed by the grand scale of this action scene. From the TIE fighter chase to the gravity well, this scene brings the goosebumps, the heart-pounding exhilaration, and a large grin to any avid Star Wars fan who has always wondered what the Kessel Run was.

This scene is undoubtedly one of the greatest creative achievements in Star Wars and (probably) the best Millennium Falcon action scene of all time.

The Star Wars standalone films like to reveal surprise cameos but this was an ultra-surprise. Darth Maul hadn’t been on the big screen since The Phantom Menace which was nearly two decades ago. To see a character that awesome brought back to life was beyond exciting and undoubtedly the incredible precursor of what’s to come (if there is one.)

Han may have lost to Lando the first time he played him in Sabacc but he soon learned his lesson. In an epic rematch Han and Lando duked it out but Han, learning Lando’s swindling ways, prevailed and won the Millennium Falcon. It’s a triumphant moment for the lovable smuggler and fills in the last piece of the puzzle that was yet to be completed.

And the Adventure Continues

At the end of Solo Han and Chewbacca are in the positions we are so used to seeing them in; the piloting seats of the Millennium Falcon. There’s a feel-good familiarity to this scene that ends the movie on a high note that easily brings a smile to the face.

So, these are all of the most important scenes of the movie. Which one happens to be your favorite? Mine is undoubtedly the Kessel Run scene. This scene never ceases to amaze. The music soars like the Millennium Falcon, the CGI is phenomenal, the giant-space octopus (Summa Verminoth) is outstandingly creepy looking, and the tense action is so spot on I’m getting chills just thinking about it. I love it so much!

Feel free to share your thoughts on your favorite scene in Solo in the comments below.