I’ve heard about The Princess Bride for as long as I can remember but it wasn’t until it became available to watch on Disney+ that I decided to give the film a look. Turns out, it was worth the watch.

With the hilarious goofiness of a fairy tale designed for young children with the romanticism of a romance novel, The Princess Bride is a film unlike any that I’ve seen before.

Undoubtedly, my favorite character in the movie was Inigo Montoya with his heroic disposition and his mission to avenge his father. He was utterly hilarious, leaving me in stitches on several occasions. Of course, Westley was rather funny too with his laughable chatter that had my sister and I looking at one another wondering what the world he was talking about. 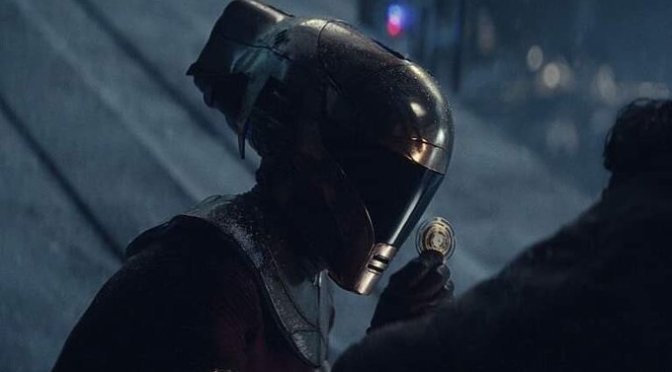 As you may have guessed, I love writing stories surrounding powerful women. Whether that’s Qi’ra or Batwoman, Rey or even most recently Valkyrie, women who are both vulnerable and undeniably strong are the women I gravitate toward most in stories. They are the ones I connect to when I begin to write a story and that’s why my next fan fiction adventure features a rather cool looking lady, Zorii Bliss.

Zorii Bliss made her debut in The Rise of Skywalker and she immediately grasped my attention beyond her intriguing connection with Poe Dameron. There was strength and independence that made her stand out and caused me to want to know more about her. Sticking to the theme of shorter fan fiction stories, this story will feature Zorii Bliss on an adventure set literally hours before she is reunited with Poe Dameron.

It will be an action-packed tale featuring brand new characters and yes, yours truly, Babu Frik. I can’t wait for you to read it.

The Clone Wars has always been an animated series that hasn’t been afraid to push the envelope on the darker side and the last three episodes of this momentous final season have proven that point with flying colors.

The latest episode, “Shattered”, features the moment the dreaded Order 66 goes into effect, but this time we get to see Ahsoka’s side of the story. The anxiety, the emotions, the music, everything about this episode reeks epicness. On Monday (May the 4th), the season finale arrives and I am beyond excited. It should be a conclusion worth waiting years for.

Now, personally, my favorite episode of The Siege of Mandalore storyline has been “The Phantom Apprentice” simply because the duels between Ahsoka and Maul were pretty fantastic but it’s safe to say “Shattered” wasn’t too shabby in the awesome department either.