As you may know, I’ve been taking a break for the past week so I haven’t been able to share my sister’s great art. Well, that changes today as I share her best work this week.

My sister has been drawing different outfits for her favorite and requested characters and she finally drew an outfit for Ahsoka Tano. It’s safe to say, I’m obsessed with this.

The Clone Wars has come to a resounding conclusion and to commemorate the series’ accomplishment of being such a great show my sister drew this farewell piece, highlighting the animated series’ main characters (Obi-Wan Kenobi, Anakin Skywalker, Ahsoka Tano, and Captain Rex) from their looks in the early seasons of the show. It’s a beautiful piece of art and one of the most interesting interpretations I’ve seen for this show in the form of art. 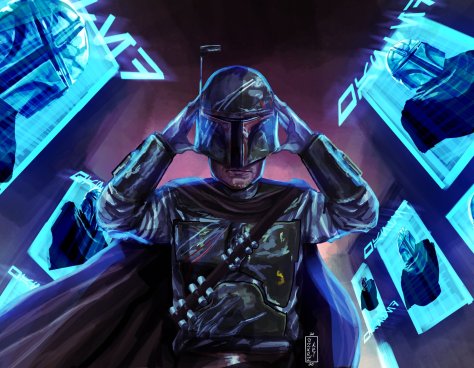 There’s been some somewhat official news that Temuera Morrison (the guy who played Jango Fett and the clones in the Star Wars prequels) will play Boba Fett in Season 2 of The Mandalorian. My sister was so excited after hearing the news she drew this piece to celebrate the awesomeness of that potentially true fact. 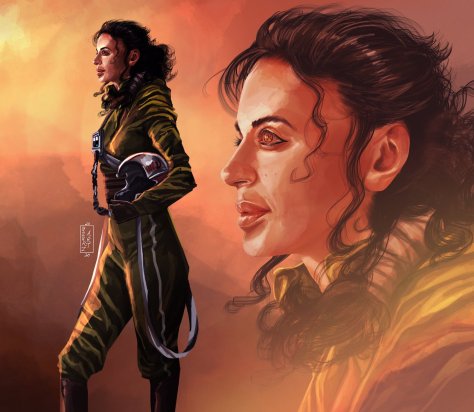 Poe Dameron didn’t become one of the greatest pilots in the galaxy for no reason. His mother, Shara Bey, was an A-Wing pilot for the Rebellion, and a heck of a pilot at that. She taught him the thrill of flight and instilled in him the heart of a rebel.

After being requested to draw this character my sister brought her to fruition in a truly stunning fashion, leaving me no choice but to feature it this week.

Okay, next week is surely going to be a fun fan art week and I can’t wait to share the pieces with you.

Until then, thank you for reading and I hope you have a wonderful day. May the Force be with you.