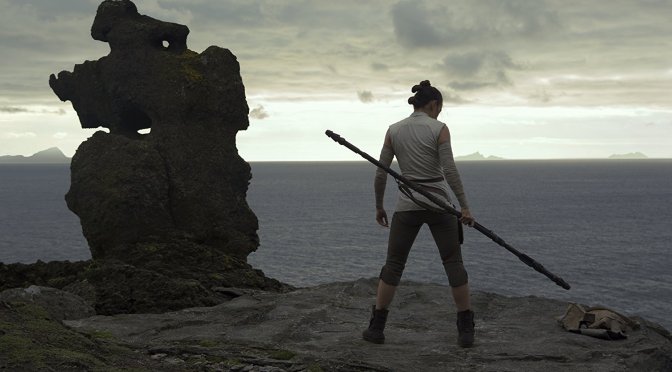 Throughout the Star Wars trilogies, there has always been the destined Jedi Knight. In the original trilogy there was Luke Skywalker, in the prequels there was Anakin Skywalker, and now, in this Sequel trilogy, there is Rey. All of these characters have experienced the middle chapter of their various journeys and today I’m going to share with you who I felt had the greatest training to becoming the Jedi (or dark lord, in Anakin’s case) that they were destined to be. Enjoy!

Anakin’s middle chapter was fraught with personal conflict as he had to face the biggest challenge in his life; choosing between his love for Padme or his duty to the Jedi Order. When we first meet the older Anakin in Attack of the Clones he is still very much a padawan. His decisions and thinking are brash, he’s disrespectful to his master, Obi-Wan (mainly to impress Padme,) and he’s just a whiny (yes, whiny) mess. Anakin is trying to prove that he’s grown beyond the meager title of padawan and is now a Jedi but he is constantly faced with so many flaws.

When he is given the chance to prove himself as a responsible Jedi by protecting Senator Padme Amidala he lets his love for her completely take over (uh-oh.) In the middle of all of this, he’s also experiencing nightmares about his mother dying and that’s something that he cannot handle. He loves his mother, Shmi, and leaving her was nearly an impossible decision for him as a child. To think that she was in trouble and that he was doing nothing to save her was killing him inside. Now, this was his test. Would he keep up the responsibilities of the Jedi and protect Padme on Naboo like he was supposed to or let his emotions dictate his future and go to his mother? He took the latter.

This was truly the beginning of the end for Anakin Skywalker as he let hate become the driving force of his destiny. He slaughtered everyone (men, women, and children) in the Tusken Raider village and only afterward did he realize the mistake that he had made by performing such an atrocious act. The Jedi are supposed to keep a tight rein on their personal feelings and Anakin constantly did the exact opposite.

So Anakin ended up choosing love over duty, succumbing to the temptation of personal pleasures, and that would end up being the nail in his coffin as Anakin Skywalker.

One of the coolest series of episodes in The Clone Wars was when Anakin, Obi-Wan, and Ahsoka Tano found themselves in this Force planet called Mortis. There Anakin was shown his future by the Dark Side and it was the terrible truth of what he would become. Every Jedi has a moment in their lives when they see their potential or imminent future and this was definitely one of those scenarios for Anakin. Before he left the planet his memory of the vision was erased and he had no knowledge of the monster that he would eventually become but it was undoubtedly chilling to see and one of my favorite episodes in the animated series.

Anakin’s downfall happened slowly but concisely before our very eyes and the incredible thing was it would end up being something as simple as love that would destroy him. But love would also save him in the end and that’s why Star Wars is such a great franchise. These stories of these characters are just really awesome. 🙂 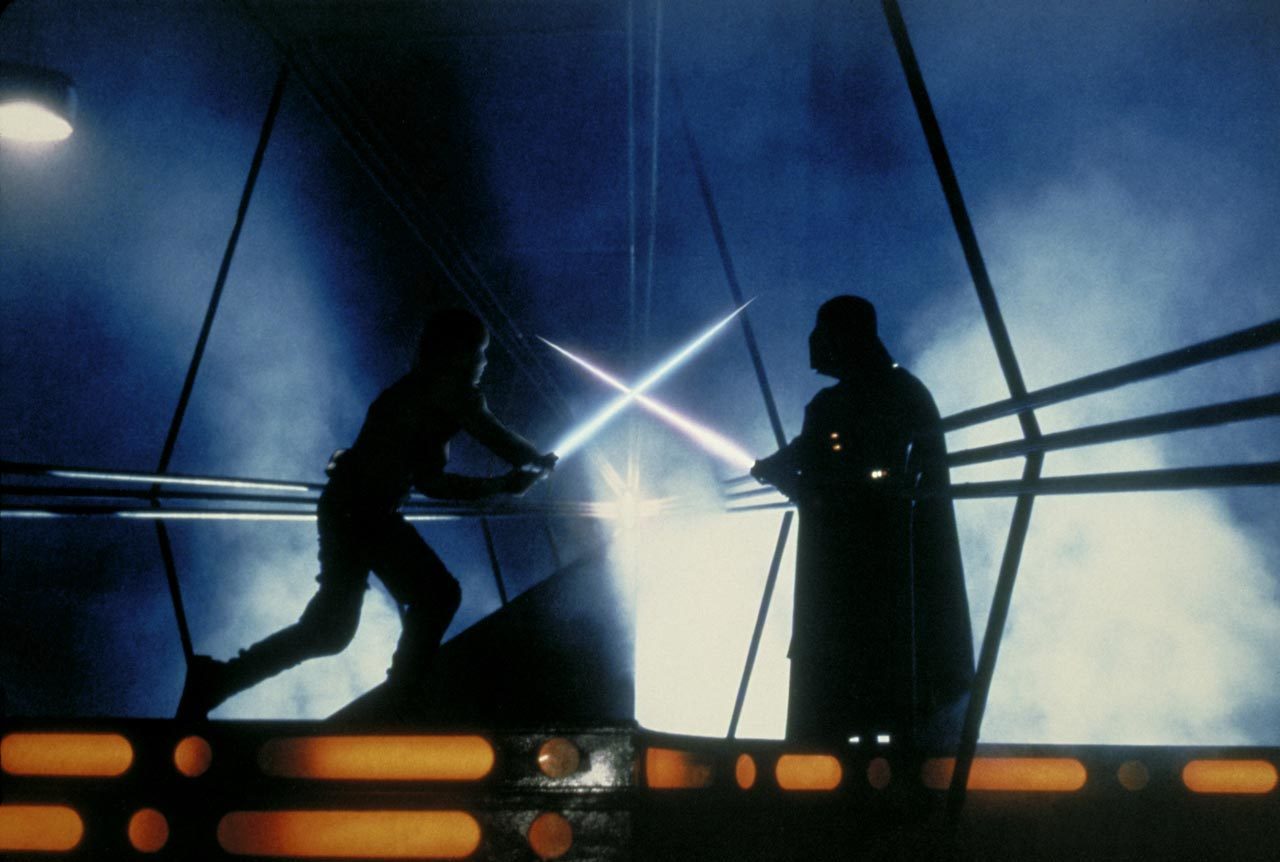 Luke’s journey to becoming a Jedi Knight was not an easy one. He, unlike Anakin, didn’t have multiple Jedi and precise training growing up. He was introduced to the Force when he was a young adult and only then did he realize how important he could be in the fight against the Empire and as a savior of the universe. Thankfully he had Ben Kenobi to guide him to Yoda who would end up becoming his true master. 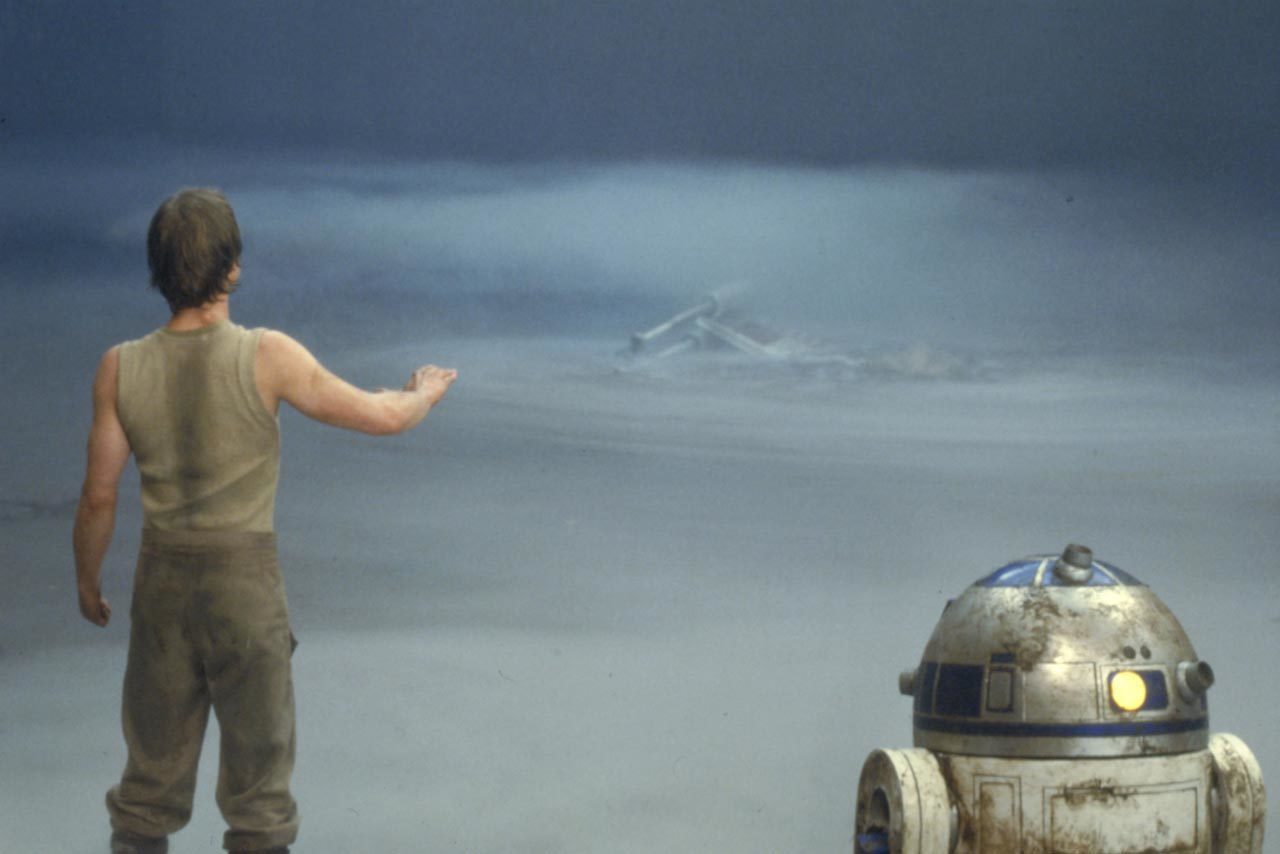 Luke’s training wasn’t very fancy but it was perfect in all of the best ways. Like Anakin, Luke struggled with the concept of letting go of those that you love dearly and surrendering to the Force wholeheartedly. When he first began training to become a Jedi he was full of questions, and doubt. He believed in the Force but years of being told it was nonsense and relying on himself without the helping hands of the mystical power to guide him made him think that feats like lifting an X-Wing out of water were impossible, even though it wasn’t.

And then there was his vision that he experienced in the Dagobah cave. This vision could mean a lot of things to a lot of people depending on your point of view but for me, I believe the vision was trying to tell him if you continue to harbor emotion and fear for the future this is what you could become. He didn’t realize that Darth Vader was his father at that time but the premonition is basically stating the apple doesn’t fall far from the tree. Darth Vader didn’t listen when those close to him told him to chill out and Luke was heading in that same direction. The question was, would Luke make the same mistakes that his father once did? Would he allow love to corrupt his heart to the point of no return? Thankfully he didn’t, because Luke is awesome.

By the end of The Empire Strikes Back Luke is a changed man. He has faced his biggest obstacle in confronting Darth Vader, he has learned a terrible truth about his father, and he has lost his best friend in Han Solo but it made him all the stronger for it. Luke took those trials he faced and learned from them rather than trying to fight those outcomes and that’s why he’s the best Jedi ever! 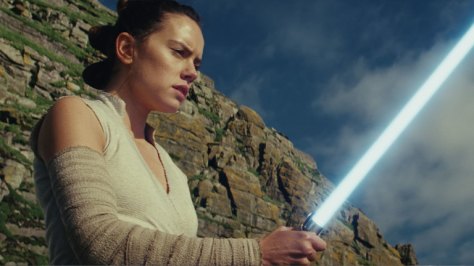 Rey had an entirely different but remarkably similar approach to her story. For Rey, she, like Luke, wasn’t introduced to the Force until she was an adult and the idea of having this powerful Force inside of herself positively freaked her out, and can you blame her? Her first encounter with the Force was an extremely frightening vision in the basement of a castle. Then she got interrogated by Kylo Ren in a brutal, mind-probing fashion that was basically a crash course on how the Force works. And then she had to coerce its power to defeat Kylo in a desperate battle that could’ve gotten her killed, or worse. She definitely had had some rough experiences with the Force and she desperately needed some tutelage. 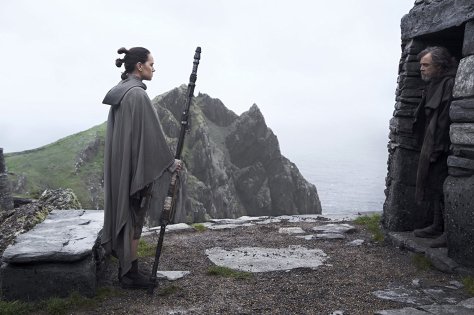 But unlike Anakin and Luke who had teachers willing to help them, Rey found a stumbling block in her relationship with Luke because he didn’t want to teach anyone else about the Force after what happened with Ben Solo and his other students. He eventually did decide to help her but only in the hope that he could dissuade her from wanting to become a Jedi. 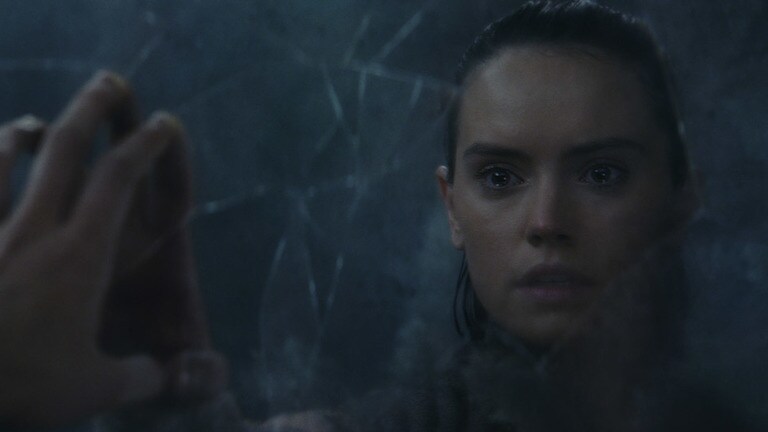 Rey’s biggest challenge wasn’t an outward obstacle or a decision between sides to choose but rather an internal conflict. The identity of her parents constantly eluded her and she only wanted to know that her family was really out there somewhere waiting to find her one day. Her vision showed multitudes of what she could be and what she could possibly become but the one truth that she could never run away from was the fact that she was truly and entirely alone. There would be no woman or man she could call “Mother or Father.” She would have to rely on herself like she always had and that was a heartbreaking realization for her. 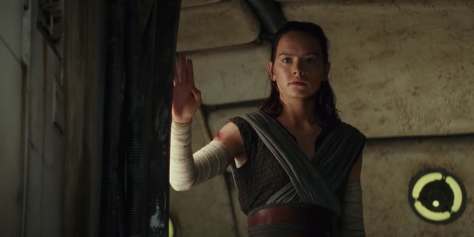 By the end of The Last Jedi Rey has truly discovered what her place is in the universe and she is ready to partake on the next leg of her journey. She faced the temptations of the dark side by refusing to join Kylo Ren, she learned that the only true person that would always have her back was herself, and she embraced her power with the Force. I have to say, that’s pretty cool. 🙂

And the Winner Is… 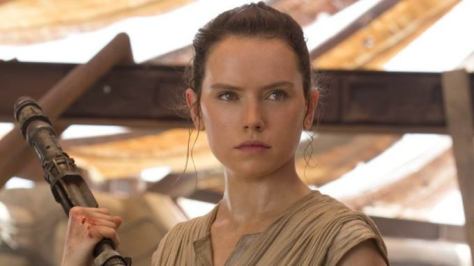 Rey! Anakin definitely has my least favorite middle chapter simply because I don’t like Anakin that much. Now, if they had cast a compelling actor like Adam Driver (or Leonardo Dicaprio which would’ve been PERFECT) to play the role of Anakin Skywalker the prequels probably would have been a LOT more enjoyable but, alas, it was Hayden Christensen instead and so that’s that.

And Luke had a fantastic middle leg to his journey to becoming a Jedi but I just feel that Rey’s journey is the best and this is why. Both Anakin and Luke had faithful mentors by their side helping them along the way but Rey really had to figure out her destiny and make her choices all by herself. Yes, she had Kylo Ren and Luke to aid her in their own little ways but overall she had to take care of herself just like she did on Jakku.

I thank you for reading and I hope you have a magical day. May the Force be with you.

2 thoughts on “Throwback Friday: Anakin, Luke, or Rey: Who Had The Best Jedi Training?”