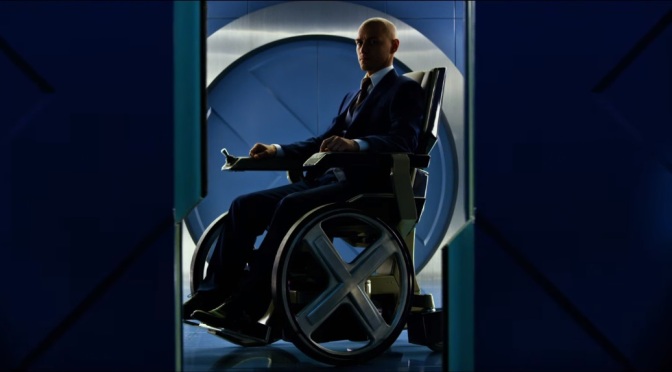 I’ve been very interested in watching X-Men movies lately and my latest venture led me to watch X-Men: Apocalypse. I’m one of those casual X-Men fans who watch the movies but don’t take the story that seriously, especially that I’ve watched the X-Men films in such a wrong order (X-Men: Days of Future Past, Logan, X-Men: Dark Phoenix, X-Men: First Class, X-Men, and just now, X-Men: Apocalypse.)

Before I share my review of this particular film let me share with you micro-reviews of these other X-Men movies to give you an idea of how I feel about these movies.

X-Men: First Class: Super wack, especially the CGI. In fact, I couldn’t finish it because it looked so bad but I got the gist. C+

X-Men: Days of Future Past: A heck of a good X-Men movie that actually takes its story seriously. A

X-Men: Dark Phoenix: Not nearly as bad as the fans and critics say. There were some great action sequences that had me pumped. After watching all of these films, I’m actually kind of excited to maybe see this movie again. A-

Logan: Raw, gritty, fantastically written, dark, the best X-Men movie ever made by far. A+

I kept trying to ignore the fact that it was Oscar Isaac in blue paint…but it was Oscar Isaac in blue paint. He looked and felt absolutely ridiculous in this role. Isaac can play a villain (he was great in Ex Machina) but he can’t play a Thanos-type antagonist in a superhero movie. It just doesn’t work. There were a lot of times when I felt like cringing listening to his augmented voice bellowing people’s names. Yikes.

That CGI…ooh it was bad looking toward the end of the movie. At times it was so bad it looked like it was still in the early stages of development. 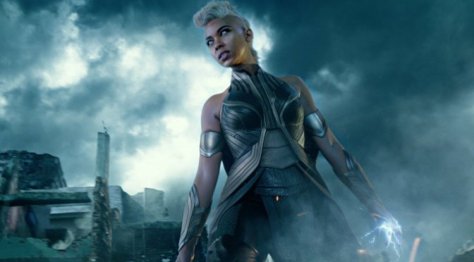 You know those movies that are really good until they’re not? This film was one of those movies. The first half had me absolutely riveted, delivering powerful performances with devastating scenes that actually brought me to the verge of outright crying. And then…the second half destroyed all the first half had tried to build by delivering an underwhelming action sequence that felt like a bad CGI blob. Certain actors weren’t able to believable with their powers, resulting in what looked like clearly acting. Surrounding the bad acting was bad CGI and some seriously predictable moments.

It was actually kind of sad.

And don’t even get me started on that wack but kind of cool cameo in the middle of the film. What a fan-service moment that didn’t make any sense.

Forget about the story or the action sequences, the constant positive thing I can continue to say about this franchise has been Michael Fassbender and James McAvoy for their outstanding performances as Magneto and Professor X in these X-Men movies. And this movie delivered their most powerful performances yet!

Magneto, at the beginning of this film, has left his life of crime and darkness behind, choosing to settle down in a small European town and raise a family. He has a wife and a child and he seems to be living happily ever after. However, when a freak accident transpires at work and he saves a man from being crushed by a giant metal vat filled with molten metal his coworkers are frightened by what they have witnessed. They now knew that Magneto lives among them and are terrified. His daughter is later kidnapped by the local authorities when they want to bring Erik in and he gives himself up to save his daughter.

His daughter, however, doesn’t want to see her father taken away from her and starts screaming. She turns out to be a mutant and her screams scare the birds in the trees. A young soldier, who had his bow drawn at Magneto, accidentally releases the arrow that ends up impaling Magneto’s daughter and wife together, killing them instantly.

This scene was so emotional and as someone whose favorite X-Men character actually happens to be Magneto I was devastated. Finally, he had turned good…and look what happened. Ooh, it hurt.

As for Professor X, we got to really see him utilize his telepathy in a powerful way. He’s a different sort of hero, one that hasn’t exactly been replicated (at least to my knowledge) because he’s so uniquely special in his own way. I loved how I really got to see his power in this film and just why he is such a great leader of the X-Men.

Plus I learned (thanks to some flashback sequences in the film showing scenes from X-Men: First Class…remember, I didn’t watch that movie all the way through) that Charles Xavier had a girlfriend once. Ah, so sweet.

All in all, if Disney could bring any of these actors back for their reboot of the X-Men in the MCU I would ask for Fassbender and McAvoy in a heartbeat. They are utterly perfect in these roles and honestly, they give Patrick Stewart and Ian McKellen a run for their money for the best portrayal of these characters.

They are the saving grace of this film and the main reason for its enjoyability.

I’m giving this movie a solid 87 out 100 and 4 out of 5 stars. The score would’ve been higher if the second half hadn’t been so dismal.

3 thoughts on “‘X-Men: Apocalypse’: A Decent Superhero Movie That Had Me Riveted”