Captain Marvel and Wonder Woman are the recent female-led superhero movies that we have managed to be given in the last few years and for various reasons, fans of each fandom (or both fandoms) have their reasons for liking or disliking these two movies.

Neither movie is perfect but overall they’re pretty entertaining. Today I’m going to share my comparison of the two films in several different categories and together we’ll see who ends up on top. Enjoy!

In terms of matching Wonder Woman’s beauty, Gal Gadot does fit that box but in terms of acting ability Gadot is shaky at best. She’s the proof that it doesn’t take much to play a superhero and helm your own superhero film.

Unlike Gal Gadot, Brie Larson has won an Academy Award for acting when she won an Oscar for her performance in Room in 2015. Despite the fact that Captain Marvel, ultimately at the moment, is a one-dimensional character she embodies the role perfectly and can surely, if need be, tap into her acting chops.

So, of these two, I feel that Brie Larson is the better casting choice. Gadot is a good Wonder Woman but she doesn’t feel irreplaceable.

Chris Pine plays Steve Trevor, Diana Prince’s partner/love interest in Wonder Woman, and while it’s not exactly how he portrays the role that bothers me, instead, it’s a simple fact that I’m just not a Chris Pine fan. He will reprise his role in Wonder Woman 1984 for some reason and I can only hope that this time around he won’t be stealing the show away from the title hero. 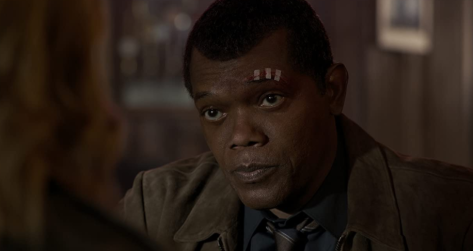 Nick Fury was already previously established in the MCU so there’s no surprise that he would be a fun addition to the film. On top of that, we got to learn how he obtained his famous scar in a totally unexpected way that brought a bit of classic Marvel Studios humor to his story.

Honestly, Diana Prince didn’t have to have a major romance with Steve Trevor in this film. It could’ve been a more subtle love story like the one between Jyn Erso and Cassian Andor in Rogue One and would’ve probably solidified their affection for one another even more.

The love story adds nothing to this film other than a chance for couch potato nerds to get the chance to see Diana Prince kissing. 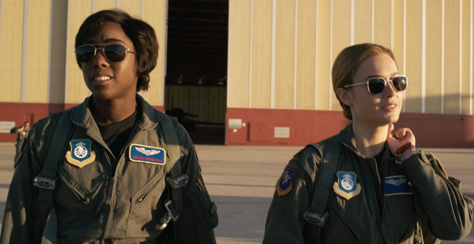 Marvel Studios decided to take a different approach with Captain Marvel’s origin story, instead choosing to introduce an emotional tether through a lifelong friendship between Danvers and her BFF Maria Rambeau rather than a love story. It’s a nice change of pace and a brilliant, family-friendly approach to the superhero’s film.

Wonder Woman is filled with some pretty fun action sequences and that’s one of the reasons why I keep coming back to this film to watch it every once in a while. The fight on the beach, the No Man’s Land sequence, the final confrontation with Ares, these are all undoubtedly the best parts of the movie.

Captain Marvel doesn’t have the best action sequences in the MCU. In fact, it isn’t until Captain Marvel’s final confrontation with the Kree forces that the action ramps up and that sequence only lasts about two-three minutes.

Well, it looks like Wonder Woman has finally gotten itself a point.

Sometimes the very thing that may entice you to watch a film is the film’s visual beauty. Some of the greatest movies are partially unforgettable because the cinematography is so amazing. Take the Ocean’s Trilogy for example. Those movies were filled with great cinematography.

This category has another clear winner.

Patty Jenkins was hired to direct Wonder Woman and she did a great job, providing some fun moments visually to a film that gets a chance to let Diana Prince shine as the Amazonian warrior that she is. 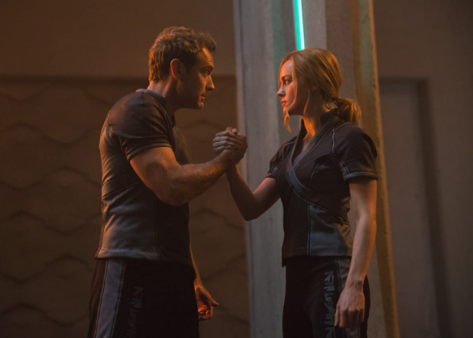 Anna Boden and Ryan Fleck co-direct Captain Marvel and unfortunately, there are no directorial moments that stand out in my memory. That’s probably the reason why they haven’t been hired back to direct the Captain Marvel sequel.

Wonder Woman‘s musical score isn’t bad. In fact, it’s one of the best in the DCEU. Her guitar-centric theme created in Batman vs. Superman is used perfectly in this film, accentuating certain action scenes to express her coolness but overall, there is no memorable theme in this movie. 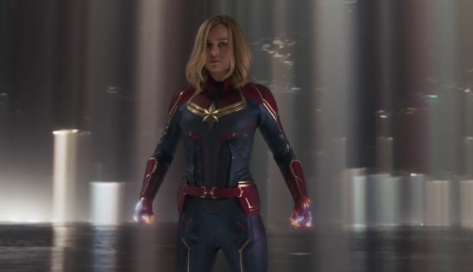 Captain Marvel‘s score is so great I have it on my Spotify. Pinar Toprak delivers a scintillating musical score that feels empowering to listen to, specifically during this moment when Captain Marvel unleashes her full potential against the Supreme Intelligence. In fact, I’m getting chills just thinking about it. 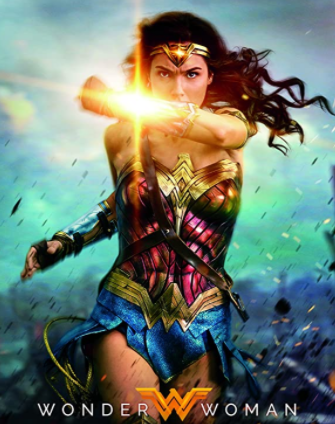 Wonder Woman has always had a pretty cool outfit but what makes this design so perfect is that stays true to her original comic book design but manages to refrain from being too showy. The tiara is fantastic, the bracers are really cool, the boots are lovely, and the one-piece armored suit is iconically crafted. Plus, the colors of the outfit are pretty fantastic as well.

And then there’s Captain Marvel’s outfit which is just so freaking awesome. The combination of red, blue and gold don’t feel costumy. The design feels like something a space warrior should wear rather than being it too revealing and impractical. And the helmet is so cool! Love, love, love the helmet.

This is actually kind of hard to choose so I’m going to leave it at a tie.

I’m not a fan of this origin story for Wonder Woman but it does have a concise and clear view of what it’s trying to tell rather than feeling like a hodgepodge of nothingness and ideas for sequels (yes, I’m talking about you Batman vs. Superman.) And the Ares plot twist at the end is a nice touch that adds some unpredictability to the last bit of the movie.

To be honest, Carol Danvers’ origin story is actually kind of boring in the comics so it’s no surprise that her standalone film wasn’t that great. Don’t get me wrong, I love certain elements of this movie, but it’s clearly a predictable and totally unimaginative film that is far exceeded by many of its MCU peers.

This category has another clear winner.

Wonder Woman’s greatest moment doesn’t come at the end when she destroys Ares and essentially ends the first World War, a moment tainted by Steve Trevor’s steal-the-show sacrifice that supposedly makes Diana become super powerful. Her greatest moment instead comes in the middle of the film when Diana, tired of being told what not to do, crosses No Man’s Land in the face of the Germans.

She blocks bullets with her bracers, knocks bombs to the side with her shield, and acts as a deflection for her friends to weaken the German line, all while the scene is imbued with an epic score that literally brings tears to my eyes.

Ever since the first time I saw this part I have loved this scene and it remains as one of my favorite superhero moments to this very day.

When Carol Danvers finally realizes her power in this movie it is INCREDIBLE! I remember watching this scene for the first time in the movie theater. I was blown away not only by the score (which is FANTASTIC) but by just how mighty Captain Marvel was.

Of these two heroic scenes, it’s almost hard to pick one over the other. The No Man’s Land sequence is the one of the only times in the movie where we really get to see Diana shine without Steve Trevor stealing the show. She is the Amazonian goddess in that moment and it is displayed beautifully.

As for Captain Marvel, I love that she discovers her inner strength through her own means and fights back against her “maker” with such steely determination.

Oh, this is hard, but I think between the two scenes, Captain Marvel is the best.

By the slimmest of margins Captain Marvel just manages to edge Wonder Woman out for the win and deservedly so. Technically, Wonder Woman is the better film in almost every way but it’s the little things that have allowed Marvel Studios to become a franchise goliath while the DCEU can simply chase after their success.

What do you think is the better movie? Feel free to share your thoughts in the comments below.

7 thoughts on “‘Captain Marvel’ vs. ‘Wonder Woman’: Which Movie Is Better?”

New Trailer For Where The Crawdads Sing Flies In

‘Ms. Marvel’ Reminds Me Why I Love Marvel Studios

Free! Teams Up Again With Karaoke Tetsujin For The Final Stroke