The Pirates of the Caribbean franchise will be getting a much-needed reboot in the coming years with Margot Robbie set to star in it but until then we can only look fondly (or poorly) on the five movies Disney has given us featuring pirates, romance, and epic sword fighting duels.

Let’s take a closer at each film.

Pirates of the Caribbean: The Curse of the Black Pearl 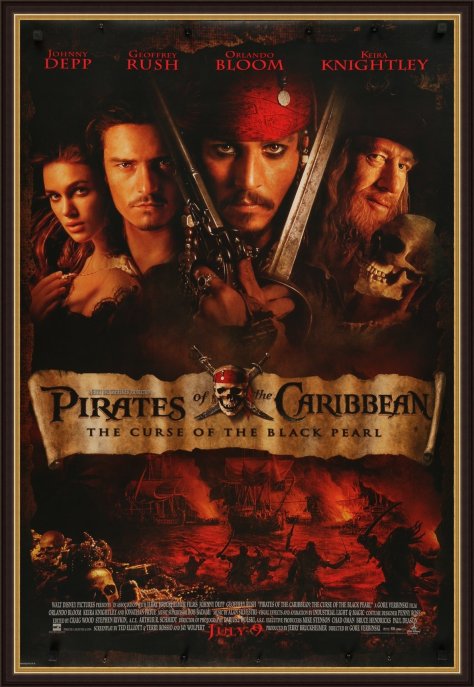 Pirates of the Caribbean was based on a ride at Disney World. Yes, an amusement park ride! Yet, with a great script and perfect casting, this movie excelled all expectations and is considered by many as one of the greatest Disney movies of all time.

With a very basic plot (a young man and rascally mentor of sorts must save a beautiful damsel from scary bad guys) the movie never fails to bring joy to the viewer. Its extensive runtime makes it feel like the film goes on forever and by the time it’s done you feel like you’ve enjoyed a spectacular ride.

When a sequel to The Curse of the Black Pearl was made I’m sure people were excited but skeptical. I mean, could it follow the first film in tone and enjoyment? It’s fun, for sure, but if I’m being totally honest, can be rather confusing and hectic at times. But with Jack Sparrow continuing to be a hilarious presence in the movie, it still managed to give viewers some happiness.

Pirates of the Caribbean: At World’s End 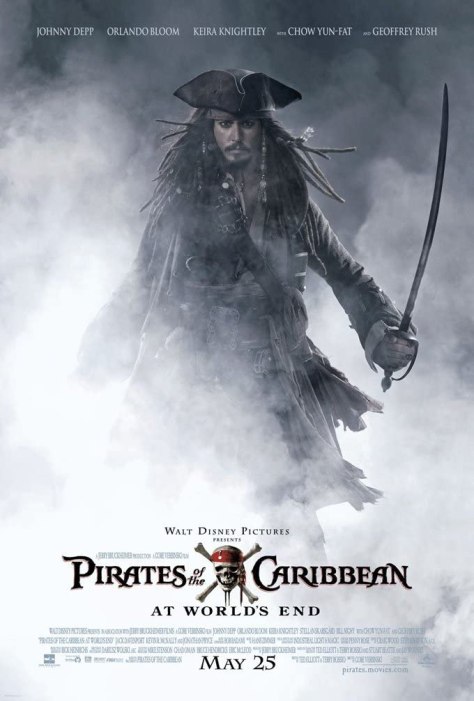 When movies make money production companies usually try to continue that film franchise until it breaks itself. With Pirates of the Caribbean: Dead Man’s Chest making over a billion dollars it was very clear that a trilogy would be formed.

The third film was given a bit of a darker storyline as Will Turner and Elizabeth Swann have to fetch Jack Sparrow from the jaws of death while also preventing a full-blown pirate war from happening. Once again, there’s a lot of stuff going on with a bit of tragedy along the way but ultimately, the trilogy ended with a bang but the movies wouldn’t come to an end there. Oh no, never.

Pirates of the Caribbean: On Stranger Tides

Boring, boring, boring! Pirates of the Caribbean: On Stranger Tides is an uninspired cash grab that tries to deal more mythical pirate nonsense and devolves into a movie not worth wasting two hours for.

Pirates of the Caribbean: Dead Men Tell no Tales

Once again, Disney was desperate to rekindle the same magic that its predecessor fourteen years before created when casual moviegoers walked into theaters and praised The Curse of the Black Pearl for its lovable storytelling. Dead Men Tell no Tales had a great teaser but the actual movie turned out to be super underwhelming.

I’ve only watched it twice and I tried two other times to give it another chance but I just can’t. This movie is so boring and Jack Sparrow’s unique goofiness is overkill in this movie. His likability is no longer as prominent a factor as it once was and the film’s appeal through the cast is practically nonexistent.

Bwenton Thwaites’ Will Turner sure is handsome but that’s all he is. There’s nothing remotely memorable about him. And Kaya Scodelario’s Carina Smyth is no damsel in distress but she also seems to lack a chance of likability as she flaunts about the movie acting “independent and tough” and emitting extreme boobage. 😒

All in all, these five movies have their hits and misses. My favorite part is Pirates of the Caribbean: Dead Men’s Chest which, while it clearly isn’t as well-made as The Curse of the Black Pearl, is just pure fun. And because of its lengthy runtime, it provides more time to enjoy the madness. Of these five films, which is your favorite?