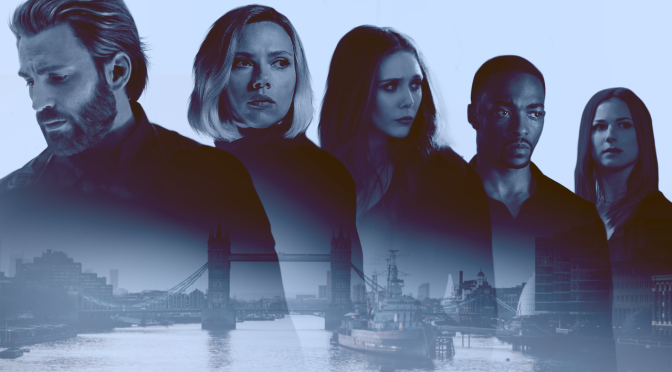 When Sam Wilson woke he knew something was wrong. His Falcon exoskeleton suit was gone, leaving him in his normal attire. Beside him, Wanda Maximoff was laying on the dank stone floor unconscious. He touched her forehead and was relieved to feel that her temperature was normal.

He sighed. Where were they?

He stood, walking to the glass wall that sat on the far side of the cell. Unfortunately, there was nothing to see except for a dark stone hall lit by torches. That was odd. Who used torches for light anymore?

He placed his hand on the glass wall, half-expecting it to shock him, but it was a normal barrier. A lightbulb went off in his head. He looked at his hand, balled it into a fist, and punched the glass with all of his might. (He had once seen Steve Rogers punch glass and it cracked expectedly.) It felt like he had broken nearly every bone in his hand. He groaned as he cradled his throbbing hand. The glass, however, was unmarred.

He heard movement and when he looked Wanda was rising to her knees and holding her head. He hurried to her side, startling her.

Wanda’s eyes glowed red and tendrils of crimson energy seeped from her fingers. He watched as she sent the tendrils feeling around the room for an escape. When her eyes’ color returned to normal she looked grim.

“I can’t find a way out nor determine where we are,” she reported.

He was about to speak when she suddenly placed a firm hand on his shoulder. Her expression was alert.

“Someone’s coming,” she told him.

Sam looked toward the glass wall as he too heard the click of heels and the thump of heavy footsteps in the stone hall. Seconds later Dr. Frost appeared resplendent in her white clothing and golden mask, her three Winter Soldier bodyguards standing to either side of her. Sam’s jaw clenched. Apparently, his cuffs restraining the Winter Soldiers he had fought hadn’t worked.

“So you’re awake,” she commented. “Good because I have questions. Where did your friends go?”

“I see. Your stubbornness to comply won’t change anything.”

“Why don’t we ask the questions and you answer them?” Sam complied.

Frost’s hands clasped. “Okay, that sounds fair. You are the ones who are captured.”

Wanda was surprised with her response but Sam wasn’t in the slightest. This woman’s lust for power made her overconfident and overconfidence made one chatty. Bad guys were all alike. She wasn’t an exception.

“You are in a secret dungeon located beneath the Tower of London.”

“Where is King T’Challa?” Wanda seconded.

“So, now what? You’ve taken over London? You going after the United States now?” Sam asked.

Frost’s lips quirked upward into an amused smirk. “I have displayed my power. The world will now listen to my terms.”

“And is this what you want or is it the grand scheme of whatever creature that lives inside of you?”

Frost’s amusement melted away. “My power is mine and my own.”

“I don’t see it that way. If weren’t for your little friend stepping in to save you you’d be the one in a cell,” Sam noted.

The HYDRA scientist immediately grew angry. “Okay, enough questions. You still haven’t answered mine.” She banged her hand against the glass. “Where did the others go?”

Once again Sam and Wanda did not respond. Frost cursed.

“I knew you were going to make this difficult.” She took a deep breath, regaining her composure. “No matter. The world is now my oyster,” she leaned toward the glass, “and you will have to wallow in the guilt of your failure.”

With that final comment, she left. When the sound of their footsteps entirely disappeared Wanda said, “We need to find a way out of here.”

Sam stood, walking toward the glass. As he placed his hand on the glass he closed his eyes. He had been in tough situations before but would this prove to be the toughest of them all? And how long did they have before Dr. Frost would get annoyed with their presence and get rid of them?

“I hope Sharon is okay,” she continued.

Sam nodded. “Me too, Wanda.” More quietly he whispered to himself, “Me too.”