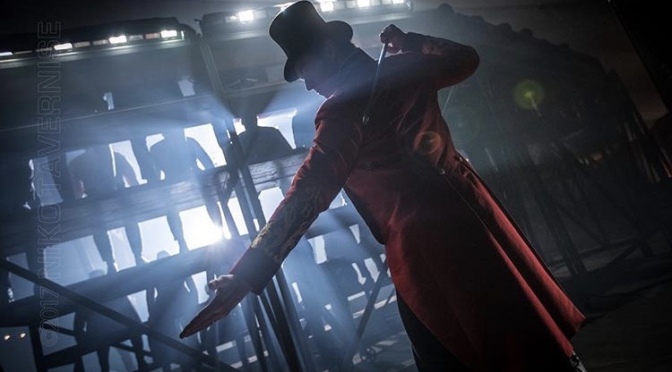 If you had told me just last year that Hugh Jackman would become one of my favorite actors I would’ve laughed. Well, here we are. After watching more of the X-Men movies I began to like him a little bit more but it wasn’t until I saw him in other films that I realized how talented he really was. So, on that note, I decided to make him the actor I would highlight him in this week’s A Movie Ranking. Enjoy!

No, this isn’t the worst superhero movie I’ve seen but it’s nowhere near the best either. With a solid first half, I was actually enjoying this film but it was the lackluster second half that brought the film to a searing crash. And Hugh Jackman’s cameo as Wolverine is one of the most ridiculous cameos that I’ve seen. I get it. We’re supposed to figure out what happened to him after X-Men: Days of Future Past but still…yikes it’s bad.

I really thought this movie would be better than it was. I found the plot to be so underwhelming and when it finished I was left staring at the screen like, “Really? That was it?” There was nothing that stood out in this film to me except the kind-of-awesomely-brutal battle between Logan and Lady Deathstrike. Now that was entertaining!

For 2000, this movie was pretty entertaining. I’d like to say that this was the best superhero film, at the time, since Michael Keaton’s Batman in 1989. In short, it’s pretty good. And yeah, we get to see Hugh Jackman in his first big-time role as Wolverine which is also pretty cool. Who would’ve known that a comic book movie role would change his life so much? But I’m so glad he got the role because honestly, he’s perfect and there will probably never be a better Logan.

This isn’t a bad film and yeah, it made me cry, plenty of times, but it just didn’t feel as memorable or complete as musicals like An American in Paris or The Sound of Music. However, to say I was impressed by Hugh Jackman’s performance in this movie is an understatement. I didn’t know he could sing so…just wow! Jackman is an amazing multi-faceted actor.

X-Men: Days of Future Past was the first X-Men movie my father took me to see in the movie theater and I remember enjoying it and the last three times I’ve seen it since. Hugh Jackman was great in this movie as we see him tackle his relationship with a younger Charles Xavier and Erik Lehnsherr. Plus, he apparently was still fit enough after fourteen years for a naked butt shot so…there’s that. 😆

If you didn’t know that Hugh Jackman starred in one of Christopher Nolan’s films well…here’s the film. I’ve watched this movie once and like most of Nolan’s movies this film’s plot is a bit wacky. So wacky in fact that I barely remember anything about it except some classic Nolan weirdness.

I do remember it being good though and I’ll have to give it another look one day. If you haven’t seen it and you love Nolan’s movies then you might as well as give this one a look because it’s just as intriguing as the rest of his pictures, as expected. And Hugh Jackman does a great job in the film, also as expected.

Hugh Jackman’s swan song as Logan was gritty, perfectly written, and just brilliantly made. Wolverine went out in a bloody whirlwind of epicness and after a recent viewing of this film it easily became one of my top ten favorite superhero movies. I love its rawness and its grim look on the story of the X-Men. And Hugh Jackman did such a great job that I agree with fans, he should’ve been nominated for Best Actor.

Speaking of films Hugh Jackman should’ve gotten nominated Best Actor for, this is one of those movies. Prisoners is a haunting mystery that will keep your eyes peeled to the screen in heightening horror. Yeah, the film’s conclusion was sadly underwhelming and took a turn for the more conservative route but its first three-fourths of the movie are nothing short of brilliant.

I love a good mystery and Denis Villeneuve’s Prisoners is one of the finest.

I cannot believe I’m saying this but The Greatest Showman is undoubtedly my favorite movie of Jackman’s. Next to his role in Prisoners it’s my favorite role of his as we got to see his singing talents displayed front and center once again. And you know, everyone loves a good dark movie but sometimes a good movie that fills you with joy is even better and that’s what this film provides. Sheer, unadulterated happiness and I love it. I will be watching it for the second time very soon.

So, there’s my movie ranking. I thank you for reading and I hope you have a spectacular day.