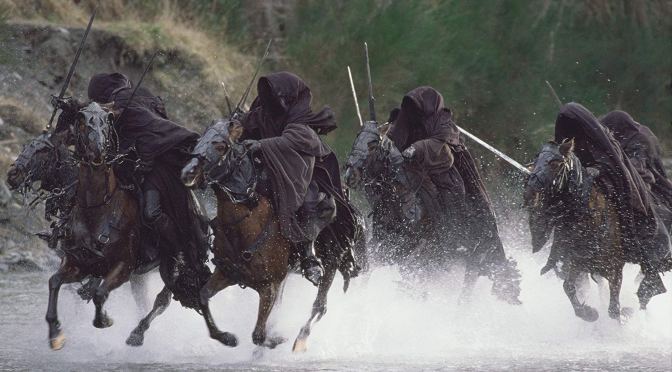 The Lord of the Rings is one of the most epic, if not the most epic, trilogies ever brought to the big screen. Based on a novel that would capture the imagination of minds around the world, young and old, these films are lightning in a bottle and have a minute chance of ever being replicated or matched in brilliance. And the teaser to announce the films’ arrival is one of the most magical I’ve ever seen. Take a look.

The first 50 seconds of the teaser is kind of good but it feels old. Like it’s totally under the format of 90s’ teasers. It is the teaser’s last 50 seconds that gives me chills just thinking about it. The music changes and suddenly, the magic that is The Lord of the Rings is revealed.

We see the main cast of characters, we get the dates for each film which arrive in succession after one another, and as the music continues to imbue the trailer with a sense of chill-inducing wonder, the words You will find adventure or adventure will find you appear on the screen as the teaser reaches its end.

This trailer is magical to me because I’ve lived with this movie my entire life. As a toddler I was seeing this film in my eyes before I even realized it. Now, as an adult, I can’t imagine how incredible it was to experience these movies in 2001, 2002, and 2003 for the first time but this trailer gives me an idea of just how magical a time it was.

2 thoughts on “Counting Down My 20 Favorite Trailers: #3-‘The Lord of the Rings’”