Sharon Carter woke with a start. She sat up, gasping for breath, her heart pounding in her chest. She looked down, immediately noticing the shimmering grey smock she was now wearing. She felt her abdomen, searching for a sign of her deadly wound. There was none.

Her gaze rose and she found herself located in a place she had never seen before. It was a bright room with stone walls riddled with neon blue veins. She lay on a strange platform that was surprisingly warm to the touch.

Putting a hand to her head she took a deep breath. She had to regain her composure. The last thing she remembered was being run through by a jagged piece of metal. Now she was in a strange place. She didn’t know how she managed to survive, nor who brought her…here, but she had to be prepared for the worst. END_OF_DOCUMENT_TOKEN_TO_BE_REPLACED

After doing a recent post ranking all of the movies I’ve seen featuring Hugh Jackman one of my readers suggested I should watch The Fountain. Considering that I have begun to really enjoy watching Hugh Jackman films, especially ones that involve him not playing the hero, Wolverine, I decided to give it a look. Oh my goodness, wow.

First off, The Fountain is definitely not for everybody. Its one hour and thirty-six minute storyline features Jackman and his co-star Rachel Weisz over three different timelines in a strange plot that tackles the idea of death and the afterlife.

The movie was a bit odd at first, well honestly, it was odd all the way through but its story was solid enough to process and boy I just couldn’t stop crying after a while.

Maybe it was Clint Mansell’s hypnotically solemn score that had me bursting into tears as he imbued each scene with such emotional impact. Or maybe it was simply the powerful performances by its star actors, Hugh Jackman and Rachel Weisz, who managed to imbue so much feeling into their scenes together. Or maybe, simply, it was the film’s emotional storyline that continued to gnaw at me.

Gosh, I’m still wiping tears while I write this.

Thank you Eric Foley for recommending this movie to me. It was exceptionally weird and so perfectly written that I have to applaud its brilliance. It’s a movie I will never forget. 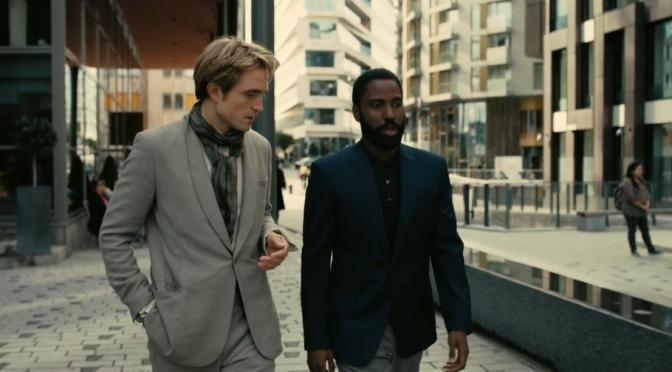 When I watch a movie I like to compare it to similar films I have seen of the same genre. TENET is easily comparable to the likes of the Bond films and Mission: Impossible movies with its gorgeous actors and locations (that’s the Bond aspect) centered around a top-secret mission to stop doomsday (that sounds like Mission: Impossible to me.) But of course, it’s Nolan-esque twist is its incredibly confusing, mind-bending theme of time inversion and good guys from the future fighting an antagonist who can move through time.

I’ve only seen TENET once and my family and I, over the past two days, have managed to decipher a few clues dispersed throughout the film’s convoluted storyline, delivering some rewarding discoveries that have made us want to watch the film again the next chance we get. But there was one very important detail that didn’t need to be explained or seen again to understand and that was the awesomeness of The Protagonist (John David Washington) and Neil (Robert Pattinson.)

These two fellas, who were both remarkably handsome in their own right, stole the show with their performances as the ultimate spy duo moving through time to save the world.

They were so great together, in fact, that their scenes were my favorite parts in the movie, leaving me wanting to see another film that features the two characters stopping more bad guys through time in mind-boggling ways.