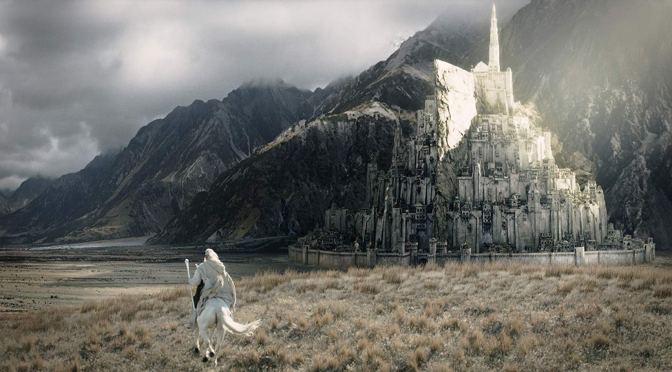 How are the movie theaters striving to stay open during COVID? They’re playing old classics that are driving people to the theaters and that’s an exciting thought. Last week I saw The Empire Strikes Back for the first time in theaters and it was an experience I’ll never forget. Yeah, I’ve seen the movie literally a hundred (or more) times but it was a whole other beast on the big screen with the explosions and engines of the ships rumbling around me.

Since that day, I’ve been super excited to see more of my favorite films in my local theater and one such film that I really want to see on the big screen for the first time is The Return of the King.

I was five when it was theaters in 2003 and, well, suffice it to say I wasn’t old enough to go see it. But that doesn’t mean I haven’t watched it plenty of times at home imagining what it was like to see The Ride of the Rohirrim scene on the big screen.

With The Lord of the Rings Trilogy now being released on a 4k format it’s only a matter of time before these films are re-released in theaters during an anniversary or something like that and when that happens, if that happens, I’ll be a happy lady.

2 thoughts on “Can We Get ‘The Lord of the Rings’ Back in Theaters Please?”