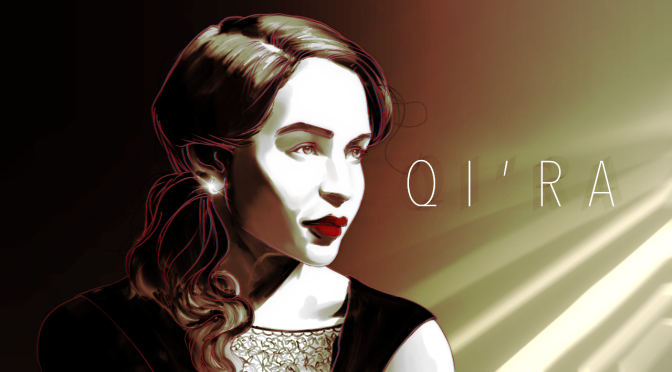 The rest of the Senate meeting went well enough but Qi’ra knew she had made enemies and she loved the prospect. Those enemies, however, confronted her after the meeting and to her great surprise, they were representatives of her fellow crime syndicates in the galaxy.

Apparently, her partnership with the Moff without the syndicates’ consent made them feel belittled by her power. And this insecurity had them quivering with rage.

War was something she didn’t want to invoke but it seemed she had pushed the limits and war between the syndicates would become inevitable.

The prospect of such an occurrence actually excited Qi’ra, for with The Empire on her side, any syndicate who dared challenge her would face a mighty army. Her mighty army.

On the other hand, Moff Arnim’s allies embraced Qi’ra with expected gusto, praising her for her political tact, especially considering that it was her first time addressing the Senate. They wanted to know more about her, see the inner workings of the machine she had built over the past couple of years that was now known across the galaxy as Crimson Dawn.

It wasn’t long before she realized she had stolen the show and even though Moff Arnim was trying to hide his annoyance she could feel his disdain rolling off of him like mist.

She, however, basked in the attention, choosing to accept this moment of grandeur.

And then, suddenly, in Moff Arnim’s office where Qi’ra, T-38, and Nienye had retired to in order to converse with his allies about plans moving forward in obtaining the Noad System, an Imperial Royal Guard appeared at the door.

A hush fell over the room, for being in the very presence of one such individual meant something serious was happening.

“The Emperor would like to see Qi’ra, leader of Crimson Dawn,” the Imperial Royal Guard announced.

Qi’ra’s heart skipped a beat as all eyes turned to her.