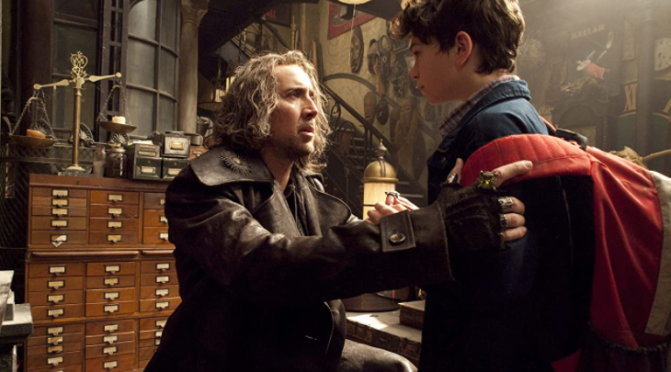 Well, I just saw The Sorcerer’s Apprentice yesterday with my sister for the first time and I have to say, we both approve. Yeah, it was a bit cornballs at the end but overall it was a joyous experience that had me beaming, laughing, and riveted until the end in a similar fashion to my experiences watching the Pirates of the Caribbean movies.

Besides Harry Potter, I feel like this was the first children’s movie to handle magic in a similarly fascinating light. The idea of the magic spells and the way they were utilized in the film was actually really fun and left me wide-eyed in amazement.

I loved Nicolas Cage in this movie. I haven’t watched a lot of movies with him…actually I’ve only really seen two; Face Off and Spider-Man: Into the Spider-Verse, but he was really cool in this film. I mean, a rock-and-roll Merlin-like master? The concept could’ve been ridiculous but he pulled it off.

Now, since he is a part of Disney, can he appear in a Marvel movie please? That would be awesome!

This was another one of those stories that I’ve been hearing about since I was a kid and I’m glad to see that the film was actually quite fun.

I’ll give it 4 out of 5 stars and 89 out of 100. It was almost really good but the second half slightly lost steam and got predictable.

This movie is currently available on Disney+.