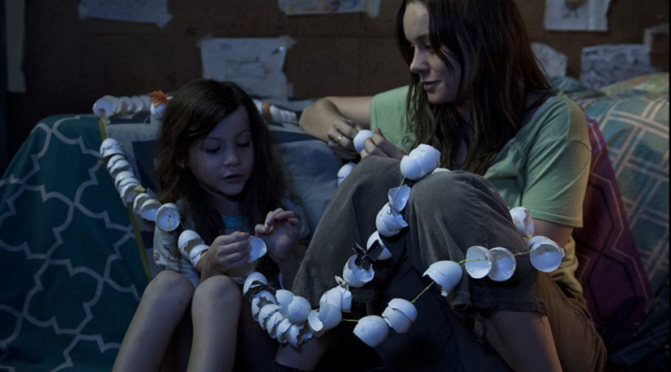 Room, the film that awarded Brie Larson her first and only Oscar, is a movie that has interested me ever since I heard about it. Considering that I am a Brie Larson fan for her role as Captain Marvel I was super intrigued to see why her performance in Room garnered her an Oscar and after seeing the film I totally understand now.

Room follows the story of a kidnapped woman (Brie Larson) and her son, born in captivity, as they live life in a single room locked away by their captor. The film is heartbreaking, depressing, and oh so dreary. I found myself crying quite a bit and yet was utterly enthralled in this story that felt so real. There was never a moment where I felt that the movie had been written that didn’t seem realistic and that was very important.

The performances by the film’s two leads, Brie Larson and Jacob Tremblay, were top notch. Tremblay provided such an overwhelming performance that I feel he’s the best child actor I’ve seen since The Sixth Sense‘s Haley Joel Osment. He should’ve been nominated as well.

All in all, if you haven’t seen Room, I implore you to do so. The film is way better than I expected and quite the find, as long as you have tissues on hand.

I’m giving it 100 out of 100 and 5 out of 5 stars. I already liked Brie Larson but after seeing this movie I really like Brie Larson. I’m so happy she’s the one playing Captain Marvel. 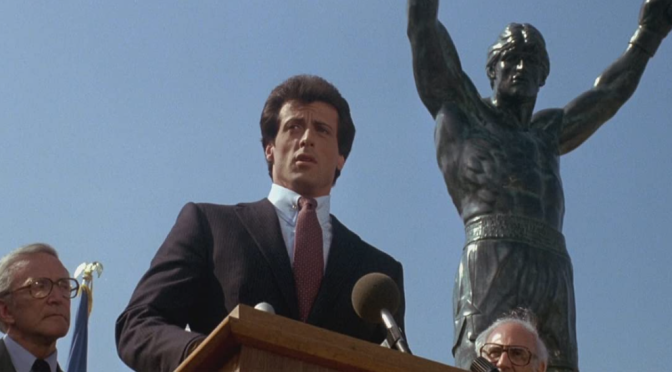 I know Rocky is the movie that won Best Picture and is considered to be the best film of the franchise and I get it. The movie is amazing! It’s a perfectly written story that is designed to make you feel things, namely a waterfall of tears rolling down your face, but the film in the franchise that makes my heart soar is Rocky III.

Rocky III builds upon the story established in Rocky and Rocky II and culminates into something beautiful, magical, inspiring, and something downright tear-inducing. I’ve never seen a movie quite like it before. It’s my favorite sports-themed film of all time of course and no matter how many times I watch it I seem to love it even more with every viewing.

The film is absolute perfection with some of Stallone’s best acting on full display too. And did I say this movie makes me cry buckets?

Sylvester Stallone has given us a gift with these fantastic/iconic movies and I thank him for that. I love this story.