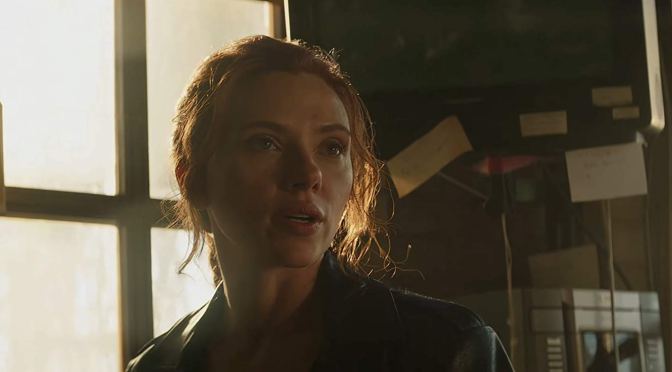 Oh my goodness, it’s almost time. Ten days away from the film we’ve been waiting years for. Ten days until all of the tv spots and trailers culminate into one complete movie that will either be decent like Captain Marvel, good like Doctor Strange, or great like Captain America: The Winter Soldier.

In anticipation for the film, I will be sharing my favorite Black Widow moments, the evolution of her outfits over the years and style over the years, a look at the posters for her standalone film, and even some incredible fan art along the way. Enjoy!

The First Time I Realized I Liked Black Widow

When I first saw Black Widow it was for a brief moment in Iron Man 2. I remember watching her first action scene in that film (you know the one where she defeats all the bad guys in the hallway) and I wasn’t a fan. But, it was Scarlett Johansson’s first time playing a superhero and you could tell she wasn’t entirely used to the action star persona.

Two years later in The Avengers you could already tell that she had grown much more comfortable with the character and was beginning to hone Black Widow. But it wasn’t until this scene opposite Loki that I began to understand there was more to Black Widow than just a pretty face.

We learn that she’s had a very dark past as a Russian spy and that it was Clint Barton that decided to give her a second chance, hence her strong bond with him. But above all, we see her trick Loki, a man who thinks he’s so smart, into revealing his plan to unleash the Hulk.

She’s not just a woman who kicks butt and looks pretty doing it, more importantly she’s very smart, and it was there and then that my love for Black Widow began.

Despite being very simple in its design Black Widow’s outfit in The Avengers has always been one of my favorites. At this point, she’s more of a S.H.I.E.L.D spy than an Avenger, hence the minimalist approach to her look. Her hair is also the perfect length. It never feels like it’s in the way or unrealistic in a fight against an alien army.

Remember this? This was the very first of a plethora of Black Widow posters released for the film. See the date? Yeah, this was back when her movie was still slated for May of last year. Wow.

I remember seeing this poster and when I saw the women on the left side I immediately knew they were other Black Widow’s. The thought was so exciting, Taskmaster looked awesome, and it just seemed like this was going to be a film that lived up to the hype.

Now, we’re so close to actually seeing this movie it’s almost worth getting emotional about.

This art is so beautiful. I don’t often see artists draw her outfit at the end of Captain America: The Winter Soldier so this was pretty awesome to find.

Tomorrow, I will share another great Black Widow moment, analyze her next great outfit from Captain America: The Winter Soldier, there will be a new poster to gawk at, and I will be sharing another beautiful piece of fan art celebrating the first female Avenger.

Until then, I thank you for reading and I hope you have a spectacular day.