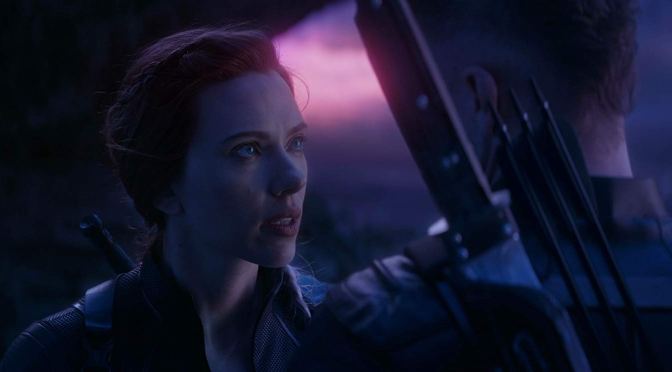 It’s three days until I will get the chance to see Black Widow, the first Marvel movie I will have seen in theaters since Endgame over two years ago, and I am ecstatic.

In preparation for the movie I did a Marvel movie marathon where I watched every film that featured Black Widow. It took two days to complete and it was pretty fun but what was most fascinating is watching the writers evolve Natasha Romanoff from this flirty eye-candy broad in a tight black suit to a bad*** leader and a true hero.

In Iron Man 2 she, of course, was sexualized the most as Tony ogled at her and she flirted with him in turn. In The Avengers while she thankfully wasn’t forced to have a romance with anyone, namely Hawkeye, she was still forced to be sexualized at the beginning of the movie. In Captain America: The Winter Soldier she’s practically flirting with Steve Rogers the whole movie, even kissing him when they have to evade HYDRA which is warranted but wasn’t totally necessary. And in Avengers: Age of Ultron Whedon came out of left field and bombarded Black Widow with this romance with Bruce Banner that nobody saw coming but kind of made sense? The movie gives us the best idea of her haunting past in the Red Room, including letting us know that she was sterilized. It’s a terrible piece of information that gives her character so much more depth but Whedon ruins the moment by comparing her sterilization to being a monster. Ugh.

And so, that’s her story in those four films. Then she returns in Captain America: Civil War and suddenly she’s a totally different person.

She’s no longer flirting with her fellow Avengers or getting in one-movie flings. She’s just a stern-faced bad*** who has clearly become a leader of The Avengers in every way.

She balances the political climate until she eventually does permanently choose sides; that being Captain America’s side. She then goes on to be a fugitive whose story leads into Black Widow. *squeal* I’m so excited!

When she returns in Infinity War she’s even more different and has become a bona fide warrior. Her hair is blond and she now has a more armored look with the vest, shoulder pads, and armored boots. Her entire demeanor is tougher, as if the two years between Civil War and Infinity War have truly hardened her. Of course, The Avengers lose the fight against Thanos and out of every Avenger, it hits Natasha the hardest.

We don’t know how her story unfolds in Black Widow yet but it’s very clear that it will have an impact on her conclusion in Endgame. This is the most depressed we’ve ever seen Black Widow but it’s also her most determined and heroic version. She continues to lead The Avengers even when the whole world is in disarray and The Avengers aren’t needed anymore, all because she intended to hold on to the belief that she could still do something right. Even after all of the atrocious things the KGB made her do and the dirty work she unknowingly did for HYDRA, she had found her purpose as an Avenger and she was determined to hold onto that responsibility with everything she had.

When they discovered a plan to bring everybody back she was right there ready to do whatever it takes to save the universe…even if that meant sacrificing herself.

Just look at this picture. Clint is clearly distraught at the notion of what’s about to happen but Natasha is resolute. She is ready to die for the people she loves and to finally wipe out the last dregs of red in her ledger. Her story has reached its end and she takes solace in knowing that her friends, her family, will see the job done.

Why am I getting emotional writing this?

Black Widow has one of the most intriguing stories in the MCU and while for so many movies she was treated as the hot side character her last three entries are what cement her as one of the most heroic Avengers.

I can’t wait to see Black Widow to A) rediscover just how awesome she is as a character and B) see how it fits into the overall narrative of her story in the MCU.

I thank you for reading and I hope you have a marvel-ous day.