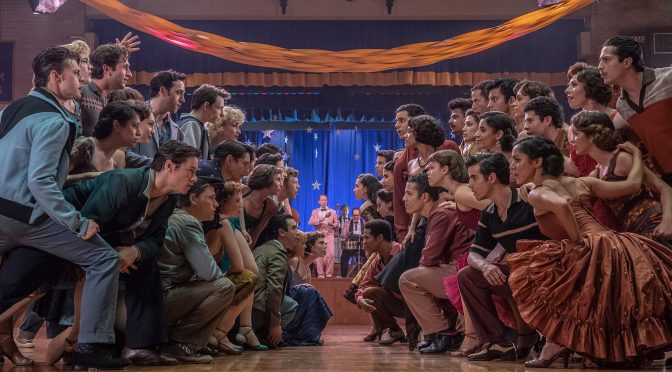 A couple of years ago I watched West Side Story for the first time and I was not a fan. In fact, it was one of the only musicals that I ultimately despised. There’s just something about this story that has never resonated with me but after seeing the teaser for West Side Story I thought that maybe Steven Spielberg would provide that hint of magic that would make me finally understand why people love this musical so much.

I have to admit, Spielberg’s extremely faithful reiteration of West Side Story is more enjoyable than the one from the 60s’ mainly because the cinematography is prettier and the story feels a bit more comprehensible.

Everyone was so transfixing and believable in this world; Mike Faist’s Riff, Ariana Debose’s Anita, David Alvarez’s Bernardo, and Rachel Zegler’s Maria. They sang beautifully, danced even more beautifully, and I was sucked into this story. But then Ansel Elgort’s Tony showed up and he just didn’t fit. He can’t sing that well, he’s an okay dancer, and I’m sorry but he just isn’t handsome or charming enough for this role. I feel like I’m being harsh but honestly, he didn’t make it believable that Maria would fall for him THAT hard.

I ended up making it only an hour into the movie before I had to quit. West Side Story is just not my cup of tea and because this version is so faithful to the original movie, well, it wasn’t making me happy either. I ended up getting back to this wonderful Korean rom-com called Hometown Cha-cha-cha. I can’t wait to share my final thoughts about it after I finish it next week sometime, probably Sunday. (IT’S SO CUTE…AND GOOD!)

All in all, I’ll finish it sometime but it’s definitely not a movie I’d recommend.