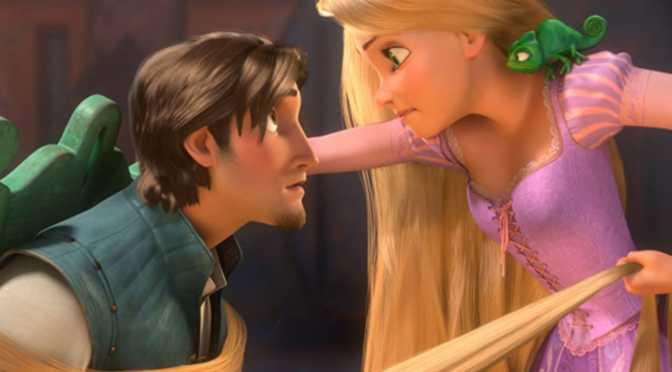 I. Love. Tangled! My love for this movie was rekindled when I realized it was the tenth anniversary this week (it’s been out for ten years?!) and so my sister and I decided to watch it (mutually, it’s our favorite Disney princess movie next to Moana.) It’s just so good!

I remember when I watched it for the first time ten (or was it nine?) years ago. It was Christmas night, my family and I had decided to spend the holiday in an Embassy Suites in a nearby city of ours just for fun, my sister and I got our very first Barbie dolls (my sister’s was an African-American Ballerina Barbie and I had an African-American cool-girl Barbie), and as we sat eating a kids’ meal (I remember having pizza) we watched Tangled for the first time.

My sister isn’t a fan of Disney musicals. Not for any particular reason. She just doesn’t like the cheesy musical numbers. And yet, even then, in 2010 (or 2011, I’m not quite sure) she loved this movie just as much as I did.