It’s Saturday and it’s always fun on the weekends to watch a great movie. Now, more than ever, as we must find time indoors due to COVID-19. Each Saturday I’m going to share a film that has managed to impress me in all possible facets as that week’s Movie of the Week and for this first segment of this brand new series I have picked Last Action Hero, the best highly underrated Arnold Schwarzenegger film of all time.

I have seen this movie at least four times and with every viewing, I have a smile on my face, I hear a new joke, notice a new thing and am always covered in goosebumps and ridiculously pleased by the film’s conclusion. Here is the film’s synopsis.

With the help of a magic ticket, a young movie fan is transported into the fictional world of his favorite action movie character. END_OF_DOCUMENT_TOKEN_TO_BE_REPLACED

Because I’ve been so busy with my What’s Your Favorite Look? series for the last two weeks I completely forgot to share my movie ranking series this Thursday for a new actor whose several movies I’ve seen and have decided to rank.

Today, I’m returning to this new series and the actor I’m highlighting today is our favorite one-liner, Arnold Schwarzenegger. Enjoy!

This was better than I expected but it’s not my favorite Schwarzenegger movie.

I saw Total Recall a couple of years ago and while I was riveted I found the film to be something I don’t want to watch again.

My father’s been telling me about Conan the Barbarian for years. When I finally watched it I was impressed…but slightly underwhelmed. At the time when it was made (1982) it was an impressive movie. Now, it’s old.

After seeing ALIEN I wanted to see Predator. Predator isn’t anywhere near as good as ALIEN or ALIENS but it is entertaining. 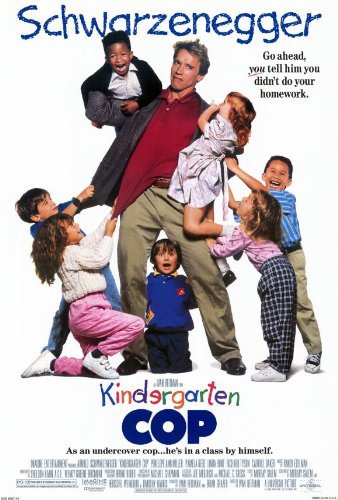 This is one of those movies that catches you by surprise. You’re going along with the story on a boring day and then suddenly, bam, the movie starts getting better and better until you’re crying by the end. That’s what happened the first time I watched the film and it’s why this always be one of my favorite Arnold Schwarzenegger movies.

Science-fiction at its finest. And yeah, Arnold Schwarzenegger plays an amazing robot.

You would think a sequel to The Terminator would be an absolute nightmare right? Wrong! James Cameron took this story to the next level in a way that most films can’t and Arnold Schwarzenegger returned as a hero, a delighting twist that took the movie to a whole other level.

Now, you’re probably thinking to yourself, “What could possibly be greater than Terminator 2: Judgment Day?” Well, I’ll show you.

I remember when I saw Last Action Hero for the first time. I didn’t know what to expect but it wasn’t long before I was beaming with joy as I watched the film. Yes, it may have bombed at the box-office because it came out during the same week as Jurassic Park! for crying out loud. Yes, critics may have hated it. But I personally LOVE this movie.

It’s perfect from beginning to end, with a thrilling What If? storyline that has so many imaginatively creative moments.

Yeah, Terminator 2: Judgment Day and The Terminator are fundamentally better movies but hey, every time Last Action Hero is on I watch it because I love it that much. And it’s got Ian McKellen in it! How much better can you get?

What’s your favorite Arnold Schwarzenegger movie? Feel free to share your thoughts in the comments below.