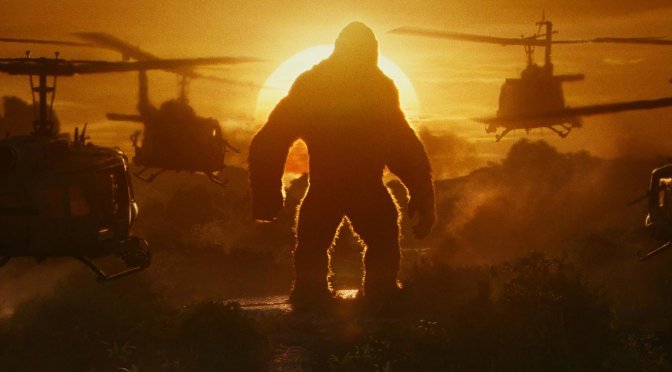 END_OF_DOCUMENT_TOKEN_TO_BE_REPLACED

Before King Kong and Godzilla duke it out in a battle of the ages next year here’s a look back at the second movie released by Warner Bros. highlighting these iconic monsters, Kong: Skull Island. Enjoy!

First of all, I have no idea what the character’s names are.

I know there was Samuel L. Jackson who was the revenge-stricken captain. 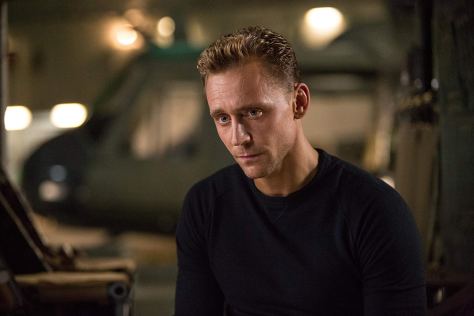 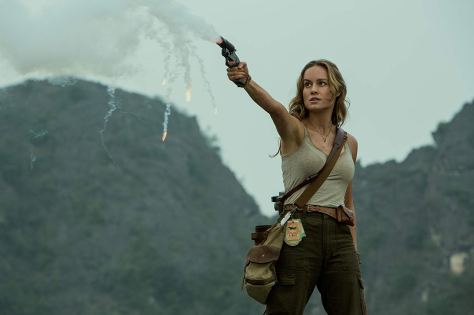 There was Brie Larson who played the role of the infamous Caucasian female who is part of King Kong lore. She was somewhat of a damsel in distress but at least she had logical clothing and shoes, unlike someone I know in Jurassic World. 😒

END_OF_DOCUMENT_TOKEN_TO_BE_REPLACED

As you probably have noticed from my site I love movies. There are some films however that I happen to miss when they come out in the movie theaters and I have to wait until they’re available on Digital or Blu-Ray. Well, The Great Wall was one of those movies.

When its first trailer debuted in 2016 it was met with a ton of backlash, and deservingly so. The trailer portrayed that this movie was going to revolve around a Caucasian man, played by Matt Damon of all people who, somehow, was on the Great Wall and was obviously the savior of the Chinese. It was a very bad way to advertise the movie and ended up killing any chances of the movie becoming profitable. It was so distasteful that there was next to zero advertising for the film until a couple of weeks before the movie debuted in theaters.

And Matt Damon seemed to be very absent. He was barely on any late night shows and he was definitely not on the cover of any entertainment magazines. When the movie was coming out I had no desire to watch it. I instead went to see The Lego Batman Movie which ended up being a very dry, very boring, not-that-funny hour and thirty-minute movie that felt like it was taking FOREVER to finish.

So, eventually, The Great Wall was available to watch on Google Play and craving a new movie I decided to rent it and see if it was good or not. I came into the movie thinking it was going to be just a tad bit more enjoyable than Assassin’s Creed which would mean it would be a pretty awful movie.

As soon as the movie started I immediately noticed the cinematography was extremely impressive. It grasped my attention because it was so beautiful. I still was watching the movie however with the notion that it was going to be terrible and would annoy me somewhere down the road. Well, to my great surprise, it didn’t.

END_OF_DOCUMENT_TOKEN_TO_BE_REPLACED 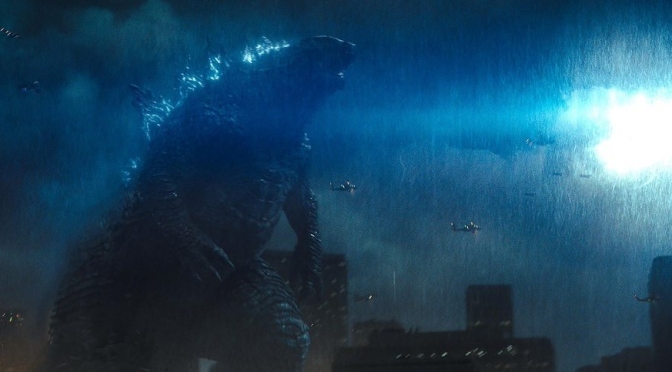 It’s a busy month for next year’s biggest blockbusters as the studios start preparing us for 2019. And now after Marvel excited us with trailers for Captain Marvel and Avengers: Endgame it seems that Warner Bros. wants to get into the game by releasing a new trailer for its monstrous second installment in the Godzilla series. Here it is.

I watched Godzilla four years ago in the movie theaters. I didn’t enjoy it, which was a bummer considering that I was excited to see it. I was hoping that maybe this sequel would make me feel differently.

This trailer was compelling at first and for the most part, it’s a decent trailer with plenty of potentials but the trailer lost me after I saw actor Thomas Middleditch in the film. There’s nothing particularly wrong with him as an actor but I just can’t unsee him as the VERIZON guy. And because of that I probably will not go and watch this movie. It may turn out to be one of the greatest blockbusters of the year but because the VERIZON guy is in it…I just can’t do it.

How did you feel about this trailer? Feel free to share your thoughts in the comments below. 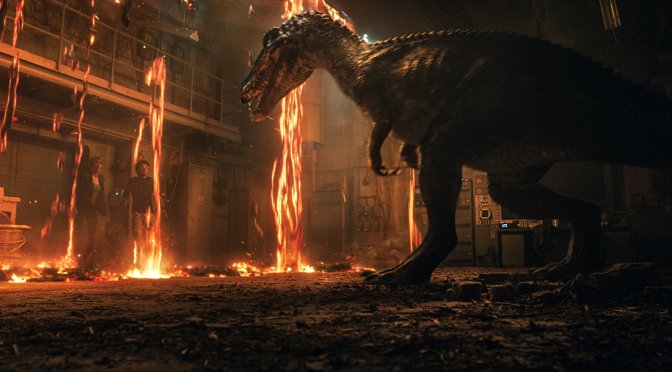 If you weren’t excited about Jurassic World: Fallen Kingdom this tv spot might change your mind. Check it out.

Last night I was watching the first game in the NBA Finals and when this commercial came on I was totally riveted. This movie, by far, looks so much better than Jurassic World and I really enjoyed Jurassic World in the movies, specifically in IMAX. One of my favorite things about the Jurassic franchise is that horror aspect the films so easily concoct and this short clip of the movie was legitimately terrifying. I can’t wait to see what happens next.

I thank you for reading and I hope you have a terrific day. 🙂

The other day I was a little bored and so I decided to watch Jurassic World, a movie I hadn’t seen since I watched it in the movie theaters three years ago, and I have to say, I was pleasantly surprised. When I saw this film all those years ago I highly enjoyed it, from a monster movie perspective. The dinosaurs were scary, the action was riveting, and the movie was very, very loud. Then as I thought about the movie I found myself getting angry. Why did they never let the lady in the movie shed those heels?! It was kind of absurd and it was part of the reason I haven’t watched the movie since.

Well, when I watched it at home the other day I discovered that it actually wasn’t as bad as I remembered. In fact, it was actually kind of a really good movie. Of course, it wasn’t perfect but it was engaging, I was horrified at times, the music was amazing, and I constantly kept getting chills. I don’t get chills from movies unless the film is kind of really good and Jurassic World was definitely that. 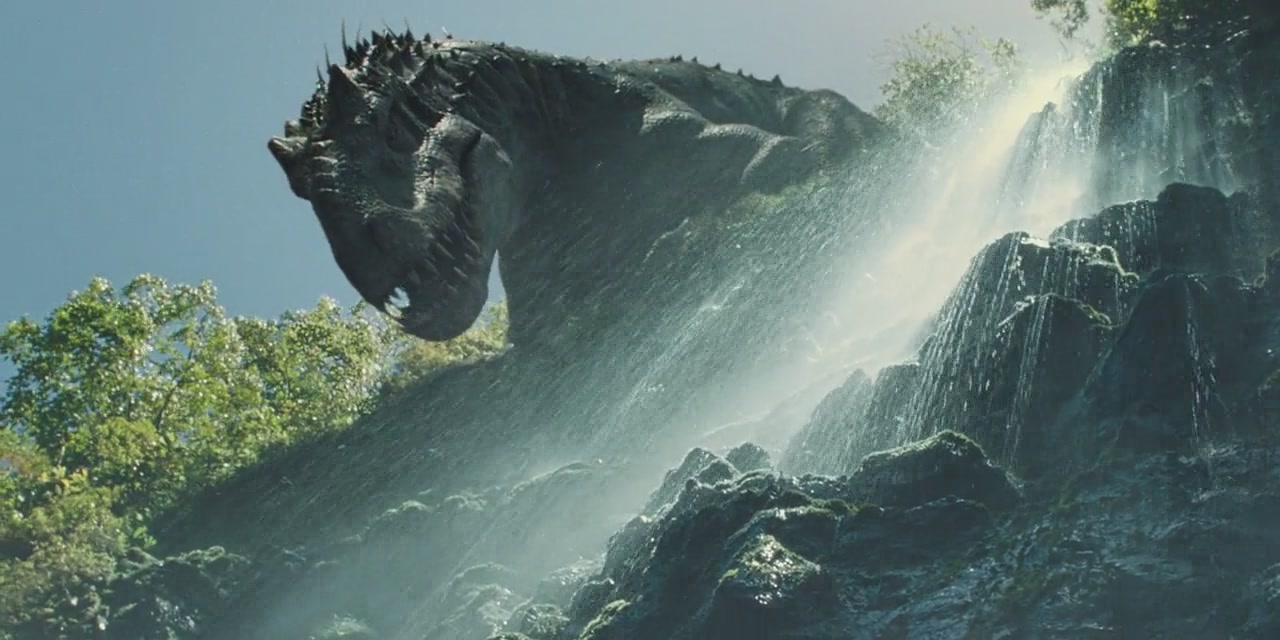 I mean look at that dinosaur. This Indominus Rex (I think that’s what it’s called) is terrifying! I was petrified as it kept chomping people away and chasing the heroes of the movie. *shudder* I’m so glad dinosaurs are extinct.

And at the end of the movie when the original T. Rex went to survey his island and then roared with his iconic Tyrannosaurus Rex cry (I’m getting chills right now just thinking about it) I was like, “Yeah, this is a good movie.”

I can now say that I’m legitimately excited for Jurassic World: Fallen Kingdom. It has the chance of maybe not being as good as its predecessor but I do know one thing that it will have that’s very enjoyable; lots and lots of roaring, people eating dinosaurs and that’s what is going to make the film a blast to watch in IMAX.

If you’ve never seen Jurassic World before I highly suggest you check it out. It’s a fantastic film to watch if you’re having a slightly boring day and you might need a good movie to watch. And it’ll get you ready for its sequel coming out later this year.