For the next nine days I’m writing about the defining moments of nine of Star Wars’ most important characters and today, on this fascinating segment, I’ll talk about my favorite moments from Rey throughout The Force Awakens and The Last Jedi so far.

SPOILER ALERT! This post will contain spoilers from The Last Jedi and so if you haven’t seen the film yet I advise you to discontinue reading now. Thank you for heeding my warning and enjoy!

1. When Rey Refused To Sell BB-8 To Unkar Plutt

When we first meet Rey in The Force Awakens we don’t exactly know if she’s the good guy or not. We figure she is but there is no guarantee. And then when you see her save BB-8 from the clutches of the vile Teedo you get a sense that she is definitely, at least, a kind person. This is explored even further however when she is given a serious choice. She could have sold BB-8 for sixty rations which would’ve been great for herself but she instead chose the selfless act by giving herself only one-half portion of food to keep BB-8 from the grubby hands of Unkar. It immediately relayed her benevolent character to the audience and established her as this trilogy’s seemingly clear-cut new hero.

The moment that made me an immediate Rey fan was when she and Finn had to escape the stormtroopers. In the moment when Finn spotted the stormtroopers he took Rey’s hand and pulled her into a run because he felt that he had to protect her but Rey quickly squashed that idea as she wiggled free of his grasp. She established, in that moment, that she wasn’t going to be a damsel in distress. She was going to be the Luke of this trilogy and the men were going to have to follow her lead. Awesome!

Rey had no idea that running into Finn and BB-8 on Jakku would change her life in the way that did but it set in motion the Force awakening within her. The Force led her to Luke’s lightsaber locked away in a chest deep within a castle thousands of lightyears away which, of course, led her eventually to the man himself, Luke Skywalker.

The vision she received as she touched the lightsaber also hinted at her connection to Kylo Ren by showing him a couple of times even though she had never seen him before. At one point it shows him saving her from a mysterious person about to attack her as she lay vulnerable upon the ground (I believe this is referenced to him saving her from Snoke) and at another time poised to fight her in the snowy forest of StarKiller Base which did eventually take place as well.

This is a powerful moment for Rey that sets her on the path of her destiny.

END_OF_DOCUMENT_TOKEN_TO_BE_REPLACED

Rian Johnson’s main goal in The Last Jedi was to move Star Wars beyond the past and into the future by tearing down some of its strongest foundations such as pretending that the Jedi are the galaxy’s almighty saints when really their foolish confidence allowed Emperor Palpatine to create an army right beneath their noses that ended up destroying them. Or taking away the kind perception of Luke Skywalker and turning him into a flawed man who had lost all hope in what he claimed he believed in the most the last time we saw him; the Jedi. Or simply erasing the idea of the Jedi altogether by having Yoda strike lightning on Ach-To’s force tree. Now we know Rey had already taken the ancient Jedi relics from within the trees confines but the idea of the Jedi is what Yoda caused to go up in a spout of flames.

And there were many more ideas Rian destroyed from its predecessor, The Force Awakens, such as Snoke. He completely busted all of our theoretical bubbles by killing him out of the movie in an even less ceremonious fashion than Darth Maul in The Phantom Menace. He obliterated the idea that Rey was the daughter of someone special. And he nearly wiped out the entire Resistance to make the First Order the new rulers of the galaxy.

But while all of these larger ideas and characters were being torn asunder I completely didn’t realize that one of the most iconic pieces of Star Wars history had also been destroyed right under our noses and that is the annihilation of Luke’s lightsaber. Yes, the lightsaber. 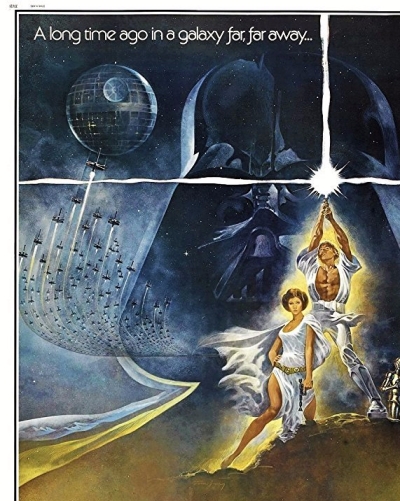 END_OF_DOCUMENT_TOKEN_TO_BE_REPLACED

I love Star Wars for so many reasons and one of those reasons is the lightsaber duels. When I was a little girl I remember watching Revenge of the Sith and The Phantom Menace and then taking my Star Wars toys and remaking those lightsaber battles in my own little way. It was so much fun to not only watch but to also reenact. And then I got a little older and I finally saw the original trilogy and those lightsaber battles were less flashy but all the more incredible. That’s why when Rogue One was coming out I was a little worried, I’m not gonna lie.

There had never been, up to that point, a Star Wars movie that didn’t have at least one Jedi or Sith and at least one lightsaber duel. Now, of course, Darth Vader did cause some serious carnage at the end of the film with a lightsaber but that doesn’t count. His victims were helpless, they had absolutely no way to defend themselves. This post is about actual duels between two individuals with lightsabers. I’ll also only be ranking the duels in the movies. So on that note, let me start.