Queen Amidala is one of my favorite Star Wars heroines. Her role in The Phantom Menace was not only inspiring but simply empowering. I mean, a teenage queen taking on the likes of the Senate and the wicked Separatists with such strength? Gosh, I loved her in this movie. And so did my sister.

As a celebration of the fascinating character, my sister drew a stunning piece of Queen Amidala, in an original outfit, with three of her handmaidens. Here it is.

I am SO in love with this picture. In fact, I made it my wallpaper on my laptop, that’s how much I LOVE it.

My sister continues to create stunning art that is simply indescribably beautiful but this…this here hit my heart as if I was struck by a Cupid arrow. Gosh, I love it!

And it doesn’t even end there. Check out some of her other recent pieces.

Want to see more of my sister’s astonishing art that has been recognized by the likes of John Boyega? Yeah, that John Boyega. Follow her on Instagram by clicking the link here.

I thank you for reading and I hope you have a spectacular day. May the Force be with you, always.

As little girls, my sister and I LOVED gawking at Padme’s stunning wardrobes and hairstyles. As Queen Amidala, she oozed authority with her powerful gowns, eclectic hairstyles, and bold makeup. As Senator Amidala, her style ranged from politically appropriate to dazzlingly flirtatious to no-nonsense fighter all in one movie (Attack of the Clones). It’s safe to say, as children, and even as adults, we have been fascinated by Padme’s incredible getups throughout her involvement in the franchise.

For the final presentation of my sister’s undeniably fantastic fan art, she is sharing her love of Queen Amidala in a new format; manga. Here it is.

Stunning is one of many descriptions I will provide to praise this beautiful work of art. Every time I see it I am absolutely blown away by how ridiculously incredible the attention to detail is in this, and I will say it again, STUNNING piece.

From the gleam in the hair to the shockingly tangible softness of the fabric discerned in the gown and all the way down to the glitter in the headdress, this picture is simply…

I thank you for reading and I hope you have a magnificent day. May the Force be with you, always.

In the last three Star Wars movies there have been four new incredible women that have been added to the unfortunately small list of major Star Wars heroines. And while I have celebrated the women of Star Wars Padme has always never been a part of those conversations and that’s kind of strange. She’s the leading lady of the prequel trilogy, she’s the mother of Leia and Luke, and yet I never talk about her? How could this be? It’s simple. She’s one of my least favorite characters in Star Wars and it’s not even her fault. 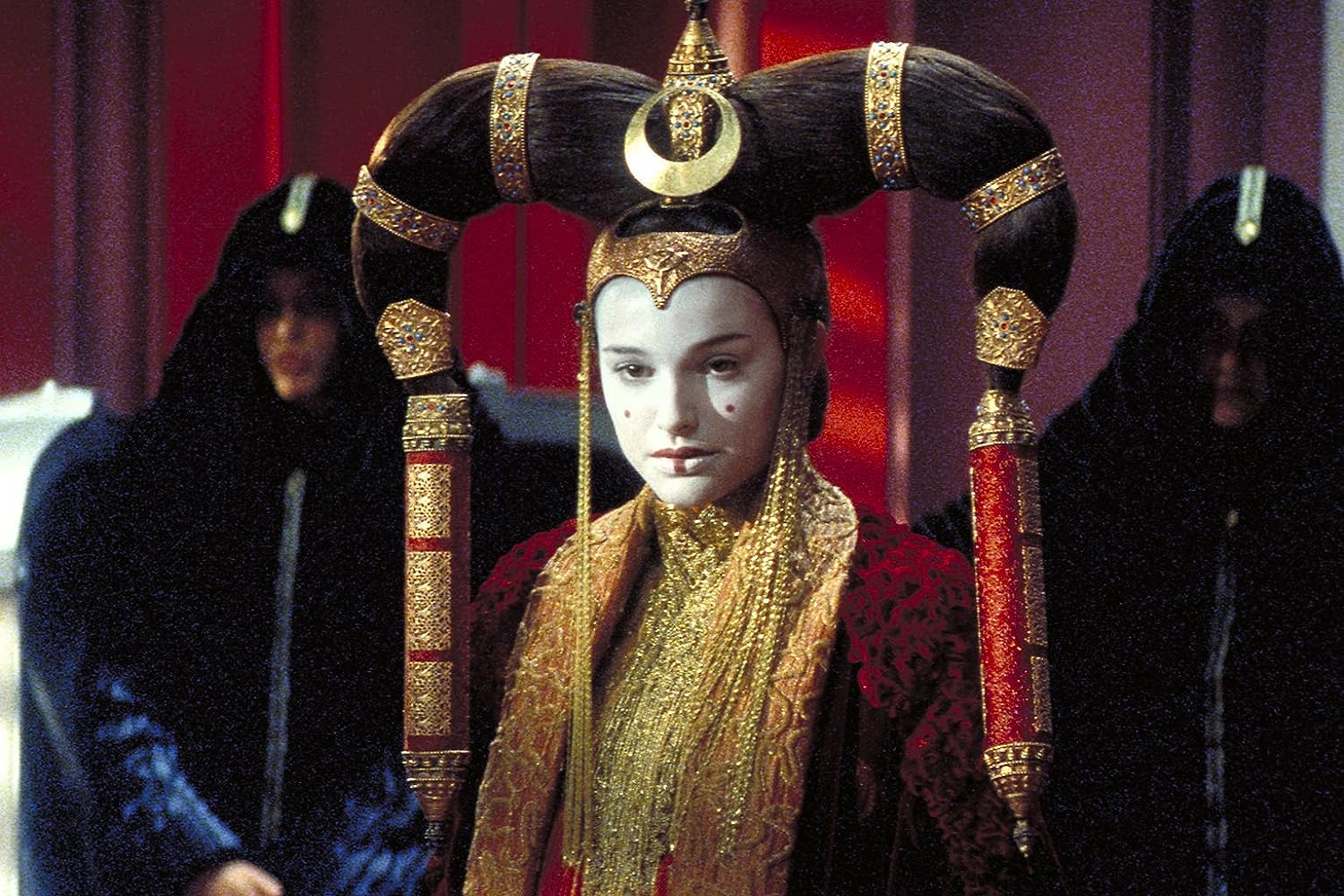 In The Phantom Menace she was everything I’d expect Leia’s mother to be. She was strong-willed, she was a queen (one of the youngest Naboo queens in history, I might add,) she was a warrior, and she simply was a perfect character. I absolutely loved Padme’s introduction into the Star Wars universe and I couldn’t ask for a better mother of the iconic Princess Leia. You would think George Lucas would keep her awesome momentum going right? Wrong!

The next time we see her in Attack of the Clones it’s like she’s a completely different person! Her voice has changed and become lighter. Her look is more flirtatious and not that of the queen she used to be. Her countenance does not emit the strength that it once did. It’s like as if another actress is playing the character of Padme Amidala, that’s how much the writers changed her.

She should’ve come back even stronger than she was before considering that she had aged ten years and experienced more in life but she became victim to the famed love interest bubble that so many women in movies are reduced to. 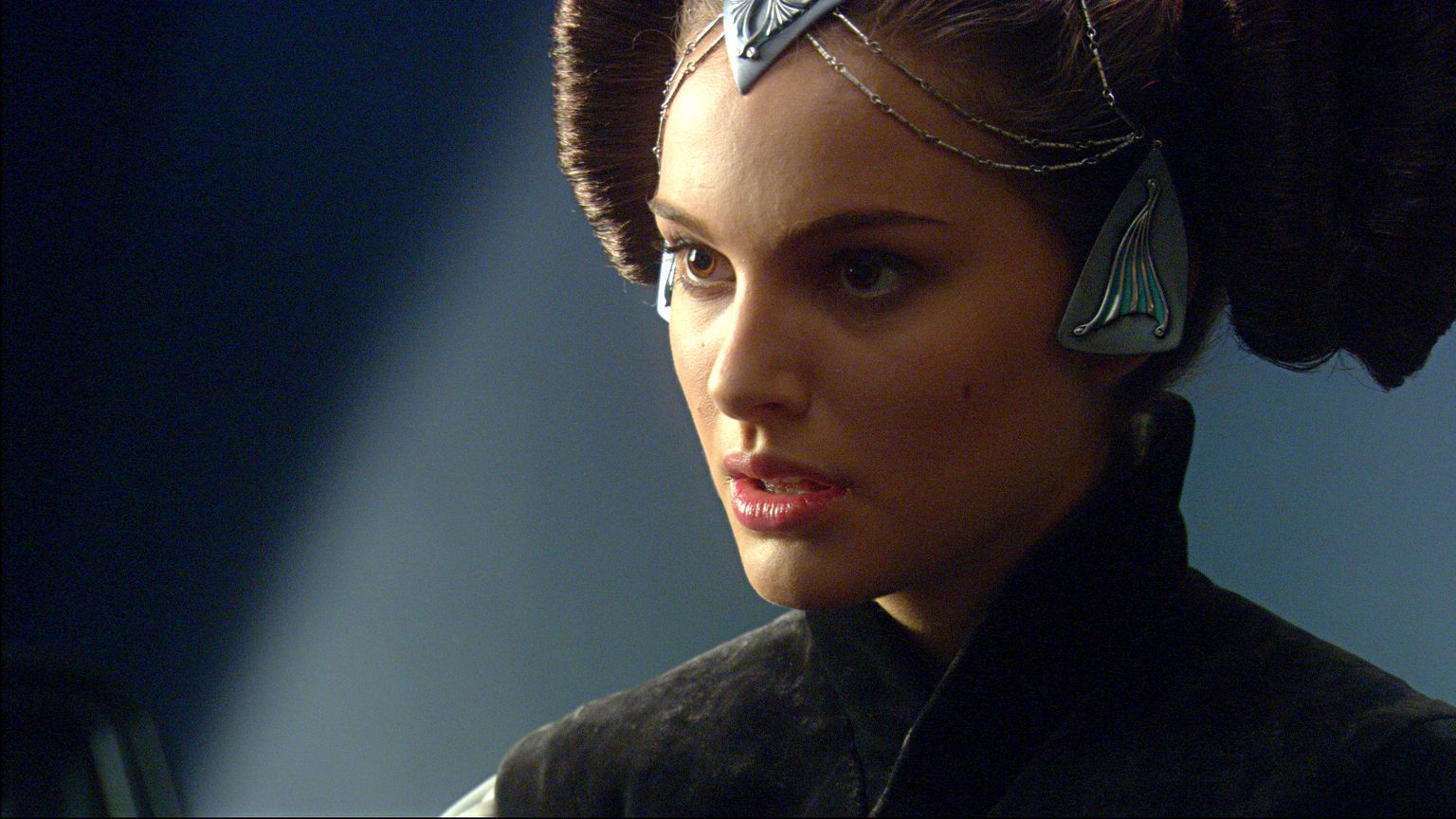 I get that the story of the prequel trilogy is frankly the story of Anakin Skywalker’s fall to the dark side but that doesn’t mean you should take such a remarkable heroine and sit her to the side as if she doesn’t even matter? Did they turn Obi-Wan into a corny sidekick/master? No. Padme was the only one whose story was mistreated so terribly.

Can you imagine what the movie would’ve been like if Padme had been a stronger character? The movie, in fact the trilogy, would have been so much better. Imagine if she had the tenacity of Jyn Erso, the strength of her daughter, Leia, the emotional prowess of Rey, the authority of Admiral Holdo, and the problem solving of Rose? She would’ve made it very difficult for Anakin to get her to be his future wife.