It became official last week that Survivor: Winners at War was my favorite season of Survivor. Last week’s episode only solidified that statement.

Jeremy Collins is one of my favorite players that has ever played this game. His win on Survivor: Cambodia was legendary, resulting in an emotional final tribal council as he revealed his wife’s secret pregnancy. He would end up winning in an expected unanimous vote and it would turn out to be one of my favorite moments in Survivor.

For the past two weeks, Jeremy has been on the hot seat and for good reason. He’s a likable guy who’s managed to somehow make it to the merge. His fellow Survivor veterans know how dangerous he is and they want him gone. END_OF_DOCUMENT_TOKEN_TO_BE_REPLACED 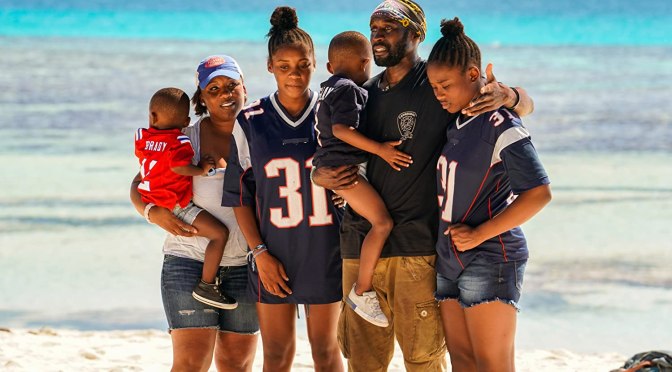 Every season the several remaining Survivor players get a chance to see their loved ones but usually only one loved one is permitted to arrive on the island. Survivor: Winners at War did something historic by letting the players and even the players voted out on Edge of Extinction see their families; I’m talking children and all. Oh man, the tears were pouring and I did everything I could to keep it together. Until the end when something else historic happened; the jury swarming Jeff Probst with gratitude. It really got me choked up. END_OF_DOCUMENT_TOKEN_TO_BE_REPLACED

Survivor: Winners at War has continued to impress me, delivering riveting episode after riveting episode as these players find new ways to make each week more and more interesting. This latest episode, War Is Not Pretty, has definitely been the best episode so far.

There was an awesome reward in Chinese takeout, Sarah gave up her reward to Nick because it was his birthday but the kind gesture only made these veterans skeptical, Michelle gave up her four Fire Tokens to gain a powerful advantage in the game in the form of a 50/50 Immunity Idol which will probably come into play sometime later in the game, paranoia at camp after the Immunity challenge was high, leading to a hilarious scramble from all eleven remaining players left in the game, oh wait, that’s not all. END_OF_DOCUMENT_TOKEN_TO_BE_REPLACED 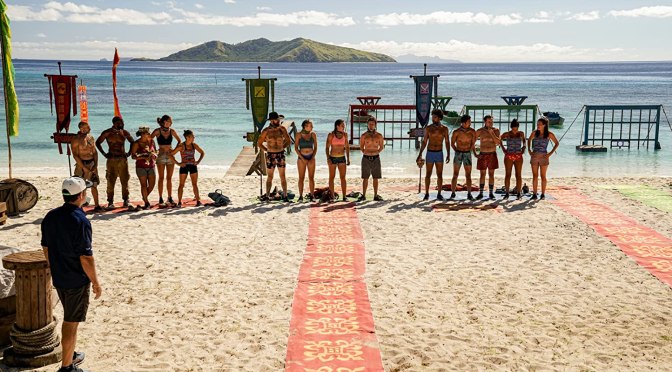 This season’s treatment of the “Old-School” legends has been brutal, to say the least. Four of the greatest people to ever play Survivor have been voted out in stunning succession; Tyson Apostol, “Boston” Rob Mariano, Parvati Shallow, and Sandra Diaz-Twine. Shot after shot has been fired and these great players were caught in the bullseye, either by blindside, blunt rejection, sheer gameplaying, or the ultra use of deception. It’s been a staggering turn of events and I have loved every moment of it. END_OF_DOCUMENT_TOKEN_TO_BE_REPLACED

Survivor: Winners at War has been a really fun season so far with some of the best gameplay in the first six tribal councils. In the last three weeks, we’ve seen the “Old-Schoolers” (I’m dubbing the returning players from Seasons 1-20 as the Old-Schoolers) get a wakeup call in this new-school way of playing the game. First, it was Ethan Zohn blindsided by his “New-School” tribemates, then Tyson Apostol who, led by Sandra, was ousted by an incredible blindside he, of course, didn’t see coming, and then Rob Mariano who was FINALLY voted off when his fellow tribemates were able to see through his renown bamboozling.

Rob would find himself on the hot seat due to a huge twist that put a monkey-wrench in the relationships created so far. The two tribes of fifteen combined were split into three tribes of five people, showcasing a whole lot of switcheroos. One such pairing that was honestly cringe-worthy to watch was Michelle and Wendell’s pairing, considering that the two recently dated and broke up under bad circumstances but were forced to be together on an island.

The tension was legitimate and even I was uncomfortable. This should be a very interesting storyline moving further and I wonder if Michelle will get the last laugh as she sends Wendell packing. We’ll see. END_OF_DOCUMENT_TOKEN_TO_BE_REPLACED

Tomorrow night the fourth episode of Survivor: Winners at War airs and I am once again looking forward to seeing the drama unfold. The first four votes have been very telling; the first person voted out of Winners at War was a woman of color, Natalie Anderson, two other women (Amber Mariano and Danni Boatwright) followed suit as their respective tribes figured they were easily expendable, and last week’s episode delivered the season’s first male contestant to get voted out, Ethan Zohn.

And yet, why is this truly a big deal? Because two of the season’s biggest targets have been on the chopping block two weeks in a row but have, surprisingly, not met the sword yet. Of course, that pertains to Boston Rob and Parvati, two of the most cunning and brilliant individuals to ever play this game. END_OF_DOCUMENT_TOKEN_TO_BE_REPLACED