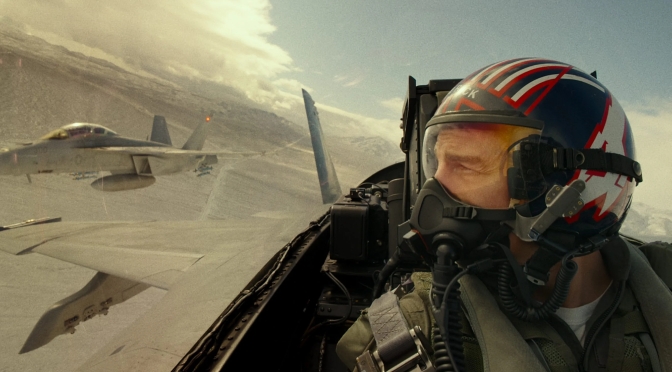 When I watched Top Gun: Maverick in IMAX on Memorial Day a few months ago, I knew I had just seen an instant classic. The film was not only exhilarating with its incredibly made action scenes featuring the actors in real cockpits of real planes having to perform all of these mindblowing stunts but it was a very well-written sequel to the 80s’ classic Top Gun.

It was one of the most memorable movie theater experiences I’ve ever had, with the entire audience not only engaged but equally enthralled in a movie I don’t think anyone was expecting to be that good. When I walked out of that theater beaming with joy I knew that I didn’t want to see it again in theaters (even though I could’ve several times) but I was sure I would watch it again as soon as it was available digitally. Sure enough, now that its digital release is out, I watched it with all of the 4K capabilities that were available to me, and boy did I have a great time.

END_OF_DOCUMENT_TOKEN_TO_BE_REPLACED

So, to give some early context to this review, I am a young Black woman who loves Tom Cruise movies and yet never had an interest in watching the original Top Gun film. I knew it was one of his most iconic movies, I knew it had a major following, I knew that it became one of the iconic films of the 80s’, and yet there was always something that made me not want to watch it. Even as I prepared to watch its highly-anticipated sequel, even as I noticed that it was available to watch on Netflix, I could never get the urge to watch the film. That being said…the sequel is a phenomenal movie.

END_OF_DOCUMENT_TOKEN_TO_BE_REPLACED

If you’ve read my blog recently you will know that Mission: Impossible-Fallout was my favorite film of 2018 and for good reason. Yes, there were fantastic films like Black Panther and Avengers: Infinity War, Solo: A Star Wars Story and A Quiet Place, but this latest Misson: Impossible movie stood out among its great-movie-brethren because it was, in a word, amazing. From beginning to end this movie sends its viewers on a rollercoaster ride unlike any other with twists and turns, dips and dives, and by the film’s conclusion it leaves you breathless but wanting more.

After obtaining it on Blu-Ray I had a fetish for the film, watching it over and over again because I just couldn’t get enough. I even revisited the two films before it–Ghost Protocol and Rogue Nation–because I was enjoying the franchise so much. Then I got tired and stopped watching it for a little while…until last night.

I was bored, I needed a good movie to watch, and as I rummaged through films on Hulu there was nothing that looked appealing. Bing, goes the lightbulb above my head. I’ll watch Mission: Impossible-Fallout, I say to myself. And I did. And yet again I was blown away.

I know I’ve said it time and time again but this movie is perfect. It really is. Why is it perfect you may ask? Well, I’ll give a quick rundown on the reason why this is clearly one of the best action films of all time.

END_OF_DOCUMENT_TOKEN_TO_BE_REPLACED

Okay, yesterday was eventful because I watched SO many movies yesterday. I’m talking watching movies from 6am to 9pm before finally passing out into la la land (I’m meaning sleep, not the movie, lol.) It was such a random movie day that I wanted to share miniature versions of my experience with each film that I watched yesterday. Enjoy!

The First Movie: The Last Samurai

If you’re new to my blog you may not know this but The Last Samurai is one of my favorite movies of all time and it’s my personal favorite Tom Cruise film.

This movie, set in the 1800s’ and documenting the last days of the awe-inducing Samurai through the eyes of American Captain Algren (Tom Cruise), is an absolutely beautiful movie. Its sweeping score, composed by Hans Zimmer, carries the emotion of the film incredibly, leaving me in sheer awe (and goosebumps) every time I’ve ever watched this film. Ken Watanabe would get his only Oscar nomination for this movie as he portrays the leader of the last Samurai, Katsumoto.

Honestly, this movie needed more accolades, including a Best Picture nomination because it is utter perfection. Unlike The Great Wall which clearly follows the narrative of the superhero white guy (Matt Damon, in this case) who seems to know more and be more skilled at everything than the actual Chinese, The Last Samurai never tries to act like Tom Cruise’s Captain Algren is the savior of the samurai and I appreciate that.

He is merely a spectator and a friend who happens to share in this historic event alongside Katsumoto.

And yeah, every time I have ever watched this movie it has made me cry buckets. But unlike most movies which have super emotional scenes at the end of the film, The Last Samurai‘s emotional moments start with roughly forty minutes left in the film, hence leaving me sporadically crying my eyes out for forty minutes straight. So, as can be expected, when the movie ended and I was left wiping the waterfalls protruding from my eyes, my head was throbbing. What a way to start the morning right?

END_OF_DOCUMENT_TOKEN_TO_BE_REPLACED

Mission: Impossible 7 is supposed to come out next Fall but the only way that’s going to happen is if the movie can be filmed. Well, it seems that Tom Cruise and co. have started production on the film and can resume filming in the UK so…oh yeah!

This is very exciting news and I cannot wait to see what Cruise and writer/director Christopher McQuarrie have up their sleeves for the next installment. 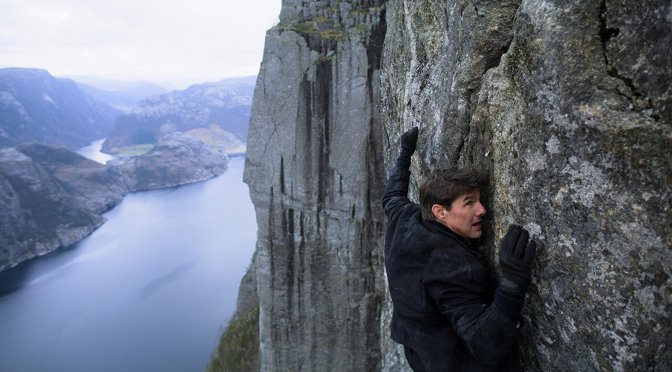 I saw Mission: Impossible-Fallout two years ago and I can tell you, it’s still blowing my mind. I’ve seen a LOT of action movies but I’ve never seen an action film quite like this before. It’s astounding to watch and an absolute treat. But this doesn’t dissuade from the other Mission: Impossible movies’ awesomeness. For over two decades Tom Cruise has taken the character, Ethan Hunt, to new locations, new heights (literally,) and new insane obstacles that seem, well, impossible to complete. And yet Ethan Hunt still finds ways to save the world, even if it comes at the last. Possible. Second. It’s the best!

But how do these films rank in this action-packed franchise? That’s what I’m here to share with you. Enjoy!

I watched Mission: Impossible II a few years ago and while it did possess one of Tom Cruise’s most jaw-dropping stunts in the franchise the movie was really, really bad. There was WAY too much slow-motion and a little bit too much smooching for my liking. It was so bad in fact that I’m kind of surprised they made a third Mission: Impossible film…but I’m glad they did. 🙂